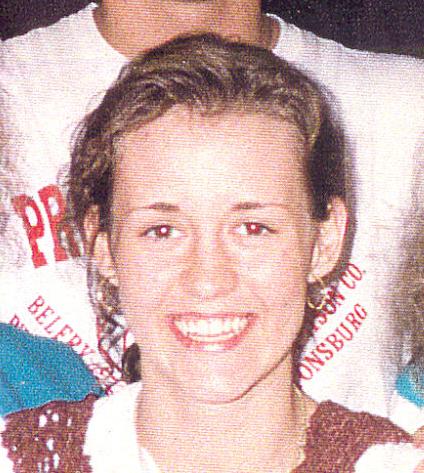 For many Pulaski Countians, life is divided into two very distinct sections — before Aug. 31, 1995, and after.

On that day, two beloved Southwestern High students, 17-year-old Matthew Coomer and 15-year-old Taiann Wilson, were on a first date. It was a picnic on the banks of House Fork Creek near Tick Ridge in western Pulaski County, where Matthew and many of his relatives made their homes.

“I was the link between Matthew and Taiann,” said Missy Patterson, Matthew’s first cousin and Taiann’s friend and basketball teammate. “I set them up. They were inquisitive about each other — Matthew would ask about Taiann and Taiann would ask about Matthew.

“I can tell you this ... they were so alike in that they always saw the good in everyone,” Missy added. “They both made your life better just by being a part of it.”

But on that fateful Labor Day weekend, the people who loved Matthew and Taiann were shaken to the core. The young couple crossed paths with 25-year-old Jeffrey Brian Coffey, and the aftermath sent shockwaves through the entire community.

“I told Taiann to be home by 10 p.m. — when she was late, I started to get worried. It wasn’t like her,” said Sue Wilson, Taiann’s mother.

“I went looking for Taiann, but I didn’t really know where to look,” said Tonya Bauumgardner, Taiann’s older sister. “I parked in Nancy and was looking at the cars as they passed. I remember seeing four police cars and then the coroner’s van.”

Coffey had shot and killed Matthew and then proceeded to stab Taiann to death. The crime was senseless — and the brutality was unthinkable.

“When they performed the autopsy on my sister, they stopped counting at 117 stab wounds,” said Tonya, her voice cracking with emotion. “I don’t know how a human being could do what Jeff Coffey did to Taiann.”

Although Coffey was convicted of the double-murder two years later, he was spared the death penalty. Instead, a Laurel County jury recommended life in prison without the possibility of parole for 25 years.

Now those 25 years have come and gone — with friends and family still mourning the loss of Matthew and Taiann.

“Sometimes it feels like it happened yesterday,” said Bonnie Coomer, Matthew’s mother. “We’ve tried to move on, but we have a reminder every year when Aug. 31 rolls around. The hurt, the pain, the anger — it’s still with us every day.”

In June, Coffey is up for parole for the first time — and the people who have mourned Matthew and Taiann for all these years want to make sure they’re not forgotten ... that Coffey’s actions that day are not forgotten.

“(Coffey) should have gotten the death penalty. I believe that,” said Ray Coomer, Matthew’s father. “I said all along if someone didn’t have the balls to flip the switch on that guy, I would’ve done it.”

Ray’s brother, former Somerset Police Officer Allan Coomer, agrees. It was Allan who had to tell his older sibling that his son was gone.

“I had gotten a tip that something was going on and it involved my family,” Allan recalled. “When I got to the station, I found out that Matthew had been killed. I’ve done a lot of death notifications in my 40 years of law enforcement, but telling my brother that his boy had been murdered — that was the toughest thing I’ve ever done.

“I honestly couldn’t believe Coffey didn’t get the death penalty,” Allan added. “Judge (Roderick) Messer said at (Coffey’s) sentencing he would give him the death penalty if he had the power. But the jury recommended life in prison. So here we are.”

For Matthew and Taiann’s young classmates, the brutal crime was a cruel introduction into an adult world, far removed from ball games, dances and parties with friends. The stark reality of life touched them all that day.

“It was life-changing for a very close-knit group of friends,” said Justin Bridges, who along with Taiann and Missy Patterson, was a member of the SWHS class of 1998. “Everything changed that day — our whole outlook on life changed. One day Matthew and Taiann were here — the next they were gone.”

Justin and Taiann had bowled together from the age of 8 and were close friends. Justin’s daughter, Harlowe Taiann, is named for his friend.

“It took our innocence away,” Justin added. “We were at a very delicate time in our lives. We were going into our sophomore year and some of us were just starting to drive and have a little more independence. Then this happens and all of a sudden the things that kids typically think about didn’t seem so important. The teen-age stuff just didn’t matter as much.”

Missy Patterson lost a beloved cousin she grew up with, as well as a best friend.

“The hurt just never goes away,” Missy said. “Some little something will pop up on TV or you’ll hear a song — and it takes you back.

“A few years ago, I went to a little fashion show and Taiann’s niece, Bailey, was in it,” Missy continued. “She looked so much like Taiann that it brought tears to my eyes.”

The friends and family of Matthew and Taiann have touched base recently. They have all prepared pleas to the State Parole Board.

The theme of those pleas are simple: “Jeffrey Coffey should never see the light of day again,” said Bonnie Coomer.

“Our lives changed in an instant when the sheriff told me that Taiann had been murdered,” Sue Wilson said. “It was horrific. Matthew had been shot through the heart and Taiann had been stabbed over 100 times and nearly decapitated.”

Matthew, who was entering his senior year at SWHS, was the incoming president of the school’s Future Farmers of America organization. Missy Patterson said FFA presidents from all over the state attended his funeral.

Taiann was an animal lover who dreamed of attending the University of Kentucky and becoming a marine biologist. She wanted a red Jeep for her 16th birthday — which she never got to see.

“These two kids had their whole lives in front of them,” Sue Wilson said. “Taiann and Matthew cannot speak for themselves to this parole board. But we will speak for them.

Tonya Baumgardner fears the worst if Coffey is ever set free.

“He’s a monster ... if you watched him at the trial, there was no remorse. He’s soul-less,” Tonya said. “I feel in my heart that if he ever gets out of prison, he’ll kill again.

“No family should have to go through that,” Tonya added. “I want to make sure Jeffrey Coffey can never destroy the lives of so many people again.”