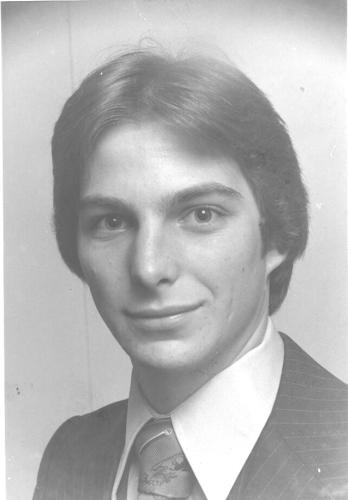 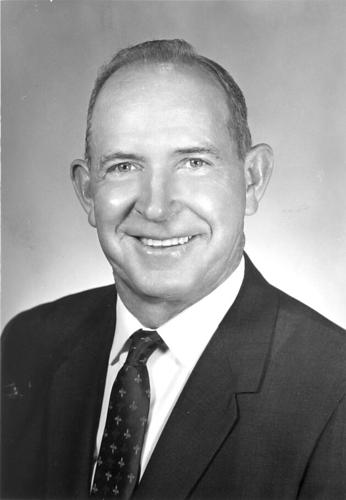 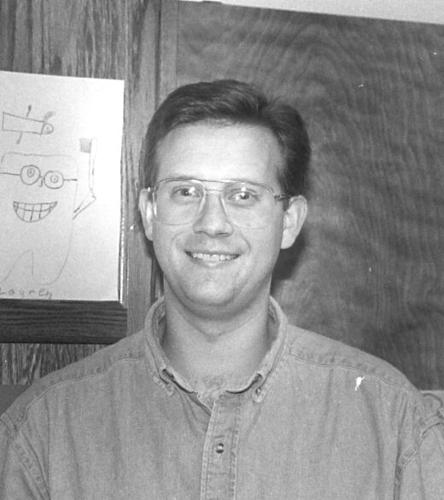 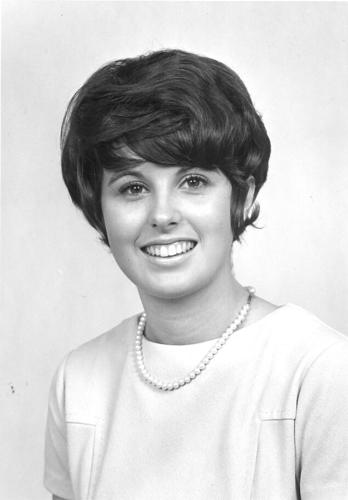 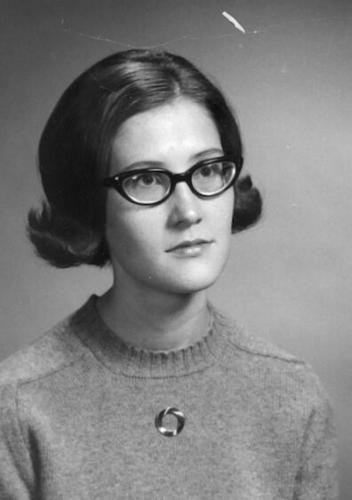 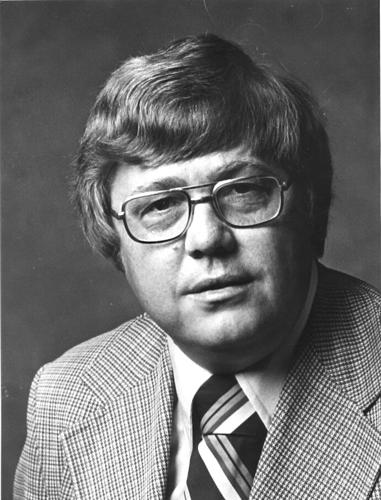 Our journey through December of 2002 has certainly stirred up many memories for me, since several of the articles written at that time bear my byline. I remember going to the home of Steve and Barb Sterling, taking my then-five-year-old son with me to see their impressive Christmas light display. My son asked me if we were at the North Pole!

Whether you have children in your life right now or not, I hope you have taken some time this season to soak in the sights and sounds of the Christmas season, and I hope you’ve found joy in the midst of what can be a very hectic time of year. Merry Christmas!

Here’s what was newsworthy in Pulaski County 20 years ago this week, from the Dec. 22-27, 2002, editions of the Commonwealth Journal.

Projected Cloverleaf Exchange has Supporters and Critics in Burnside

A big-city type cloverleaf interchange is in Burnside’s future, and the project in the northern corporate limits has both supporters and critics. Now in design stage, the interchange will have an overpass to take traffic on Ky. 90 over U.S. 27 and Norfolk-Southern Railroad tracks. … Not everybody is thrilled about the massive highway improvements. “In my working with it, it will hurt Burnside bad,” said Burnside City Clerk Cecil Goff. Goff said the city will lose a large chunk of property, which translates into a loss of tax base. … Mayor-elect Jim Rasnick is more optimistic. “When all this is complete, there will be enough vacant land along the improved 27 to allow for commercial development,” Rasnick said.

Rasnick Sworn in as Burnside Mayor

Jim Rasnick, who defeated incumbent Dolores Sizelove in the Burnside November elections, will take over the Burnside mayor’s office at the beginning of the year.

Lake Cumberland Area Drug Task Force Director David Gilbert is overwhelmed with a drug problem that is infesting Pulaski County. … Within the past year, Gilbert said the Lake Cumberland Area Drug Task Force has investigated 112 trafficking cases. Sixty-one percent of those cases were “diverted prescription” cases, or prescription drugs that have been diverted from legal use.

Steve and Barb Sterling moved to Pulaski County eight and a half years ago, bringing with them their tradition of decorating for the holidays in a big way. The Sterlings say they start decorating for Christmas in October and turn the lights on nightly beginning around Thanksgiving. “We used to always say we do it for our kids, but our youngest child is now 25,” says Barb.

Fire Takes Cheer out of Christmas for Two Families

Two Pulaski County families lost their homes in fires which broke out on Christmas day. The first was reported by a firefighter who happened to be driving past the trailer (on Ky. 192) around 12:55 a.m. … On Christmas night, another trailer fire on Anderson Drive was reported by a passerby at 10:18 p.m.

-The Somerset Junior Womans Club will be sponsoring the third annual New Year’s Eve Extravaganza on Tuesday, Dec. 31, at The Center for Rural Development. Tickets are $30/person, $50/couple, or $200 for a table for eight.

-Somerset High School would like to welcome their new school nurse, Elizabeth Herndon. A former employee of the Allergy and Asthma Clinic, Ms. Herndon is married to Jeff Herndon, a local physical therapist.

-Fifth graders from Burnside and Southern elementary are doing service projects throughout the year. Adopting an adult day center, Pulaski Day Services, is among the projects. “These students are heeding a call that President Bush recently made, calling on kids across the country to work for their communities.”

-Air Force Airman Melissa S. King has graduated from basic military training at Lackland Air Force Base in San Antonio, Texas. King is the daughter of Beverly Morgan of Somerset and Kenneth King of Nancy. She is a 2002 graduate of Southwestern High School.

Chickens, other poultry, and their eggs were the number two money maker for Kentucky farmers last year, bringing in $603.9 million. That was less than horses, but more than tobacco.

-President Bush received a smallpox vaccination Saturday, fulfilling a promise he made when he ordered inoculation for a half million U.S. troops. … Smallpox was eradicated in 1950, but with war in Iraq a growing possibility, the President said that the U.S. was evaluating “old threats in a new light” after the Sept. 11 attacks.

-Laura Bush urged Americans to keep the relatives of last year’s Sept. 11 attack victims in their hearts this Christmas season as they reach out to the poor and lonely.

-The U.S. economy grew at a healthy four percent rate from July through September, the government said Friday, but analysts remained concerned that rising unemployment and weak consumer spending will trim growth to just half that amount in the current quarter.

-Curtis VanHook, 76, of Somerset, died Dec. 19, 2002, in the St. Joseph Hospital in Lexington. He was a retired engineer of electronics for the FAA and a U.S. Navy veteran of World War II. He taught for the Pulaski County school system and was a member of the Oak Hill Baptist Church. Funeral services will be held at the Pulaski Funeral Home on Tuesday, Dec. 24, at 11 a.m. Burial will be at the Mill Springs National Cemetery.

-Sondra Sue Tarter, 63, Parkers Mill Road, Somerset, died Monday, Dec. 23, 2002, at Lake Cumberland Regional Hospital. She was born in Somerset Sept. 8, 1939, daughter of Clarence and Mable Muse Love. She was a pastor’s wife and member of Parkers Mill Baptist Church. Survivors include her husband, the Rev. Eugene Tarter, whom she married July 6, 1957; her parents; two sons, Richard Love (and Vicki) Tarter, Texarkana, Texas, and the Rev. John (and Cheryl) Tarter, Texarkana., and many other relatives. Funeral services will be 11 a.m. Friday, Dec. 27, at Parkers Mill Baptist Church with Bros. Earl McBride and Bill Johnson officiating. Burial will be in Somerset Cemetery.

Stephanie Layne Moody, daughter of Mr. and Mrs. David Moody, and Mark Anthony Henderson, son of Mrs. Kathryn Corder and the late Johnnie Henderson, were united in marriage at 2:30 p.m. on Saturday, June 29, 2002, at First Baptist Church in Somerset. The ceremony was officiated by Dr. Paul Chitwood. A reception followed the ceremony in the atrium of The Center for Rural Development.

This Week in Local Sports:

-Pulaski County girls basketball team fell to 5-3 on the season with the 78-47 loss to the Greenwood Gators. “I thought we were horrible in all aspects of the game,” said Mike Sowers, Pulaski County head coach. Junior Tarah Combs scored 23 points.

-The Brian Elliott era of Pulaski County boys’ soccer may be over. Elliott recently resigned his position for personal reasons. In six years, Elliott’s teams went 71-51-1.

-The Somerset High School girls’ basketball team lost both games in the 5/3 Bank Prime Time Classic on Friday and Saturday.

-Uniquely Yours – 206 E. Mt. Vernon Street. Closeouts and upscale consignment for the home. Thanks for making our first year a success!

-Alltel of Somerset – Introducing DSL Lite for $35/month. Downloads faster than dial up, always-on connection, simple to set up, no need for a second phone line, ALLTEL internet included, includes a free modem.

-Now hiring – The Communities at Oakwood located in Somerset, Ky., is hiring individuals to work in the recreation department. Work shift, 12:30 p.m.-9 p.m. and required to work every 3-4 weekends. Hourly rate begins at $6.62 per hour and may be adjusted based on experience.

Showing This Week at Showplace Cinemas:

A Message from Our Beloved Humble Reporter: