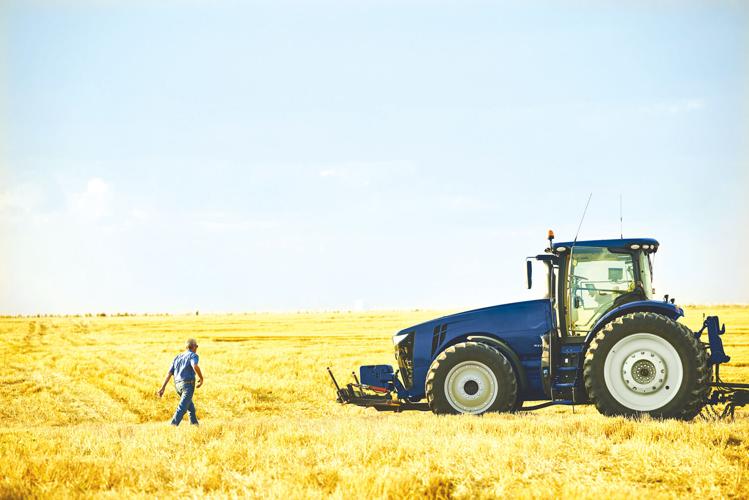 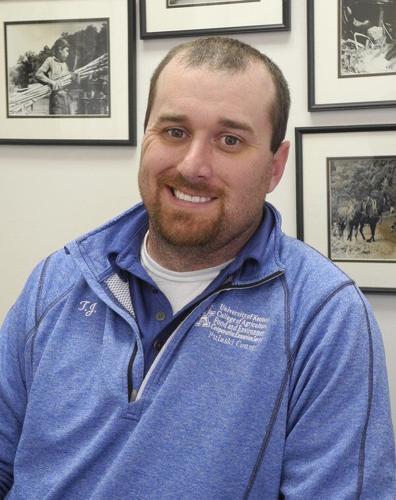 Materials commonly used as lime are either ground-up limestone rock, ground-up marl or products of limestone which have been altered by burning to make them more water soluble than the ground-up rock itself. By far the most common liming material in Kentucky is ground limestone (aglime), most of which is calcium carbonate. When applied to soil, the liming material reacts with soil moisture to release particles of calcium. The rate at which the lime material dissolves to release these particles is largely controlled by how finely it is ground and the chemical form of the material (carbonate, oxide or hydroxide). The finer the material, the more rapidly it dissolves. Oxides (burned lime) and hydroxides (hydrated lime) are more soluble in water and react much more quickly than carbonate forms of lime (calcitic aglime or dolomitic aglime). Calcium particles are attracted to and are held by clay particles in soils after the liming material dissolves. This neutralizes soil acidity, increasing soil pH readings. It also means that lime does not move very fast downward through soil. With the exception of extremely sandy soils, although it should be applied far enough before planting to allow time for adequately reacting with the soil and neutralizing acidity.

It is important to have enough available nitrogen in the soil at the time when the crop’s growth is most rapid. Basically, we use two types of nitrogen: 1) ammonium or ammonium formers (urea, anhydrous ammonia); and 2) nitrate forms. In aerated soils, ammonium nitrogen is changed in the soil to the nitrate form. The nitrate form is completely soluble in soil water and therefore moves in the direction of soil water movement. Soil temperature influences the rate at which ammonium nitrogen is changed to nitrate. It is generally considered that the rate at which this change takes place is negligible at freezing or below, while at soil temperatures above 50°F, the conversion rate is rapid. In Kentucky, soil temperatures during the winter generally do not stay cold enough to completely prevent conversion of ammonium nitrogen to nitrate nitrogen. This means that fall or winter application of urea, or other ammonium forms of nitrogen fertilizers to fallow land is not a sound practice.

Since nitrate nitrogen moves with soil water, it is subject to loss from the plant rooting zone by leaching during periods of high rainfall. An excess of water usually occurs in Kentucky during the months of December to April. Since nitrate contains oxygen in its structure, losses of nitrogen fertilizer from water-logged soils can be quite severe. Even with precautions, there will be occasions when split applications of nitrogen should be helpful. For example, heavy rains following applications of N can result in leaching losses from permeable soils or in denitrification losses in soils which tend to waterlog.

Phosphate fertilizer, when applied to soil, reacts very rapidly to form compounds that are less soluble than the form in which the fertilizer was added. For this reason, phosphates are not mobile in soil, and leaching losses of phosphate are insignificant in Kentucky soils. Erosion of surface soil containing applied phosphates is the most likely way in which phosphates would be lost from soils. Since phosphates are relatively immobile in soil, it is not important that phosphate fertilizer be applied during the crop’s growth cycle. The long residual value of phosphates in soil will make them available to crops over long periods of time. It is rare that more than 25 percent of phosphates applied to a crop is used in the first year after application.

Potassium dissolves from fertilizer in the soil, is attracted to clay particles, and is then held tightly enough that leaching losses are low. In sandy soils which have very little clay, leaching losses of potassium can be a problem. This is not of general concern in Kentucky, however, since only a small portion of agricultural land in Kentucky is of sandy texture. In most Kentucky soils, potassium is not likely to leach, and there should be no great practical concern over when it is applied to the soil. The most likely losses of potassium would be through sediment losses from erosion. It is unlikely that more than 40 percent of potassium applied in a given year would be used by crops during that year.