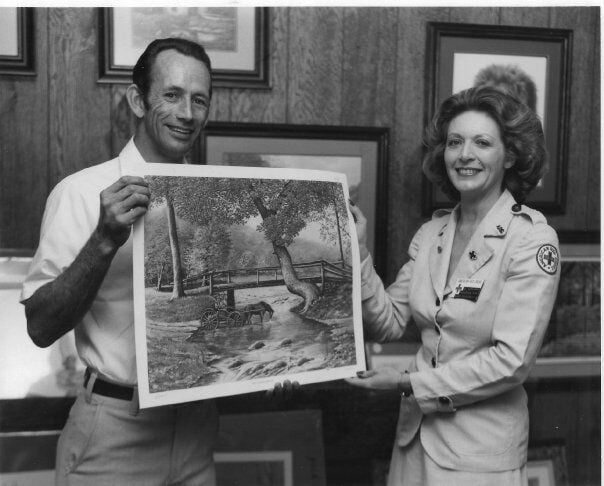 The late Fred Thrasher (left) would often donate his work to raise money for charity. 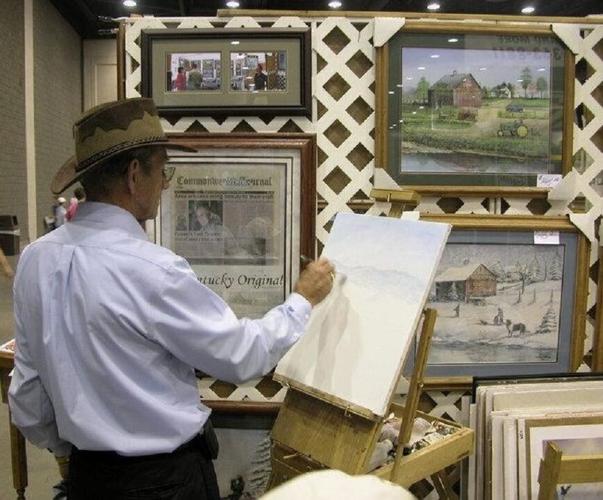 Kentucky artist Fred Thrasher passed at the age of 83. The legendary local artist, a longtime Bronston resident originally from Clinton County, whose works depicted the America of yesterday seen through the eyes of today, was a fixture of the art community for decades, with his final work coming in 2014. 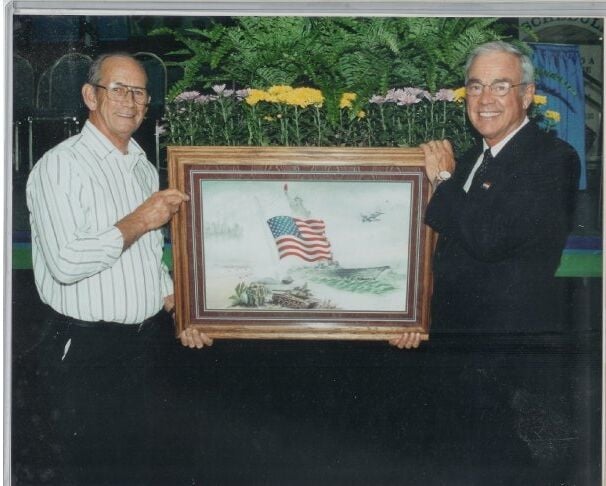 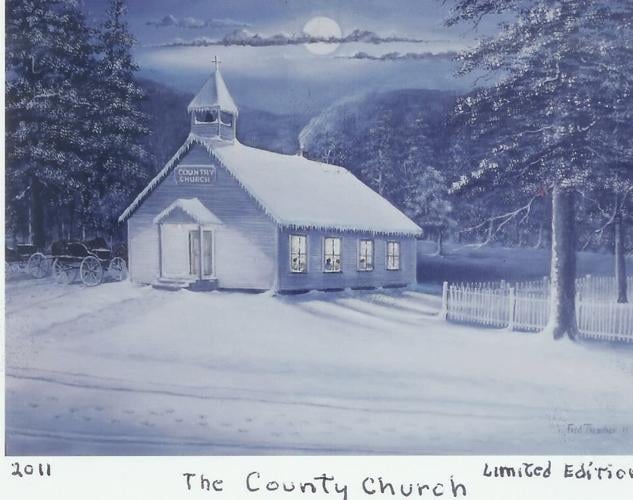 The late Fred Thrasher (left) would often donate his work to raise money for charity.

Kentucky artist Fred Thrasher passed at the age of 83. The legendary local artist, a longtime Bronston resident originally from Clinton County, whose works depicted the America of yesterday seen through the eyes of today, was a fixture of the art community for decades, with his final work coming in 2014.

Kentucky artist Fred Thrasher passed at the age of 83 from a long, hard-fought battle with end-stage COPD complicated by a recent fight with COVID-19, surrounded by loved ones.

The legendary local artist, a longtime Bronston resident originally from Clinton County, whose works depicted the America of yesterday seen through the eyes of today, was a fixture of the art community for decades, with his final work coming in 2014.

Desiring to support his growing family – his childhood sweetheart Betty, as well as his six children – his young family traveled first to Indiana – but soon, home would call, and he would return to Kentucky to set up shop in insurance sales in Clinton County. When he was first licensed, he was the youngest agent in the Commonwealth of Kentucky.

A 1967 ad would prove life-changing, however. As he explained to the Lexington Herald-Leader in 1978, one year into his exceptional career, of his success, “I picked up a magazine one day which had one of those “Draw Me” ads. I drew the deer and sent it off to the Washington School of Art”. A scholarship to a correspondence course would soon follow, which caught him the fundamentals of art.

After several years treating art as “a hobby” and occasionally a novelty to augment his insurance sales, he decided to pursue art full time. Starting with a commission for the local Clinton County High School, he sold 1000 copies for $10 each. The first run of 1000 prints sold across 28 states, and one was even sold to a man in Saudi Arabia.

With that, a career was born – but first, inspiration was needed. When asked later how he decided on what to paint, he told the story “I was driving home and stopped off at a stream to get a drink of water. I just looked around at how beautiful it was and thought this would be a painting I’d buy and would put in my house.”

Success, at first, was not a guarantee. Although his initial paintings and sketches had done well, art was a notoriously tough career to make a living in – and Fred had six kids and a wife to think about. When his career began, he promised his wife Betty that if the change to art wasn’t putting food on the table and a roof over their heads within 2 years, he’d give it up and go back to insurance.

He never sold insurance again, and four and a half decades later his art hangs on the walls of at least some homes in every state in this country and quite a few other countries as well.

The themes of friendship, human connection, along with nature, of home, and times gone-by and our own fond recollections of them would go on to span across hundreds of paintings.

Certain themes would be revisited, often with a seasonal flair – the same setting would be revisited across all four seasons, showing both the passage of time but also how each season affords it’s setting its own specific charm and beauty. His “four seasons” collections would become some of his most prized works.

Describing his art, he once noted “with all the traffic and busy hustle of daily life, I feel that if I can take someone emotionally back to a place that’s full of peaceful memories, even just for 5 or 10 minutes, I’ve truly accomplished something.”

For the next 35 years he traveled around, visiting and working with galleries, studios, festivals, state fairs, and conventions to forge the relationships that would make his art career a success and build the connections with those who enjoyed his work that, in many ways, was the true gift of his art career.

On the eve of his retirement, when asked to look back on his success, he merely noted with his characteristic humility that “It’s truly been an honor for people to enjoy my art enough to be willing to buy it and hang it in their homes” – and noting that “I can never repay what a privilege it’s been.“

Although he felt he could never repay that, he nonetheless tried. Multiple prints’ profits were donated to various charitable goals both national and local. His work was recognized by multiple past Kentucky Governors, and a copy of his “American Heroes” painting even found it’s way into the possession of former President George W. Bush, a fellow artist.

He was also a firm believer in the power of everyone to create, and that absolutely everyone possessed at least some degree of creative talent, noting both that “If you eat, sleep, and breathe something, you’ll become good at it”, and that “talent is developed from the outcome of being obsessed about whatever skill you want to learn”. He put out a VHS tape in the 80s offering basic instruction in artist principles, in an encouraging tone that everyone who met him recognized immediately.

Routinely, even into his later days as an artist, if a guest at a festival booth replied with the familiar “I could never do that”, he’d pull out of sheet of paper, and by the time they were done, that person would have drawn their first sketch. Later in life, he’d occasionally get a sketch – or photograph – from a fan of his work who had noted that they had inspired them too to see the beauty in life.

“I picked up a magazine one day which had one of those “Draw Me” ads. I drew the deer and sent it off to the Washington School of Art”