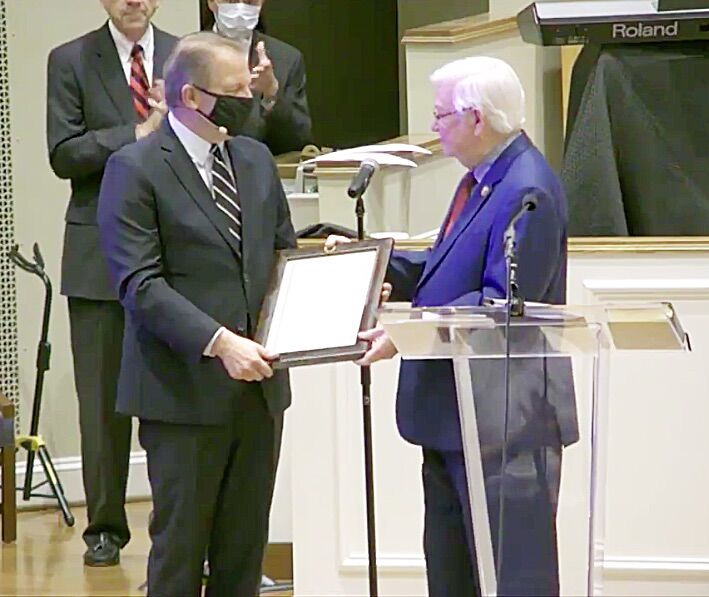 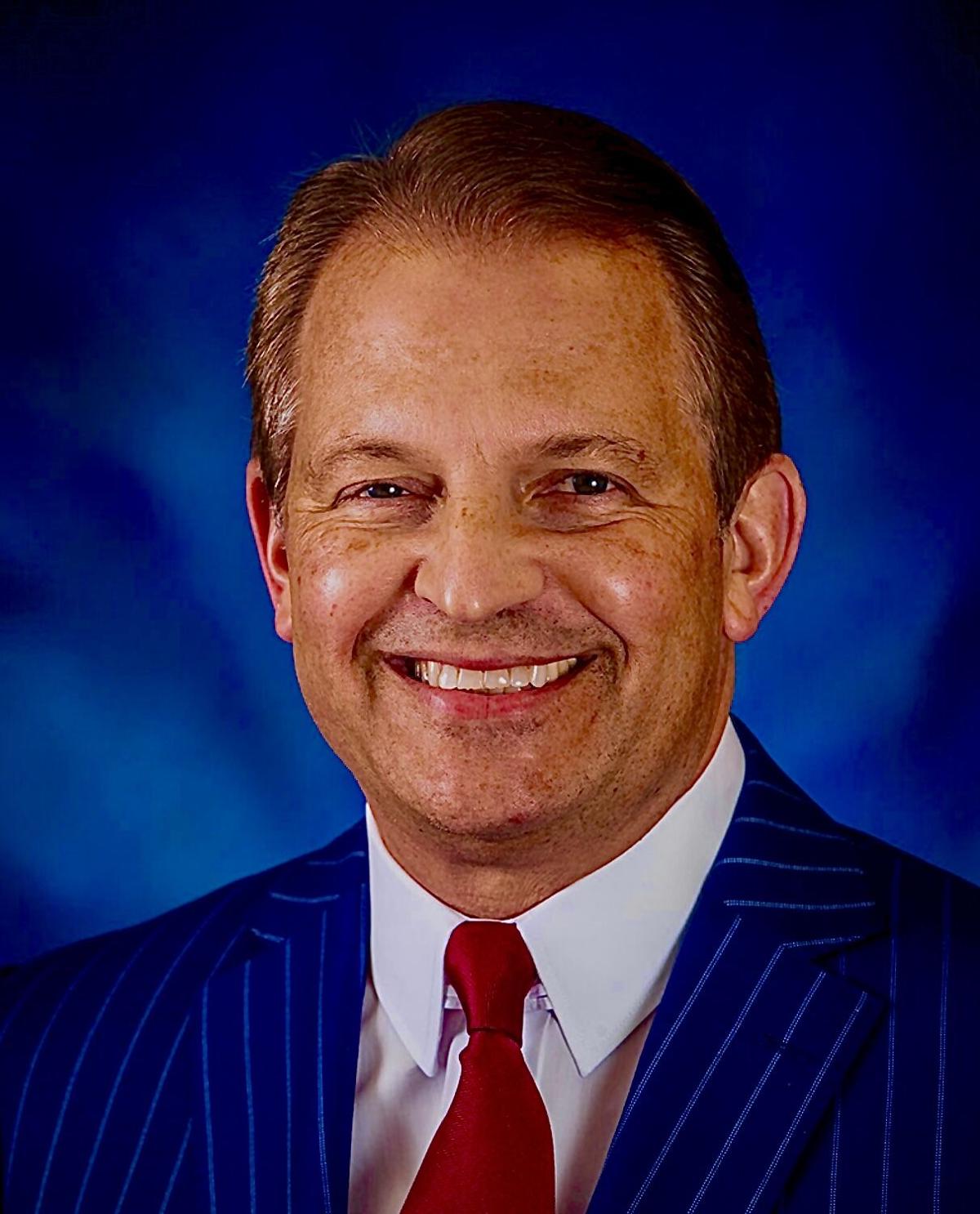 "I had hoped this day would never come, and I think all of us feel the same way."

Those were the words of Congressman Hal Rogers Sunday at First Baptist Church in Somerset, words that made it clear this wasn't your average church service. After 13 years behind the pulpit at one of the community's flagship churches, Dr. French Harmon made his final appearance at First Baptist as pastor, and was given a warm farewell by those who called him both their friend and their minister.

A number of individuals spoke at the service to share their thoughts about Harmon's time at First Baptist, but few held the position of Rogers, not only a longtime leader in the community but of the whole nation as a member of the House of Representatives for four decades.

"When this young preacher came to us ... the church was on the edge of a schism of catastrophic consequences," said Rogers. "Many people expressed doubt that this new young preacher could pull us together enough to save the church. But this quiet, pleasant Gospel preacher brought us all together, and then marched us to great things that only he could envision at that time, and today the church is doing better than at any time in its ancient history."

Clearly, the community welcomed Harmon and his family, and they embraced Pulaski County in return.

"We love Somerset and the people of Somerset," Harmon told the Commonwealth Journal on Monday, following Sunday's service. "We truly invested our lives trying to make a difference, not only in the church but in the community."

Harmon, a native of Ashland, Ky., came to Somerset in 2007, having been serving with the Kentucky Baptist Convention in Louisville at the time. Here, he raised his family — children Trae, Madison, and Jack with wife Rachael — and participated in the community as a baseball coach and basketball coach. He was also a board member for Somerset Christian School and with SOAR (Shaping Our Appalachian Region).

However, Harmon is finding his way back to Louisville with a new job — president and CEO of the Kentucky Baptist Foundation. An organization connected to the Kentucky Baptist Convention, the Foundation "provides charitable gift consultation services for individuals and investment management oversight and accounting services to Kentucky and Southern Baptist-related churches, associations, institutions and agencies and certain other IRC §501(c)(3) organization," according to their website, kybaptistfoundation.org.

"I was approached by the directors of the Kentucky Baptist Foundation. ... They had an opening and felt I was a good candidate for their position," said Harmon. "... I prayed about it and I accepted their invitation to be president and CEO."

This process began in the spring, but Harmon didn't want to immediately leave his flock, not in the midst of the COVID-19 era and the challenges it presents. So despite being hired by the Kentucky Baptist Foundation in June, he stayed "for a season" before departing, but Sunday marked his last service at First Baptist Church.

A search committee for a new pastor has been in effect since June, but no information was available on a timetable for finding the person to step into Harmon's shoes at First Baptist.

Harmon was proud of what First Baptist Church was able to accomplish in his time there. As Rogers put it Sunday, "(Harmon's) servant's heart has never been resigned though to ministry inside a building. Rather, Dr. Harmon has embodied the love of Christ through his outreach in every community where he has lived."

"We did a lot of outreach to disadvantaged people; a lot of it was behind the scenes, I'm not promoting my work here, but a lot of things have been done to really complement the leadership of (First Baptist Church) and others working hard to meet the needs of others," said Harmon, pointing in particular to the Celebrate Recovery ministry to reach people every week who are struggling with addictions of all kinds.

Another thing Harmon is proud of is that his church hosted the Martin Luther King, Jr. Celebration in January every year he was pastor. Serving on various boards, Harmon worked to bring people together on issues where "we need healing." Rogers also noted Harmon's work with Operation UNITE to organize a rally and combat opioid abuse in the region.

Harmon has also been on the Somerset Police Department Advisory Board, the University of the Cumberland Board of Trustees, and opened the U.S. House of Representatives in prayer in February of 2008. He's also written the book, "God's Ordinary Giants."

"As a member of this congregation, I can personally attest ... that countless lives have changed dramatically as a result of his dedication to Christ's great commission," said Rogers.

On Sunday, Rogers presented Harmon with a framed copy of the tribute Rogers made to the pastor and which he entered into the Congressional Record.

Harmon may no longer be a part of the local community of faith, but Somerset will always remain part of his heart.

"It mean a lot, knowing that the people in Somerset were receiving a message of hope," he said, "and of trying to bring a church and community together for a cause we can believe in."