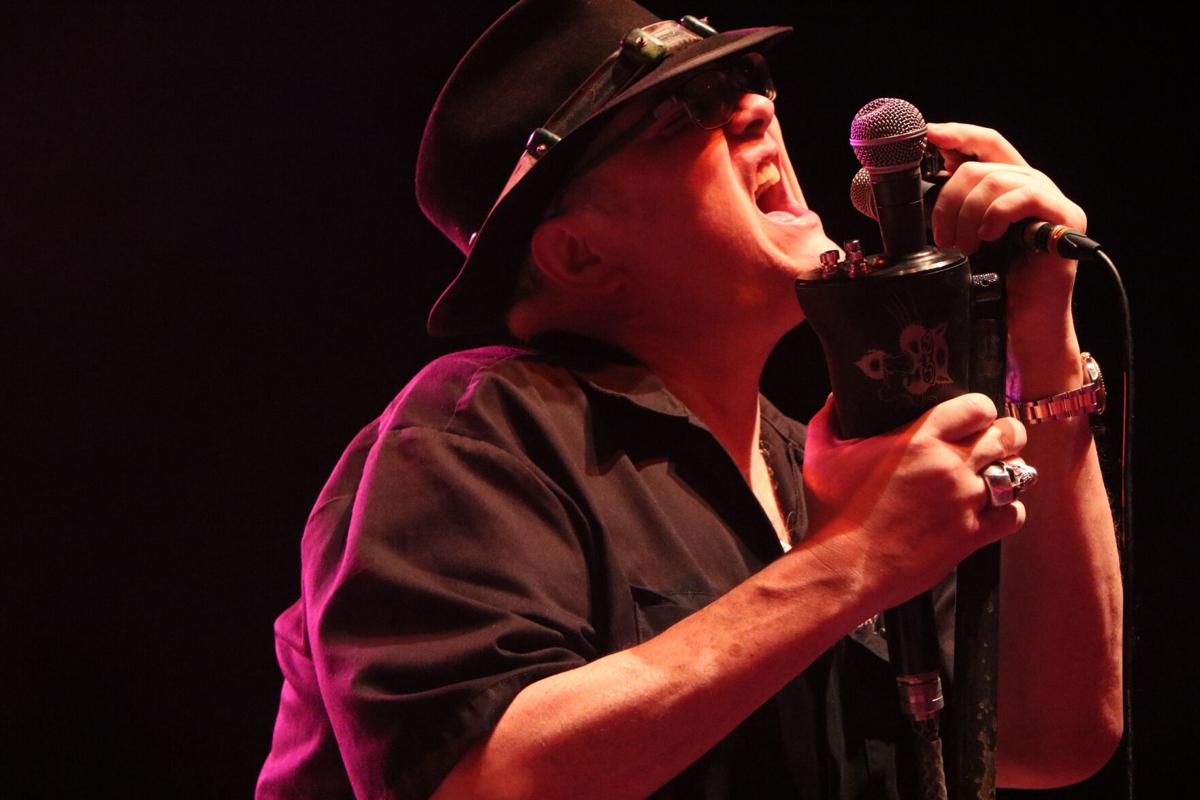 John Popper, front man for 2021 MMF headliner Blues Traveler, put on an energetic show for a record crowd this past Saturday at Festival Field. 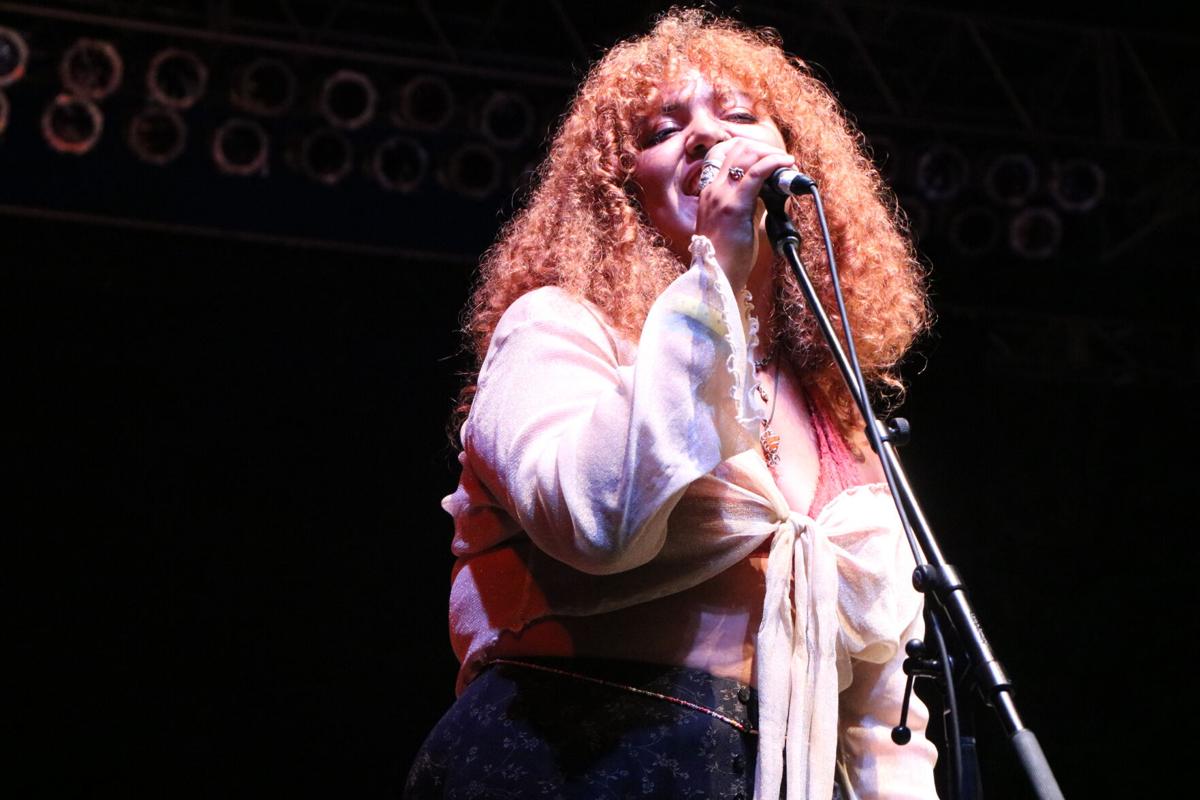 Local talent Maddy Hopson was this year's audition winner with McNeil Music Center and got to perform "I Put a Spell on You" Friday night before The Wooks took the stage. 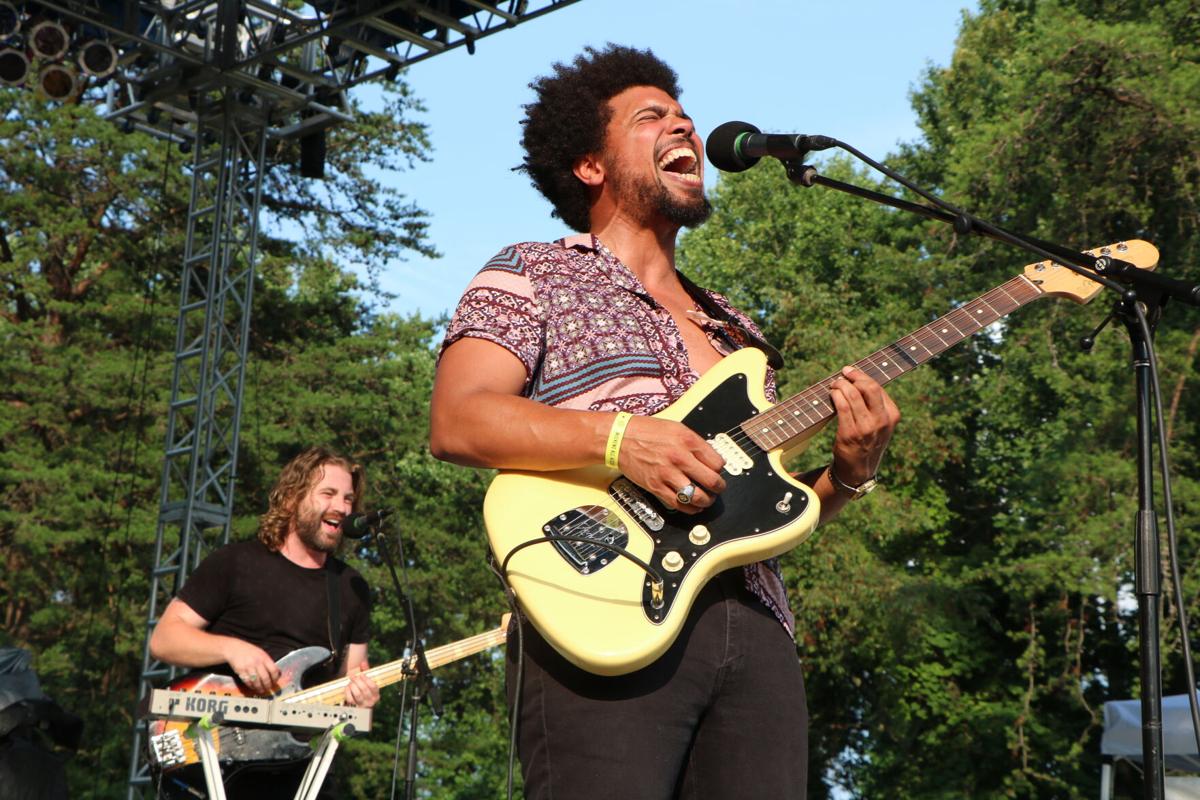 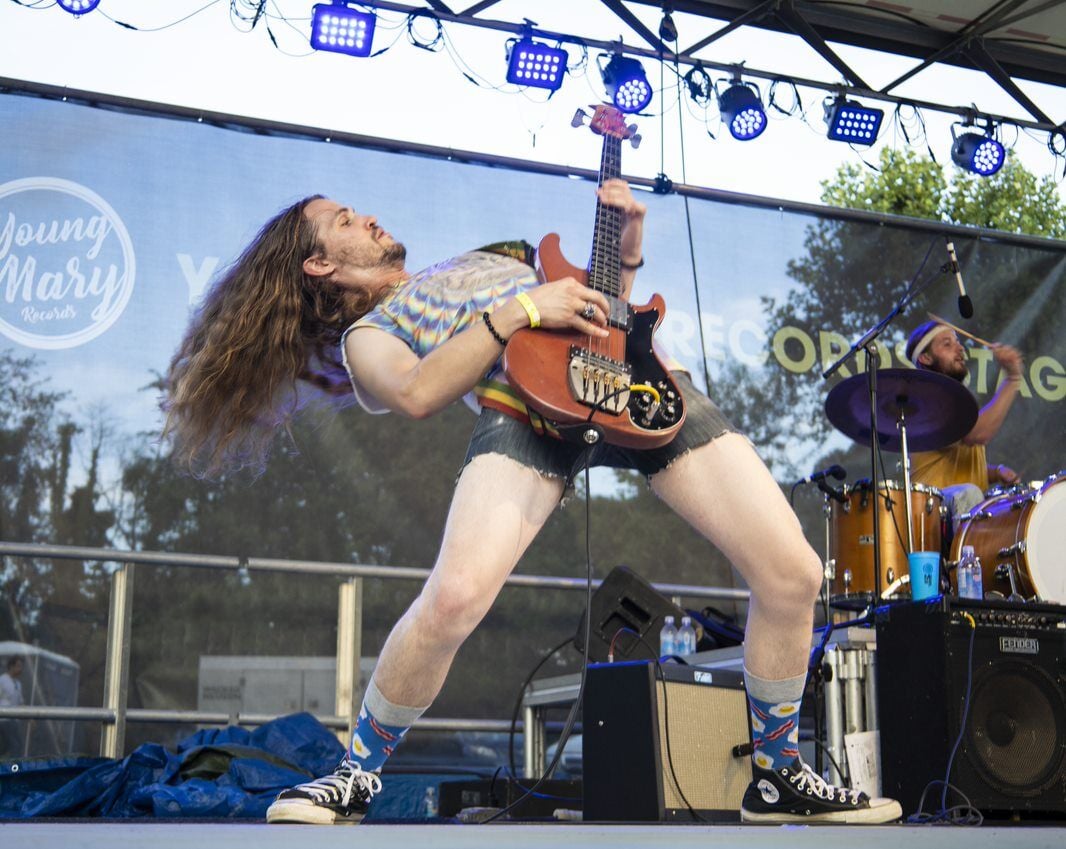 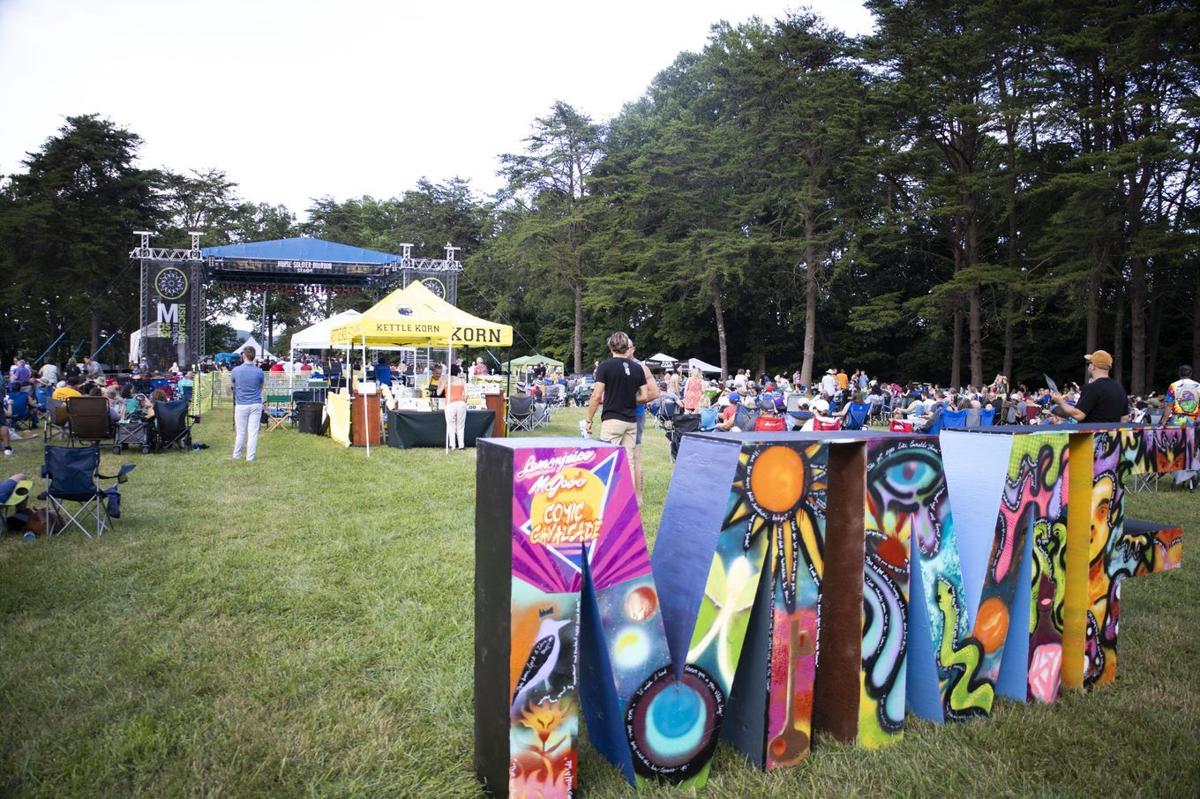 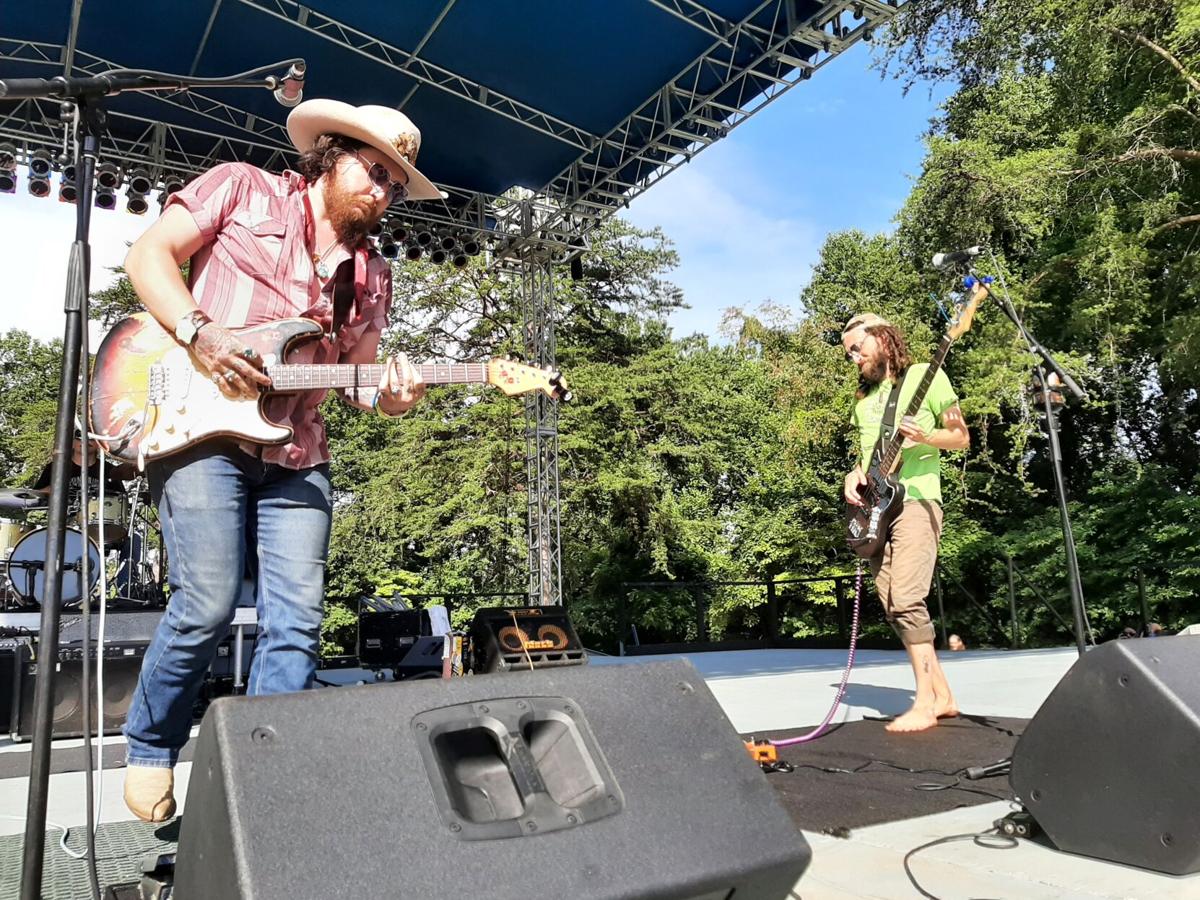 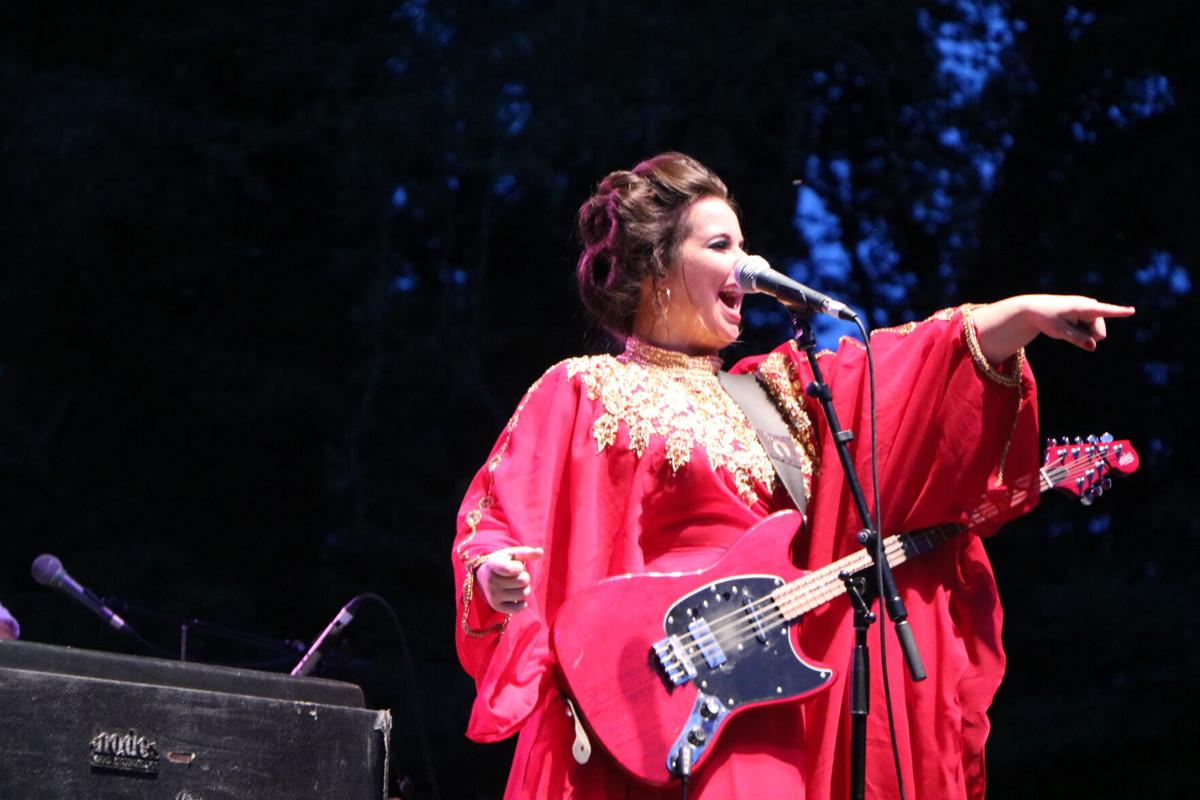 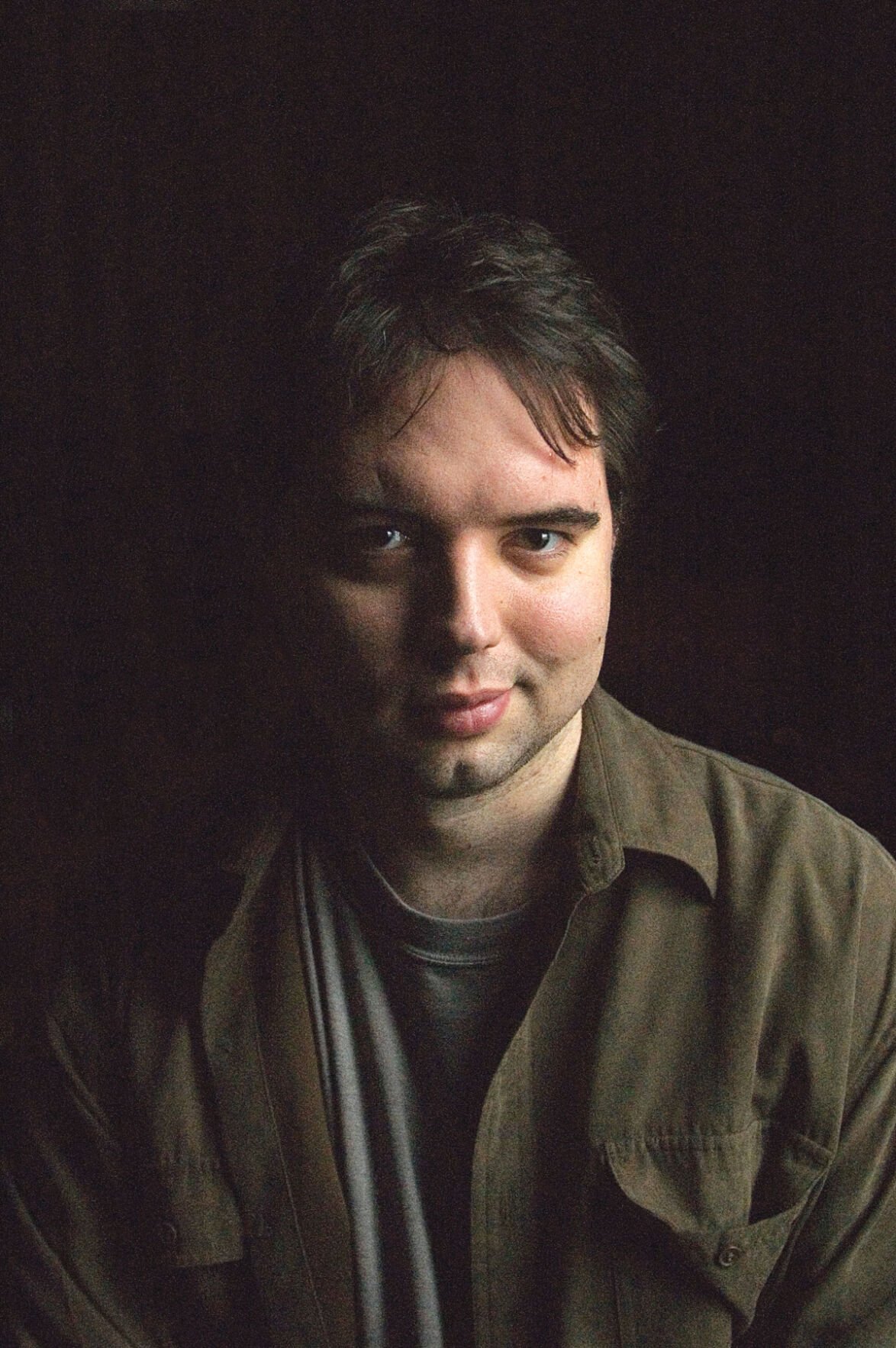 John Popper, front man for 2021 MMF headliner Blues Traveler, put on an energetic show for a record crowd this past Saturday at Festival Field.

Local talent Maddy Hopson was this year's audition winner with McNeil Music Center and got to perform "I Put a Spell on You" Friday night before The Wooks took the stage.

That’s a little unusual. Normally, I see her several times a day over the two-day period of Somerset’s outdoor music festival, running around and making sure everything is copacetic, and I’ll stop and get a quote from her for our first MMF article of the weekend. Of course, this time we have no Sunday edition, so I could wait until Monday to catch up with her about how things went.

But at the end of a record-breaking Saturday, with a joyful, energetic crowd behind us and Blues Traveler performing their most familiar hit “Run-Around” in front of us, I found her in front of the main stage on Festival Field.

“The festival is great this year!” I told her, yelling over the swirling mass of sound around us.

Finley just grinned and clapped her hands together. “We did it!”

Yes, yes you did. After the 2019 MMF was cut short by a sudden and violent storm and 2020’s ... well, you know ... just getting a full festival under the proverbial belt was an accomplishment.

But this festival? It felt special.

The turnout bore that out. Ticketed attendance set a new milestone, breaking the previous record by a good bit; Finley said that 4,000 people turned out for Friday evening and 6,500 for Saturday’s all-day event. By comparison, the previous high-attendance year — 2013, with headliner Willie Nelson — only saw 4,500 come on Saturday.

“I think (the high attendance was due to) people being ready to get back to normal from COVID, and probably Blues Traveler was a big factor as well,” said Finley. “Just the line-up in general. So many local and regional acts become so popular in Kentucky, people want to get out to see them.”

From my standpoint, Blues Traveler is a big draw. I’m not someone who knows much about who’s popular in today’s music world, particularly the Americana realm from which MMF draws many of its acts, but if you were big on MTV in the ‘80s or ‘90s, I know who you are, and Blues Traveler fit that bill. I associate their music with my high school years, and everyone of a certain age well understands the power of nostalgia, so speaking for myself, it was cooler than usual to find myself in front of the stage snapping pictures of a slimmed-down John Popper working that harmonica like nobody’s business. Remember the video for “Run-Around” and the “Wizard of Oz” theme with manic pixie Dorothy and her buddies showing up at the club? Well, this felt like getting to see the Wizard in the Emerald City.

What gets my musical motor running are genres like funk, soul, and R&B, and this year’s MMF had some excellent examples of that. Robert Randolph may have been my favorite all-time MMF headliner, but on Friday night, Bee Taylor brought some of that down-and-dirty sound, and Devon Gilfillian kept the vibe going on Saturday, making for two of my favorite performances in my 15 years or so of covering the festival for the Commonwealth Journal.

Bee Taylor (not to be confused with the “Andy Griffith” character) isn’t from Pulaski County, but she’s kind of been adopted as a local favorite, having made numerous appearances in the area — including previously at MMF. Trust me, she loves this area’s fans as much as they love her for her clever songwriting, energetic performances, and soulful sound.

“I tell you what, Somerset is one of the most incredible, unique and diverse places where there are still people who love each other and people that want to be with each other, and it is just an honor to be here in Somerset at MMF,” said Taylor in her honey-like southern-fried timbre. “I feel like family. They have made me feel like family. And you can’t buy that. You can’t find that in most places in the world. I feel fortunate and blessed.”

Taylor’s philosophy is giving the audience “every ounce of soul that you possess” and her fellow Nashville artist Gilfillian did the same Saturday evening, and again when joining Blues Traveler on stage to sing along to the Bob Marley favorite, “No Woman, No Cry.” (Blues Traveler also had friends from Kentucky band Magnolia Boulevard come up and jam as well). So did one other local talent getting her shot at the MMF stage.

Maddy Hopson was the winner of the most recent audition by McNeil Music Center to give a young vocal student the opportunity to perform a song on Friday night. Hopson would have gone on in 2020 had the festival not been canceled, but came back this year to steam things up with an outstanding rendition of the classic “I Put a Spell on You,” accompanied by guitarist Kevin Dalton.

“My arms and legs were shaking the whole time,” said Hopkins after her performance. “It’s super fun. My friends were up at the front (of the crowd), and it was really cool. ... (That song) is my go-to.”

Hopson performed right before bluegrassy Friday night headliner The Wooks, who closed out the night with a special tribute to the late John Prine, the MMF alum and legend in the realm of country folk music. That evening stretch on Friday made for an especially memorable experience, as the crowd seemed to collectively will the rain and lightning to stay away so the night could be finished the right way.

“I think Bee Taylor surprised everyone on Friday night,” said Finley. “I really love that a lot of the fans were there to see The Wooks but got surprised (by Taylor).

“It was really special,” she added of the John Prine tribute. “I don’t think I’ve ever seen a crowd stick around that late on a Friday night before. The next day, I had multiple people tell me how special it was.”

While all of that was going on at the top of the hill, down in “Art Valley,” the Young Mary Records stage was bigger and better than ever — and attracting more attention for its roster of more up-and-coming artists.

In particular, for Saturday prime time performer Morgan Wade’s set, Finley said, “I’ve never seen the valley so full. It was almost like Friday night at the main stage.” She also noted that the more intimate SomerSessions tent got plenty of attention; “They had 500 people back there for a couple of artists.”

The music is not all there is at MMF, of course. Local artist Marko Coomer’s original work for the 2021 festival was auctioned off for $2,300 to Jayson Henderson of Henderson Fuel, a first-time sponsor — “This was his first taste of MMF, and he loved it,” said Finley — while local musician (and Santa Claus stand-in) Tommy Cate was honored with the festival’s Lifetime Achievement Award.

“We thought it was especially appropriate this year since our ‘Master Musician’ was John Popper (of Blues Traveler),” said Finley, referencing the fact that both Cate and Popper are known for playing the harmonica. “(Cate) has been a sponsor, he’s been a volunteer, he’s been an artist, he’s been a fan. We just felt like he’s a huge supporter of MMF. Everyone knows he’s a genuinely good person, and deserves the recognition.”

In the VIP tent, people got a chance to buy and try Horse Soldier Bourbon, one of this year’s key MMF sponsors along with the City of Somerset. Finley said people enjoyed that experience, and thinks having it again in the future will be yet another perk for potential sponsors.

Finley also pointed to fun activities for kids, like a “concert” of instruments they made themselves and a refreshing “water fight” on a hot day.

“We like to get the kids involved, because we’ve got to find a new generation to take over the festival,” said Finley. “Them having fun and making memories is what will make them want to get involved when they’re older.”

Of course, the threat of bad weather was on everyone’s mind after 2019, but even though we all got a little wet on Saturday, it was nothing we couldn’t live with. Even Mother Nature wanted to hear this year’s line-up, apparently.

Finley took care to thank all the MMF sponsors and artists — and of course the hard-working MMF board and all the volunteers — who make the event possible. When she told me, “We did it,” that’s the “we” she was talking about — the massive community effort it takes to stage an event like this which draws so much positive attention to Somerset and Pulaski County. When I was in high school, listening to Blues Traveler on MTV, I never would have imagined that one day I’d be hearing those same artists perform that same song right here in my hometown. MMF has made that kind of dream a reality — and so have the people who keep the festival alive in the best of times and the worst of times alike.

“We all know last year we were in pretty dire straits,” said Finley. “Everyone has rallied around us and supported us. Coming out of that, we had one of the best festivals we’ve ever had.”