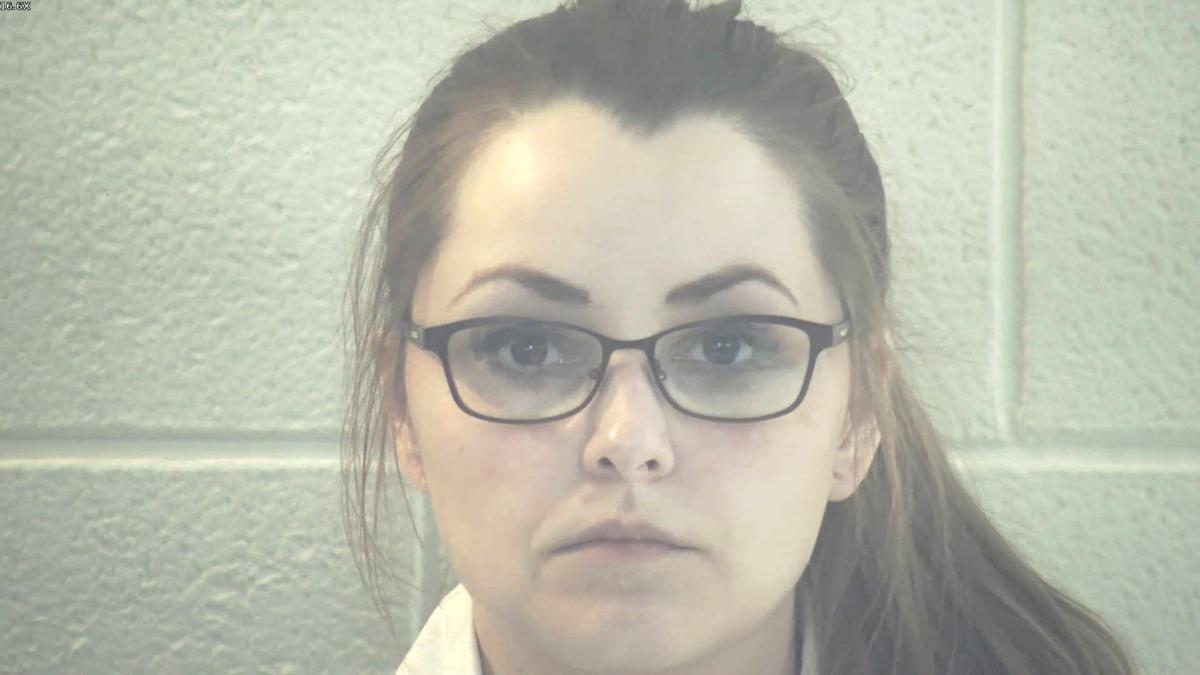 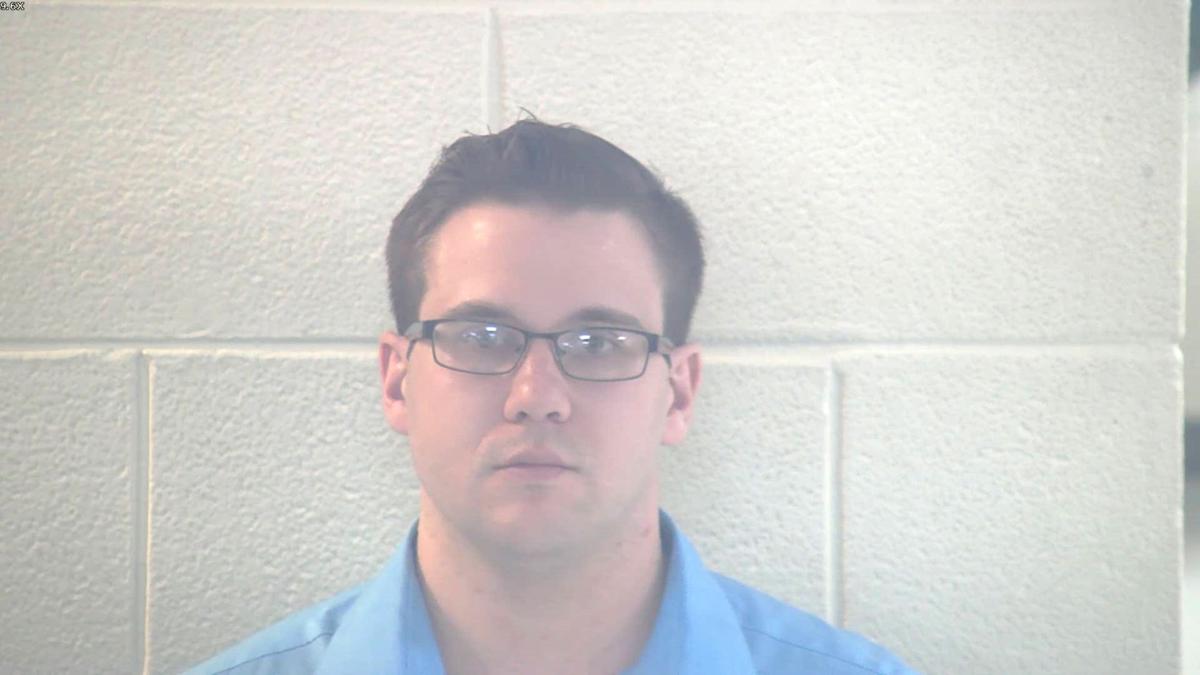 Two individuals accused of causing the death of a Wayne County toddler are headed back to prison.

Lord and Futrell were initially convicted by a Wayne County jury in February 2013 of Murder (Domestic Violence) and first-degree Criminal Abuse of a child 12 or under. They were each sentenced to 25 years in prison.

But those convictions were overturned by the Kentucky Supreme Court in September 2015 due to trial errors involving two jurors having professional relationships with a prosecutor as well as the defense not being allowed enough jury challenges nor cross-examination of a witness who had a diversion agreement.

The case was remanded for retrial under Pulaski Circuit Judge David Tapp, who last year granted a defense motion to change the venue from Wayne to Pulaski County due in part to prior news coverage and the reversals.

The trial got underway Monday, March 14. In his opening statement, Matthew Leveridge — Commonwealth’s Attorney for Wayne and Russell counties — took jurors back to the morning of July 16, 2011, when Staten Stephenson was taken to Wayne County Hospital (WCH).

Leveridge told jurors that Staten was fine when he went to bed the night before but couldn’t breathe and had a stomach “tight as a drum” that morning.

The toddler slept in a room with his mother and Futrell, her boyfriend at the time. They were staying at the home of Futrell’s father, Rick Futrell, on a farm about six miles outside of Monticello.

Once Staten had been stabilized at WCH, he was airlifted to the University of Kentucky Medical Center. Leveridge told jurors the boy died on July 26 from hypoxic encephalopathy (lack of oxygen to the brain) due to blunt force head trauma. Staten’s injuries included a skull fracture, subdural hematoma, perforated stomach and perforated bowel.

The commonwealth’s attorney spoke of several theories for Staten’s death, including: the defendants killed him, he choked on a gummy substance, a seizure disorder, poorly done CPR, a fall that occurred on June 26 and the actions of medical or emergency personnel.

Choking, Leveridge said, would not have caused the skull fracture. If he had suffered the head injury in a fall on June 26, the boy would not have been lucid until July 15. CPR may have perforated Staten’s stomach but doesn’t explain the bowel perforation.

“In cases where there are no eyewitnesses,” Leveridge said, “you have to rule out possibilities. When you’ve ruled out all the other possibilities, what you have left has to be true…no matter how much you don’t want that to be the answer.”

Leveridge told jurors that the remaining answer was that Lord and Futrell were together with Staten that fateful night and morning.

Represented by separate attorneys, the defendants remained unified in that Staten’s death was accidental.

Jared Futrell’s attorney, Jim Cox, began his opening statement with the image of his client as a frightened 18-year-old rushing Staten into the hospital emergency room after attempting CPR during the drive into Monticello.

He also noted that a pediatric trauma survey done upon Staten’s arrival at UK on July 16 found no evidence of skull fracture and that he wasn’t treated for one until the 10th day.

The defense attorney also questioned whether the fracture would have been life threatening, since lack of oxygen could have caused brain swelling. He noted that investigators “went home” after the second day of Staten’s UK stay and only collected one pillow — which wasn’t tested for anything — during a search of the Futrell home.

Lord’s attorney, Teresa Whitaker, began her opening statement with a portrait of her client as a young mother who had tried to make a go of life with Staten’s dad before ultimately dating Futrell — someone she’d known since high school.

Whitaker, too, described the frantic attempts to revive Staten and how Rick Futrell had driven to the hospital because they lived too far away for an ambulance to make the trip in a timely manner.

“No matter what happens in this trial, Staten is her baby,” Whitaker said, adding that neither Lord nor Futrell would have hurt him. “All this was, was a horrible accident.”

The prosecution’s case wound up on Thursday afternoon, having included testimony from Dr. Glenn Proudfoot, the attending ER physician from Wayne County Hospital.

Dr. Proudfoot described efforts to revive Staten and an initial assumption that the boy’s distended abdomen was due to his swallowing air. The air was not in the Staten’s stomach, the doctor testified, but free in the abdominal cavity — indicating he had a hole in his stomach or intestines.

Dr. Proudfoot’s testimony seemingly ruled out that Staten choked on gum. It took three attempts to intubate the child — not because his windpipe was blocked but rather the doctor needed to find the correctly sized endotracheal (ET) tube. He also attempted to insert a nasogastric (NG) tube in an effort to take the air out of Staten’s stomach.

“It felt like I hit a brick wall,” Dr. Proudfoot said of his first attempt to insert the NG down Staten’s esophagus.

When the tube was taken out, the doctor found “what appeared to be gum” on the end of it.

On cross-examination Cox attempted to establish that cardiac arrest in small children is most often caused by choking and that Dr. Proudfoot’s initial treatment (involving back blows) was geared toward dislodging an airway obstruction.

Dr. Proudfoot acknowledged writing about the back blows in his report but remained clear that Staten’s airway was not blocked. The multiple attempts to insert the ET tube were because of finding the correct size for Staten.

The doctor became emotional when Cox asked about a prayer circle Proudfoot had led as Staten was prepared to be airlifted to the University of Kentucky Medical Center. “We just wanted that baby to live,” he said.

Lead investigator, Detective Derek Lester of Monticello Police Department, was on the stand as jurors heard video-recorded statements from the defendants in which they both denied hurting the baby and refused to implicate the other.

Due to a previously scheduled docket for Friday, the trial broke upon the prosecution’s resting Thursday afternoon and resumed Monday morning with the defenses’ case.

Defense witnesses included Dr. Donald Jason, a forensic pathologist from North Carolina. Dr. Jason did not have direct involvement with the case but instead reviewed the boy’s autopsy records, medical records and police report.

Dr. Jason testified that skull fractures like Staten’s are “most commonly caused by hitting something hard like the ground or floor” — theorizing that Staten could have backwards.

Under questioning from Whitaker, Dr. Jason noted that Jared Futrell had not been trained in either adult or infant CPR. In his opinion, the eight-centimeter tear in Staten’s stomach occurred due to a combination of air being blown into his stomach and the pressure exerted upon his abdomen during CPR.

“It would be almost impossible to get a direct blow to that part of the stomach,” Dr. Jason said, because it was protected by the ribcage. Staten didn’t suffer any injuries to his ribs.

On cross examination, Leveridge questioned the forensic pathologist about a medical study conducted over a decade which indicated that CPR performed on children did not cause a “statistically significant” number of injuries. Dr. Jason said he disagreed with that study. “It’s significant if it happens to you,” he said of the injuries which had been reported.

Other defense witnesses included Jared Futrell’s brother and sister-in-law, Richard and Amanda Futrell, who had been present when the police examined the Futrell home. In addition to questions about that, they testified to the good relationships the defendants each seemed to have with Staten.

Jurors began to deliberate Monday afternoon — returning the guilty verdicts and then recommending a three-year sentence for Jared Futrell and a two-year sentence for Kayla Lord, according to Cox’s law office in Mount Vernon.

Futrell and Lord were booked into the Pulaski County Detention Center at approximately 10:15 p.m. Monday night. They are scheduled to be formally sentenced on April 21.