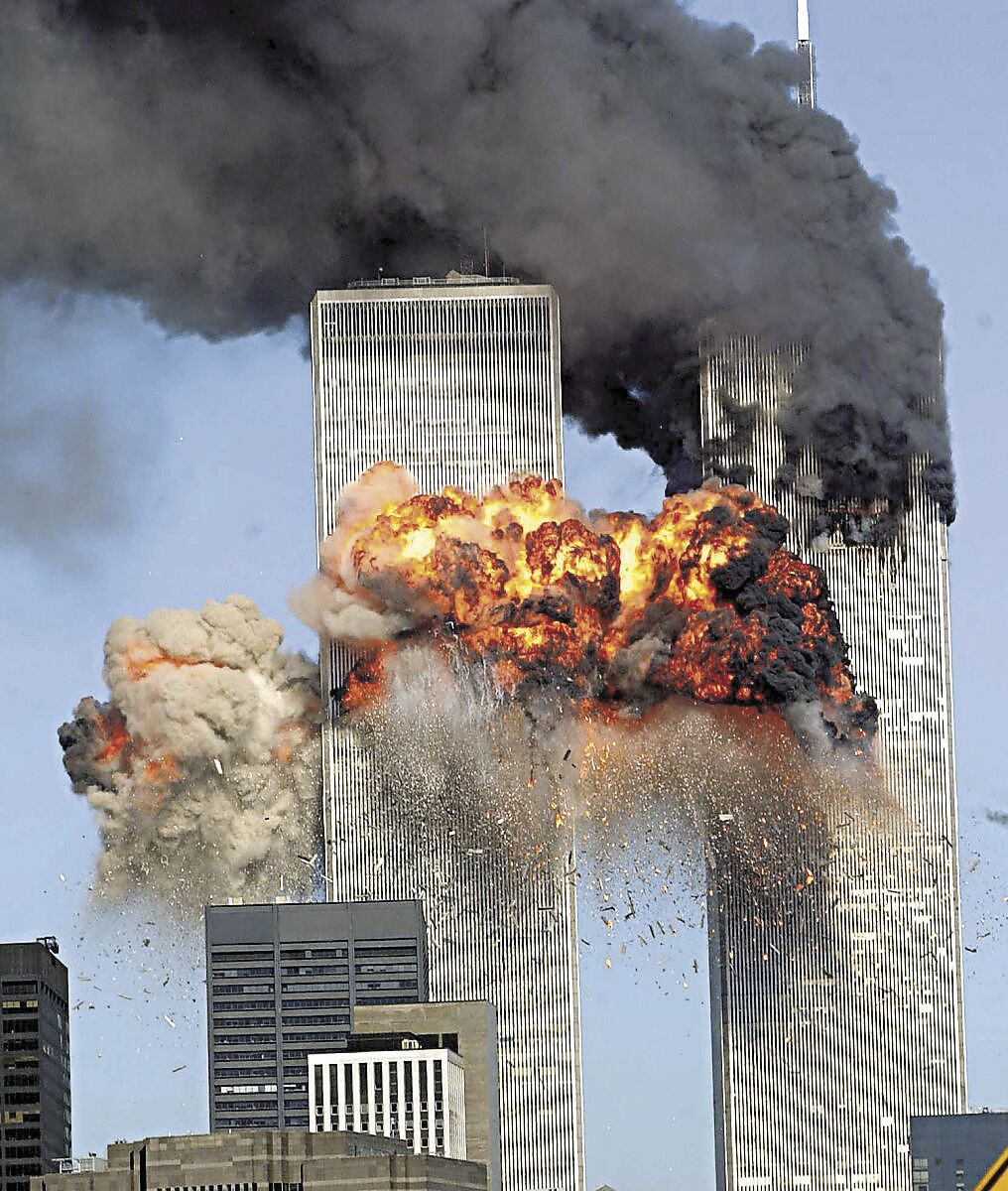 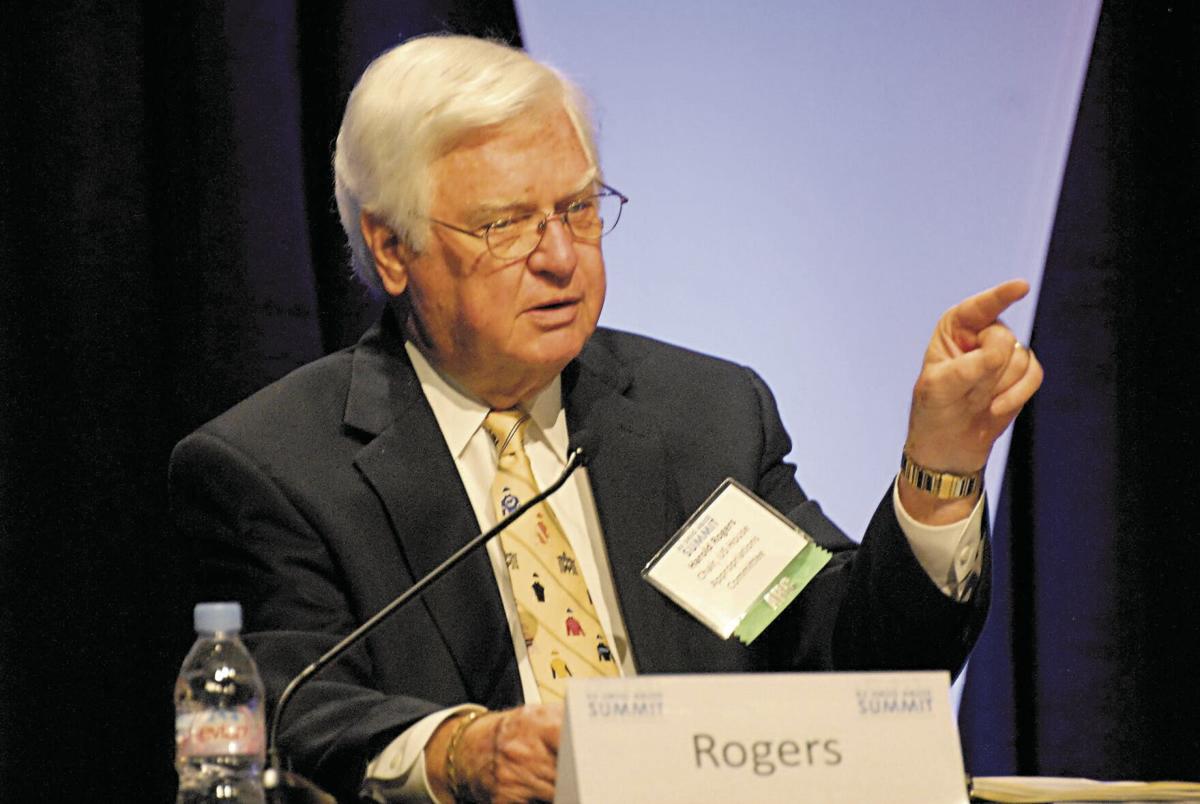 Congressman Hal Rogers (R-Somerset, Ky.) recalls the horror of a second plane smashing into the Twin Towers of the World Trade Center in New York City on Sept. 11, 2001.

He was on the eighth floor in his Washington, D.C., condo, watching an unsettling situation unfold on television.

Then an explosion shook his building.

“It was not long after the second plane hit the World Trade Center ... we felt the building shake,” Rogers said. “We have a panoramic view of Washington, so I ran to the patio and looked down toward the Pentagon. I saw a thick, black mushroom cloud emerge.”

The Congressman’s wife, Cynthia, ran out to the patio. “What’s happening?” she asked.

“We’re at war,” the Congressman answered.

Rogers would later discover that a third plane had indeed hit the Pentagon — and then there was word that a fourth plane headed toward the Capitol Building had been taken down by a courageous group of passengers on Flight 93.

“It was a well-planned, multi-faceted attack,” Rogers said. “They hit our center of commerce in New York City, they hit our military when they crashed into the Pentagon and they were targeting our Capitol, which is a symbol of representative government around the world — and a symbol of our democracy. Those passengers on Flight 93 are true heroes.”

In the hours after the three planes hit their targets, the nation was gripped by fear.

“We didn’t know how far they were going to go,” Rogers said. “There were rumors of other planes and, of course, we cleared the skies. I remember being very happy to see our fighter jets overhead.

“There was just immediate uncertainty,” Rogers added. “Our building is very prominent in the skyline of D.C., and we didn’t know if we should stay or leave.”

Rogers was the Chairman of the Transportation Appropriations Subcommittee at the time, and his group ventured to New York City just days after the attack.

“Port Authority personnel wanted us to see damage to the subway system right under the World Trade Center site,” Rogers said. “It was like walking into an old coal mine — all the gravel and rock. The system under Ground Zero was completely destroyed. Just that one piece of the subway would cost a billion dollars to repair.

“When we went to the surface ... I’ll never forgot the odor. The dust and the smoke was still billowing and this was four or five days after the attack,” the Congressman added. “The rescue workers were digging frantically — trying to find people.”

In the immediate aftermath of 9/11, President George W. Bush achieved the highest approval rating in U.S. history. His comforting words and no-nonsense response united a nation.

“President Bush did an incredible job. He grew up big time as a leader during those few days,” Rogers said. “He calmed our fears while being a moving target himself. There were fears that terrorists would target the President to create even more chaos — so the Secret Service kept him in the air and moving, and out of harm’s way.”

One of the long-term responses to the 9/11 attacks was the Department of Homeland Security.

“The Department of Homeland Security has 21 agencies under one head, but the bureaucracies of all those agencies at times do not mesh,” Rogers said. “It isn’t as agile as it could be. It’s been a challenge.

Looking toward the future, Rogers is optimistic about President Donald Trump’s historic Middle East peace treaty between Israel and the United Arab Emirates. It’s the first time in 25 years the possibility of peace in the unstable region has existed.

“While the threats from communist China and Iran are very real, I am encouraged by what President Trump has done in the Middle East,” Rogers said. “It’s been a long time since the Arab nations have been able to exist peacefully with Israel. That seems like a possibility now.

“Many of the world’s terrorists have come from that Middle East quagmire,” Rogers added. “Now it looks like we will be able to withdraw troops from Afghanistan and Iraq — and that will ease tensions over there tremendously.”

“We will never forget. It’s something that we hadn’t experienced before or since,” Rogers said. “We know now what can happen and I think we’ve responded to the threats. Our security has increased by about 1,000 percent.

“We’re much safer now than we were then — knock on wood.”