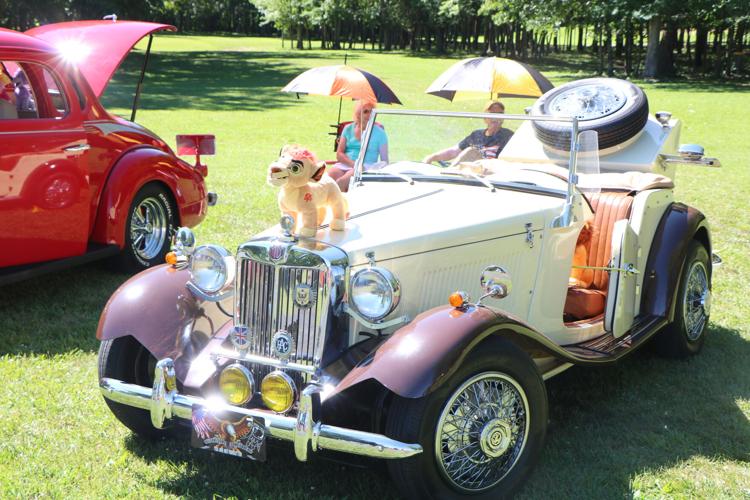 Steve and Mary Ann Callarman brought this MG replica with kid-friendly additions like bumblebees and Kion the lion to the Eubank Cruise-In Saturday at the Eubank Park. 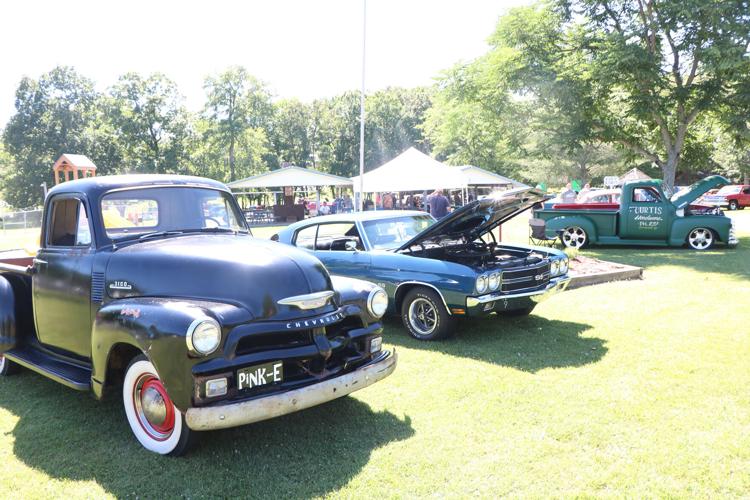 Classic vehicles of all kinds were on display at the Eubank City Park on Saturday.

Steve and Mary Ann Callarman brought this MG replica with kid-friendly additions like bumblebees and Kion the lion to the Eubank Cruise-In Saturday at the Eubank Park.

Classic vehicles of all kinds were on display at the Eubank City Park on Saturday.

If you saw a bunch of classic cars up in Eubank this weekend, no, they didn't move Somernites Cruise.

This is Eubank's own car show.

Held at the Eubank City Park along Ky. 70 in the northern Pulaski community, the Classic Car Cruise-In brought over 60 unique-looking hot rods to town to help raise money for a good cause.

Sherry Todd and her husband Billy spoke to the Commonwealth Journal on Saturday about the show.

"(Sherry) started the Eubank Garden Club, just to beautify the park with flowers and decorations," said Billy. "We do summer flowers, we do fall flowers, we do Christmas. She just kind of keeps all that in order.

"We don't make any money," he added. "We just donate our time and her talent."

Sherry noted that Billy "loves old cars — everybody here in Eubank does," so they thought a Cruise-In would be a good idea.

There was no fee to enter the car show, or to attend. Funds were raised by sales of concessions.

Neither was there a particular theme for the Cruise-In, as Somernites shows tend to have; "We're just taking everything," said Billy. "If it's yours, bring it. Nobody's judging you. If you like it, we like it."

The Todds were happy with the crowd the show attracted and with the ideal weather for the event.

Among those at the show were locals Steve and Mary Ann Callarman. They brought two cars, one a replica of of a 1952 MG, a British sports car. The most immediately notable thing about how the latter is how it was decorated — plush bees suspended from string in the back, and Kion of "The Lion King" sitting proudly on the hood.

Steve said that he painted the heat tubes in the rear yellow and black — "I wanted them to look different" — and that inspired the decorative bees.

"I went to Amazon and got bumblebees," he said, "and there you go."

The cartoonish lion also fit in with the vehicle's yellow color. Better still, he talks to people as they walk by.