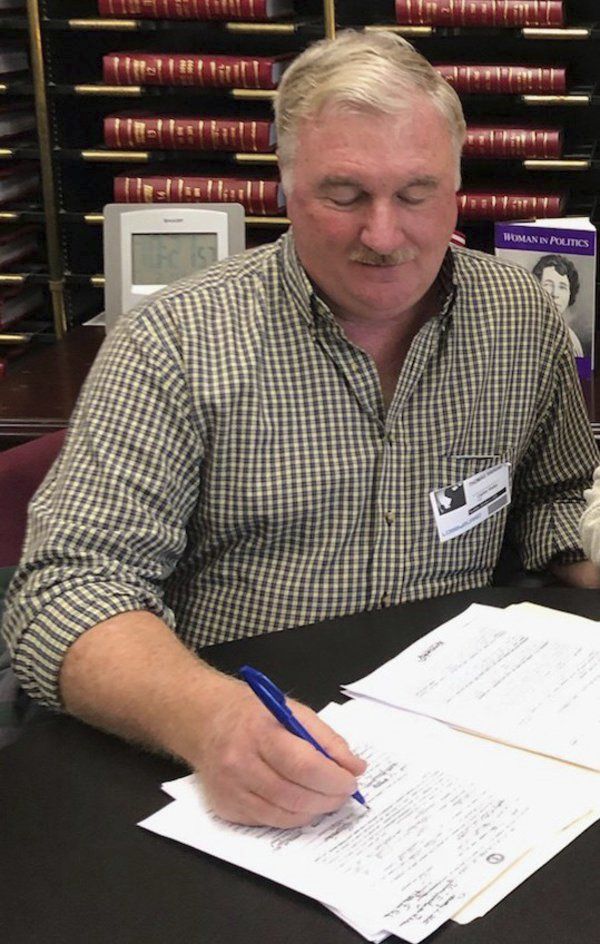 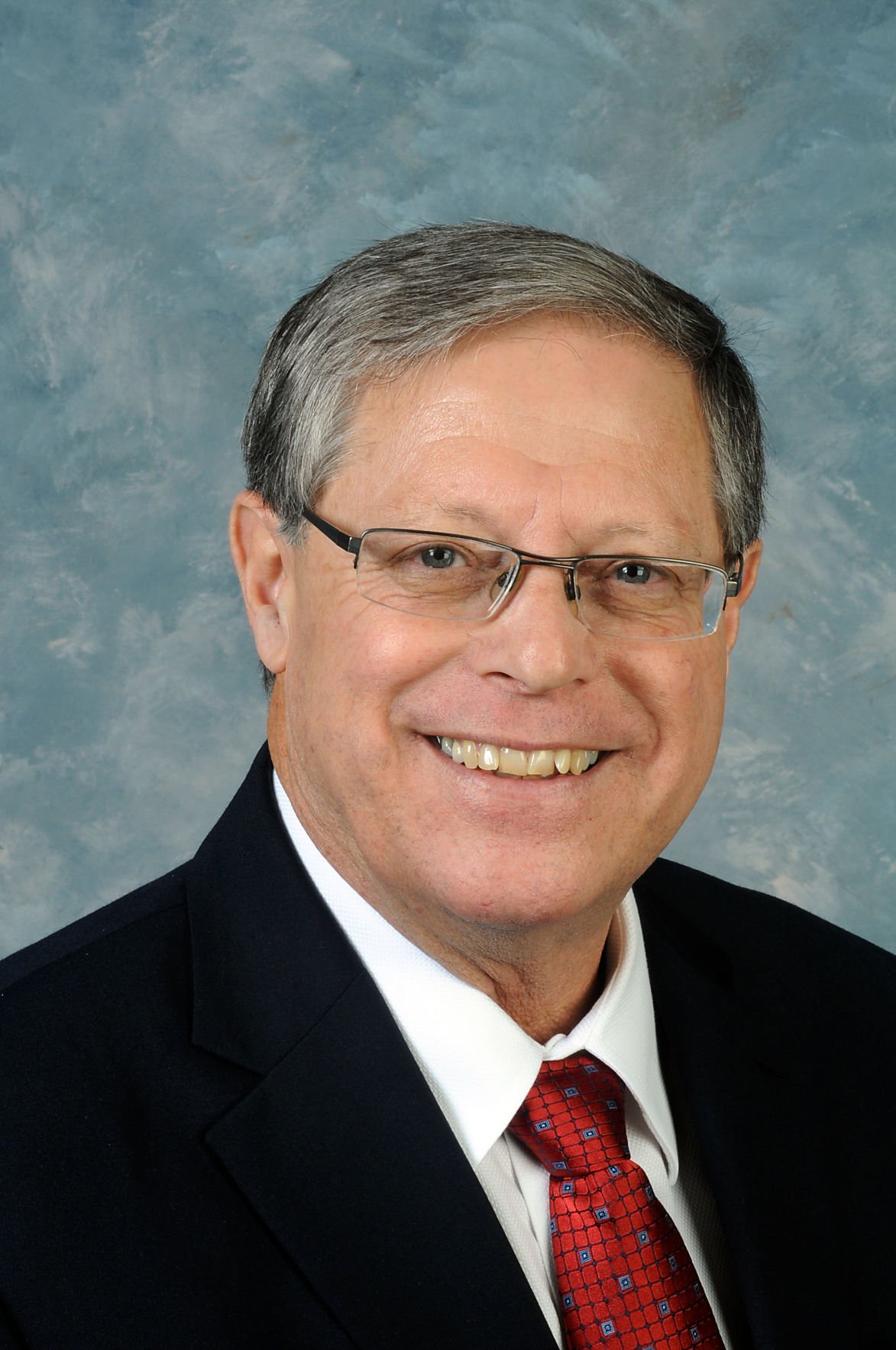 For decades, Pulaski countians could count on one name to represent Somerset and the 85th House District in Frankfort: Tommy Turner.

Now, it appears there may be a new name to know: Wes Hargis.

The local businessman locally beat out three other candidates to fill the seat being vacated by Turner, who represented parts of Pulaski and Laurel Counties in the Kentucky House of Representatives. The winner of the Republican Primary will not have a Democrat to face in November.

With other counties not making vote totals available Tuesday night, all that can be said for certain is how the candidates fared in Pulaski. But here, Hargis took 36.57 percent of the vote, or 2,089 votes, to lead his opponents, and only a little over 30 percent of the precincts to be counted remain.

More certain as of Tuesday night is the 15th District State Senate race, where incumbent Rick Girdler overwhelmingly took Pulaski County from his competitor, Larry Sears Nichols. Girdler had 78.91 percent of the vote, or 9,969 votes, and Nichols, 21.09, or 2,665 votes. Reports from other state media had that race finalized. The seat represented Pulaski as well as Boyle and Lincoln Counties.

"I'm as tired as I was the first time," said Girdler, referring to his description of his first win in 2016. "I'm glad the district chose to send me back, and I appreciate the fact that it's going to be close to 75 percent."

Girdler couldn't say exactly what made the difference in the race, noting that he's running against someone from his own party at this Primary stage, though there was no corresponding Democratic challenger Primary.

"I've done everything that a conservative can do," said Girdler. "Right-to-life and protecting second amendment rights and the other things we have that are our conservative values.

Girdler, who is an agent with Shelter Insurance in Somerset, said the campaign experience was "totally different" this time around because "I had people (this time) calling who wanted to help me."

As far as what Girdler would like to address in his second term, he said he'd wanted to introduce a couple of insurance-related bills, but "right now I think we have to work on calling ourselves into special session. We can't get up there (to Frankfort). In April, we adjourned and the governor won't talk to us or has talked to us very little, so I know that's going to be part of it."

Once there, the way Gov. Andy Beshear has handled the reaction to the COVID-19 situation and the controversial restrictions he put in his place for an extended period of time is also a major point of emphasis for Girdler.

"We need 30 days or some limit on 'state of emergency' (status)," said Girdler. "It's designed for a lack of communication, like if there's an earthquake and you need a central command and the governor can do it. We don't need someone taking over telling us what we can and can't do for six months. That's not what it was designed for. I know those (issues) will be visited. ... We're going to have to get people back to work; everything else will be secondary."

As for replacing Turner after his 24 years in Frankfort, Hargis, 56, says he is a good friend of Turner and that he has talked with Turner about becoming a candidate for the office. Hargis lives in the Hazeldell community and is owner of Valley Farm Equipment on U.S. 27 in Science Hill. He is the current president of Pulaski County Farm Bureau.

"It's something that I never really thought I'd be interested in doing," said Hargis of politics, "but Farm Bureau got me used to seeing how I could change a few things. I like a challenge. I think the next few year will be a challenge, trying to keep our tax dollars."

As for the race, Hargis said one can't "count their chickens before they hatch," but appreciates the strong support he's received in Pulaski. "It makes you feel pretty good when you come out on top."

Hargis is excited about the potential for growth and development in Pulaski, and wants to help it reach its potential, surrounded by major highways and adjacent to Lake Cumberland.

"It's a great place to live," he said. "... I think we've got a lot of opportunities. I'd like to see smart growth. If you do it right and do it smart, I think you can get a great (result)."

Working in farm equipment has also given him an appreciation of the role farmers play in the local economy. Hargis is excited about the new farmers market in downtown Somerset and the potential for an ag center; "There are a lot of things going on; I'll be interested to see how far we take them."

As for what he'd like to accomplish in Frankfort, Hargis said the COVID-19 crisis means money will be "tight for the next few years." As such, "I just want to make sure we don't get taxed to death and see who pays for all the things we went through. We've got to fund the state pension program, we've got to find a way to make it work for everyone. I'm open to suggestions there; I'm all ears. If you don't know about something, talk to someone who does."

Like Girdler, Hargis is not necessarily a fan of how the governor handled the coronavirus situation and told the public things like, "You can't be doing that" in his daily online presentations.

"The first couple of weeks, I thought he did a fairly decent job. The way I look at it now — it's been a long time since I've been in kindergarten. I really don't like being talked to like I'm in kindergarten," said Hargis. "I think I can make my own choices. I think (the response) could have been handled a lot better. We're humans, we've got to live, we can't do social distancing for everything."

Specifically, Hargis would like to address the restrictions on having church services that were controversial following the virus outbreak. "If it's left up to me, if there's any way to get it done, church will be an essential thing. I've got a problem with (considering it non-essential in virus restrictions). If we ever have anything like this again, the church should be essential."

Hargis called his competitors all "good guys" and said it was a "good race"; he's glad it wasn't a landslide for one person. He also notes Turner has left "big shoes to fill" in representing this area in the state House of Representatives.

"It's a learning experience for me," he said, "Two years is a short amount of time to learn it in ... but I will do the best I can."