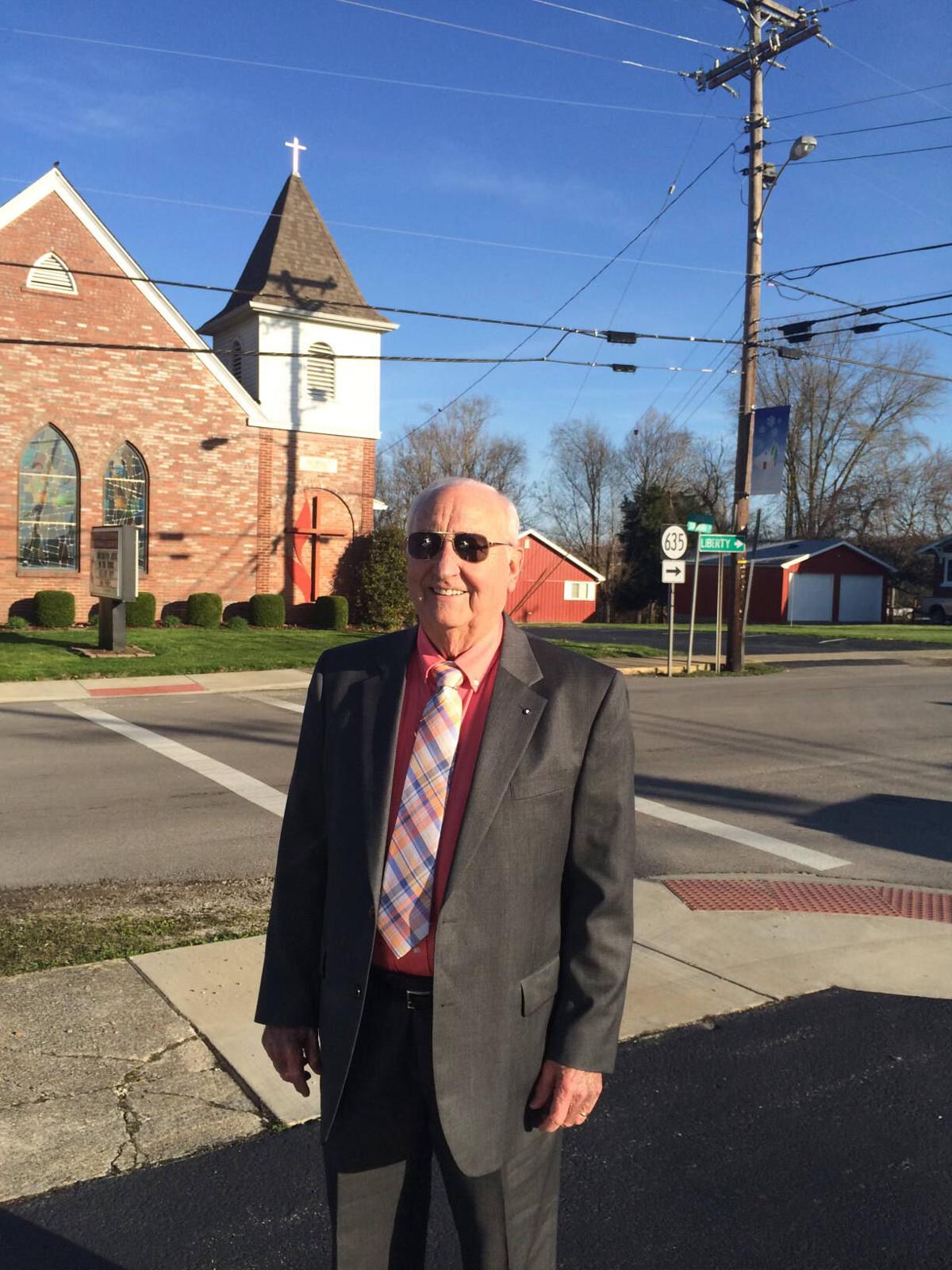 Samuel Ray Godby is seen here outside of the Science Hill United Methodist Church. Godby, a well-known figure in the community, passed away Monday at the age of 88. 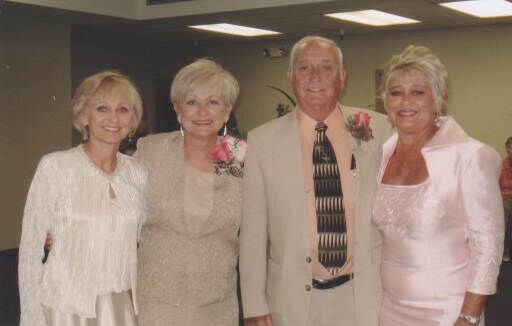 Samuel Ray Godby is seen here outside of the Science Hill United Methodist Church. Godby, a well-known figure in the community, passed away Monday at the age of 88.

The daughters of Samuel Ray Godby had a lot of warm words and fond memories of their father.

They used words like "loving," "affectionate" "and hard-working." They talked about the faith he had for God and his love of singing.

The man known to most around Pulaski as one of the best auctioneers passed away Monday at the age of 88.

His career was so much a part of his life that one of his own grandkids gave him the nickname “Ten Dollar” – and it stuck so well it was used by many outside of his family.

Daughters Donna Ray and Debbie Rogers remembered their father Thursday as both a strict and a kind father.

“He was the best [father], obviously,” said Donna.

“He was strict. He made us mind,” said Debbie.

“And he made us work,” Donna added.

In fact, the girls – Donna, Debbie and their sister Julie Hamilton, who passed away in 2011 – had to work at the auctions their father ran.

“If somebody bought something, we were the cashiers,” Donna said, with both women saying they had to total up sales tax, often without a very good calculator on hand.

Godby was exposed to the career of auctioneering at a very early age, they said.

“He lived in a home that was right next door to a stockyard – Science Hill Stockyards – and I think from the minute he heard an auctioneer that’s what he wanted to do,” Donna explained.

Debbie added, “After he graduated high school, he attempted to go to auctioneering school. But he got there and was so homesick he came home.” And at that, both women laugh.

“Everything he’s accomplished, he’s done on his own. No formal training,” Debbie said.

When the children were young, Godby would would out of town at a different stockyard six days a week.

“He was gone a lot, so of course Mother picked up the slack there. But he was a wonderful provider. He worked very hard,” Debbie said.

As his girls grew older, he apparently decided it would be better to be closer to home – he didn’t like it when the girls started dating, they laugh.

So, in 1974, he left stockyard auctioneering and switched to homes and property by teaming up with long-time friend Gene Dunnington and creating Mid-America Realty and Auction.

When asked if they thought he knew how great his business had become, Debbie said, “I don’t think he even realized how successful he was. He’s very humble. And felt very blessed by the Lord for all of his accomplishments, and gave Him the credit.”

That was another aspect of his life, his daughters said. He loved the Lord and was committed to both the Science Hill United Methodist Church and to the Gideons.

He was a part of the Gideons for 50 years, Debbie said. “He was a true believer of the Gideon organization, handing out the word of God.”

He also loved sharing the gospel through singing, and was even part of a several quartets, including the Godby Quartet.

That was made up of Godby, his wife Joann, Godby’s brother Coy, and Coy’s wife Wiladene. Godby’s niece Sue Gover would play the piano.

“The would travel around to places and sing. That was their heyday,” Donna said.

She added, “He loved to sing. He sang in I don’t know how many quartets. He had a beautiful bass voice. He could make a song out of anything.”

In later years, though, it became apparent that his work as an auctioneer was hurting his singing voice. He was still able to sing, though, right up until the end.

“He sang about a month or two ago up at the Science Hill United Methodist Church. They got him to sing one last time,” Donna said.

“That was a joy to him,” said Debbie.

“The grandkids were amazed by his auctioneering. And his nickname is 'Ten Dollar,'” Debbie said. “My son Ben, when he was little, Daddy would auctioneer to him.”

Godby would repeat the patter of an auctioneer – tendollartendollar, twentydollarthirtydollar – and Ben would put his hand on Samuel Ray’s shoulder and say “tendal,” a child’s attempt at trying to say “ten dollar.”

Visitation for Godby will held Friday at the Science Hill United Methodist Church from 4 p.m. to 8 p.m. His funeral will be held at the church on Saturday at 11 a.m.

Godby’s full obituary can be found on page A3 of today’s edition of the Commonwealth Journal.

L.D. "Joe" Ball, 87, of Somerset, passed away on Monday morning at his home in the care of his wife Doris, family and close friends. Arrangements are pending at this time and will be announced at a later time by Pulaski Funeral Home.