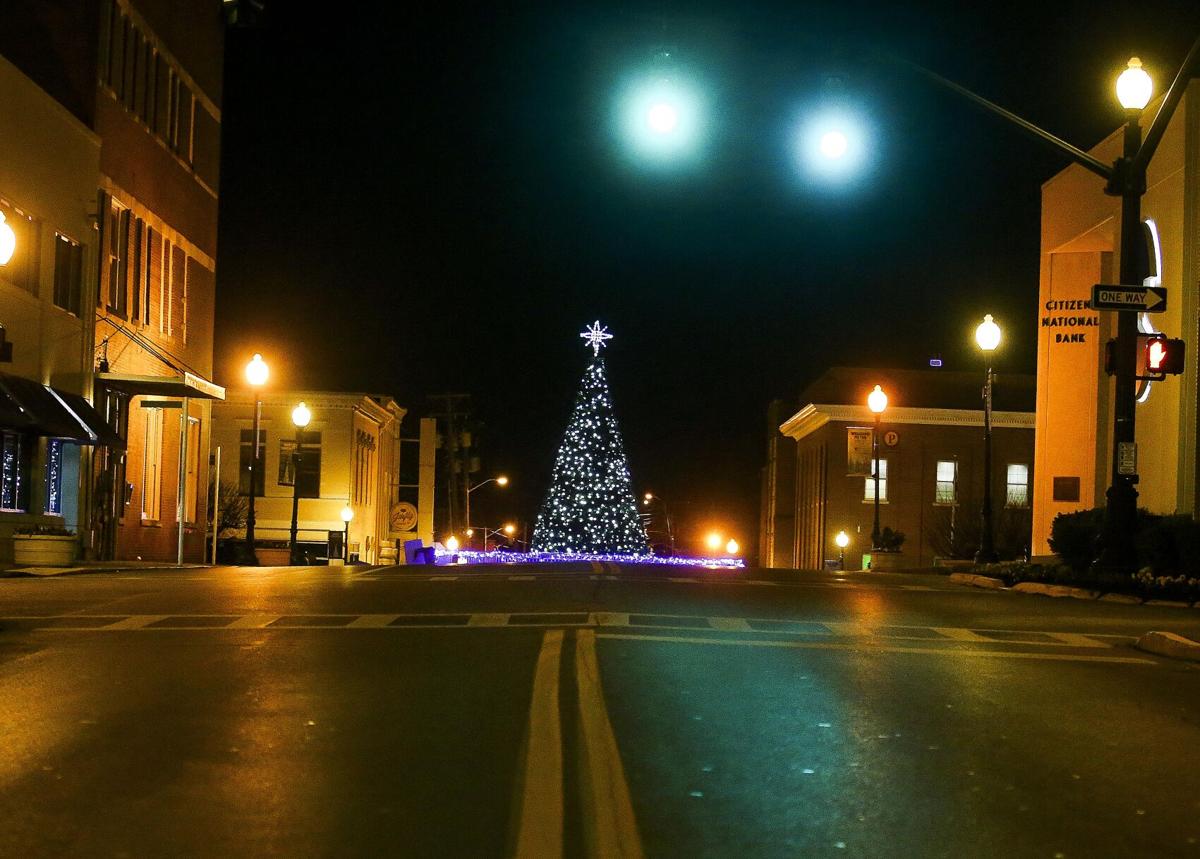 The community tree lighting took place Thursday minus a crowd due to COVID-19 concerns. 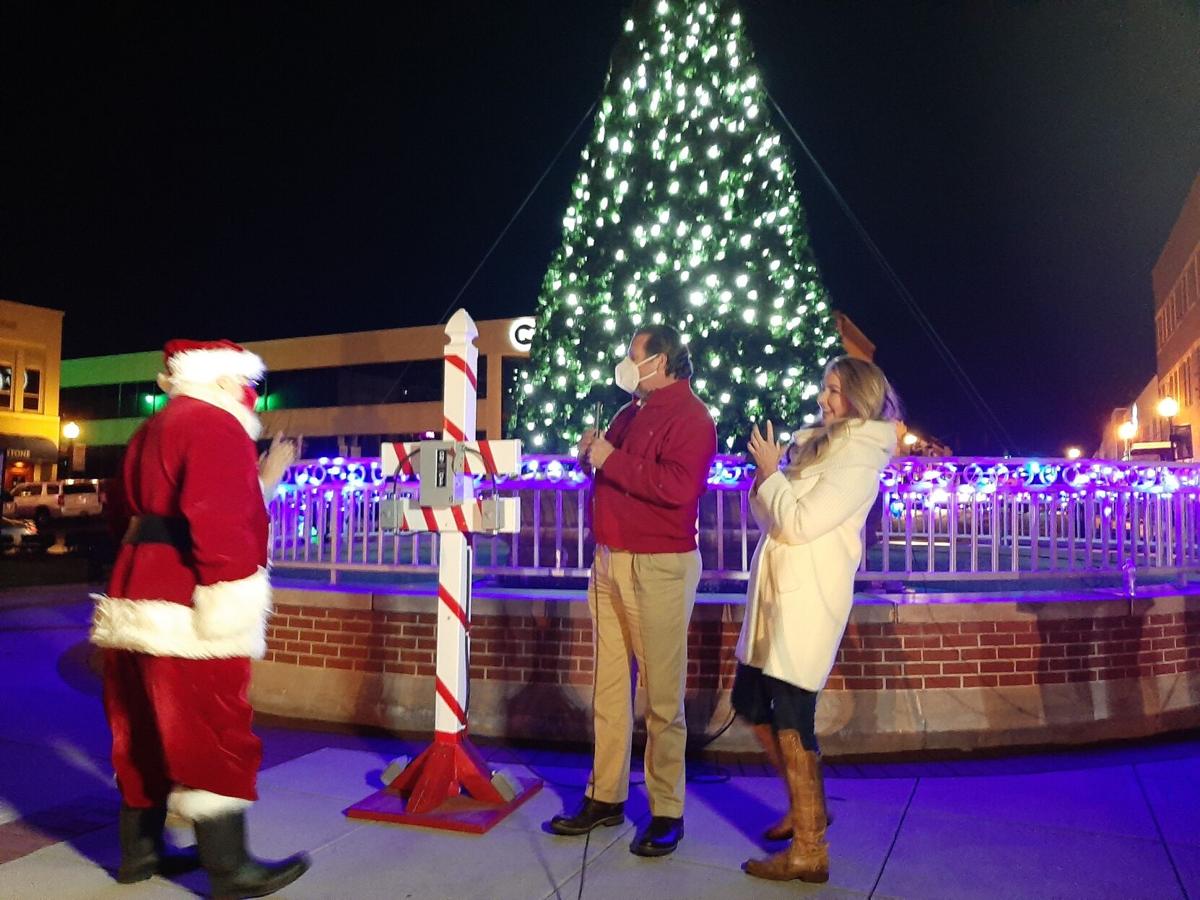 The community tree lighting took place Thursday minus a crowd due to COVID-19 concerns.

Though the crowd around it was much smaller than normal, the Christmas tree standing on Somerset's Fountain Square shone no less brightly Thursday evening after being brought to brilliant life by local officials.

The ceremonial tree lighting — which usually takes place at the conclusion of the Somerset-Pulaski County Chamber of Commerce Christmas Parade — was held Thursday night and livestreamed online at the Chamber's Facebook page. It was scheduled on a different day from the parade (which was eventually canceled) to cut down on the number of people standing close together around the square, as per COVID-19 concerns.

"I love the tree lighting, and I hate that we're not able to do a parade this year," said Chamber Executive Director Bobby Clue, "but I promise you, I promise everybody watching tonight, we're going to come back next year bigger, stronger — it's going to be a great parade and we're really looking forward to it."

Tiffany Finley hosted the live event, which saw a prayer from Somerset Police Chief William Hunt, a performance of the classic song "I'll Be Home for Christmas" by the youthful Cassi York, and words by Somerset Mayor Alan Keck and Pulaski County Judge-Executive Steve Kelley. And even Santa Claus dropped by, making his regular yearly pre-Christmas Eve appearance in Somerset and reminding the boys and girls of the community that he loves them all and hears their requests.

"It's nice to be with the judge as we celebrate an important holiday, as we try to give some people some hope in a tough time," Keck told the Commonwealth Journal. "He and I are in this thing together. We want to try to keep our community safe and keep moving forward.

As usual, Keck and Kelley combined to flip the switch, and the the 18-foot-tall artificial evergreen was lit for the first time this holiday season, as it will remain until after Christmas.

"(The tree lighting) is enjoyable every year, but when you think about it, it's just symbolic," said Kelley to the Commonwealth Journal. "We here in our region, I think most people get the reason for the season. It's a symbolic thing, lighting the tree, having the parade, and having Santa, but the true meaning is (the birth of) Jesus Christ.

"We're glad that we can spread hope to people this time of year," he added. "People need hope. It's been a tough year, and I feel like we're doing that tonight."