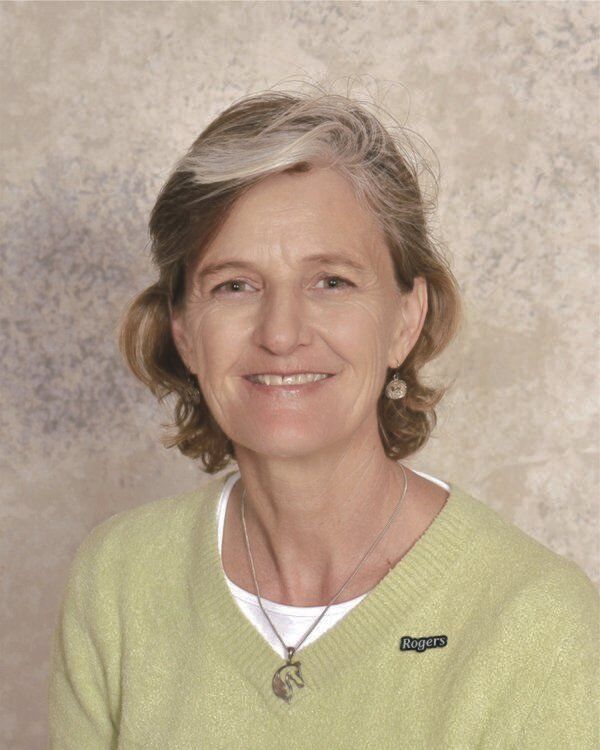 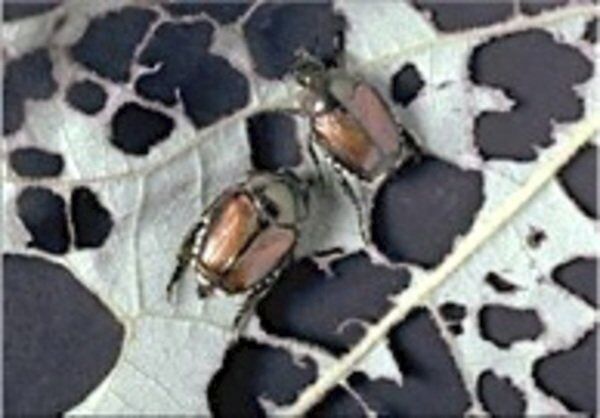 You may have walked into your garden recently and found plant leaves decimated or flowers chewed. It's the season for Japanese beetles, and as you may have already noticed, they are voracious feeders.

Japanese beetles are easily recognized by their attractive, shiny emerald-green and copper color. They are about 7/16 of an inch long, and if you look closely, you'll see patches of white hair on their sides.

The beetles have sharp, chewing mouth parts that allow them to grind up tender leaf tissue between the veins, leaving the leaves skeletonized and lacy. But they don't stop at leaves. They will shred flowers - you've probably seen them buried into the blooms on your roses - and even eat fruit.

They're pervasive. They attack and feed on more than 300 different plant species. Their favorites include linden, roses, grapes, blackberries and peaches. A longer list of host plants can be found at https://entomology.ca.uky.edu/ef451.

Japanese beetles overwinter below ground as grubs and emerge as full-grown beetles in July, spending the summer months feeding and laying eggs for the next year's batch.

It is a natural instinct for many people to automatically reach for a beetle trap when they see their first beetles of the season, but they're really not the best method of eradication. Beetle traps often attract more beetles than they can capture and that can lead to more damage to your plants. You can experiment with them, but don't place them anywhere near plants you want to protect. Remedies such as insecticidal soap and extracts of garlic, hot pepper and oranges do not help either.

So how do you protect your garden from Japanese beetles? First, if you're in the process of planning or planting your landscape, consider including species and cultivars they don't like to eat. Examples of those are most oaks, hollies, tulip trees and flowering dogwoods.

For those of us whose landscapes are mature and planting more trees isn't feasible, one of the best methods is to simply pick off and kill beetles when you see them on your plants. Beetles will be strongly attracted to a plant that is already damaged by beetles. The more damage, the more beetles, resulting in more damage and more beetles. It's a vicious cycle. If you walk through your garden in the evening and remove beetles by hand, you'll cut back on the number of beetles that show up the next day. Pick them off and plop them in a bucket of soapy water.

There are insecticides available that can help kill or repel beetles, but always follow the label instructions carefully and beware of treating any plant that is blooming. Organic options, which offer a three to four days of protection, include Neem oil, pyola and BtG (Bt for beetles). Synthetic options, which offer protection for one to three weeks, include Bifenthryn, carbaryl, cyfluthrin and lamda-cyhalothrin.

For more information about evergreen care, check out UK Extension publication EntFact 451 Japanese Beetles in the Urban Landscape, available online at https://entomology.ca.uky.edu/ef451, or contact the Pulaski County Extension Service at 606-679-6361 and request it be sent to you. Learn about timely events or things to do in your home gardens by becoming a fan of Pulaski County Horticulture on Facebook, or following @hortagentbeth on Twitter, kyplants on Instagram, and Pulaski County Horticulture YouTube channel.

The Pulaski Co Extension office is open to the public by appointment only through the month of July. Extension employees are still on the job and can be reached via office phone. Read the entire directive on the Pulaski County Cooperative Extension website at pulaski.ca.uky.edu.