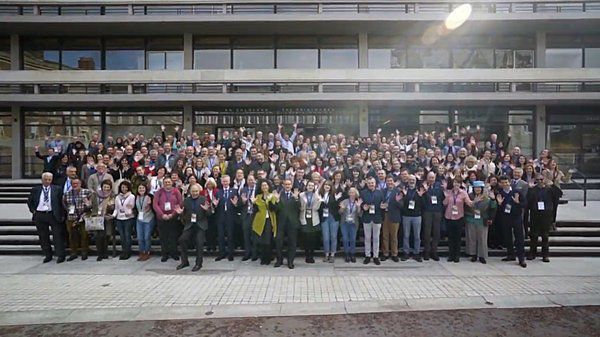 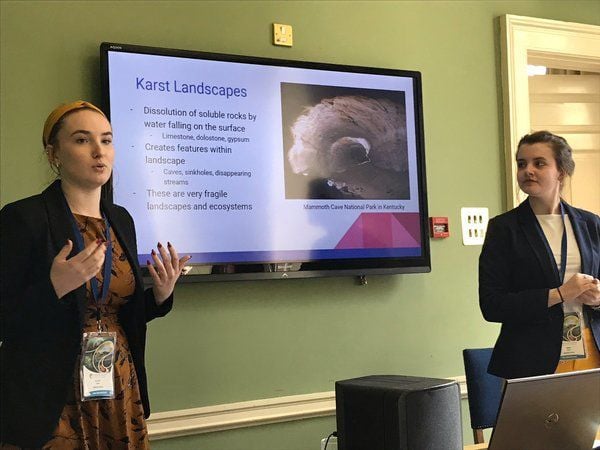 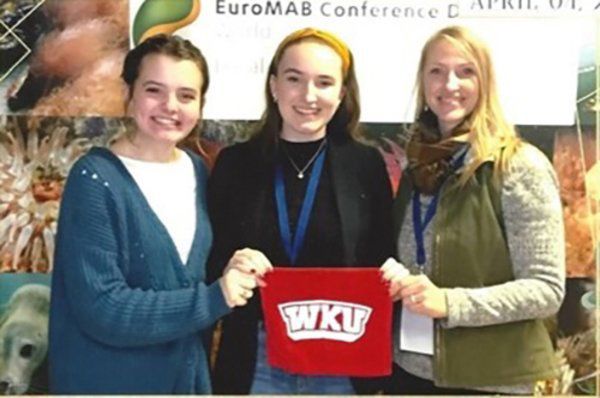 Emma Poole, Lillian Hamm, and Lee Anne Bledsoe pose with a Western Kentucky University towel -- a tradition among students and alumni when they travel. 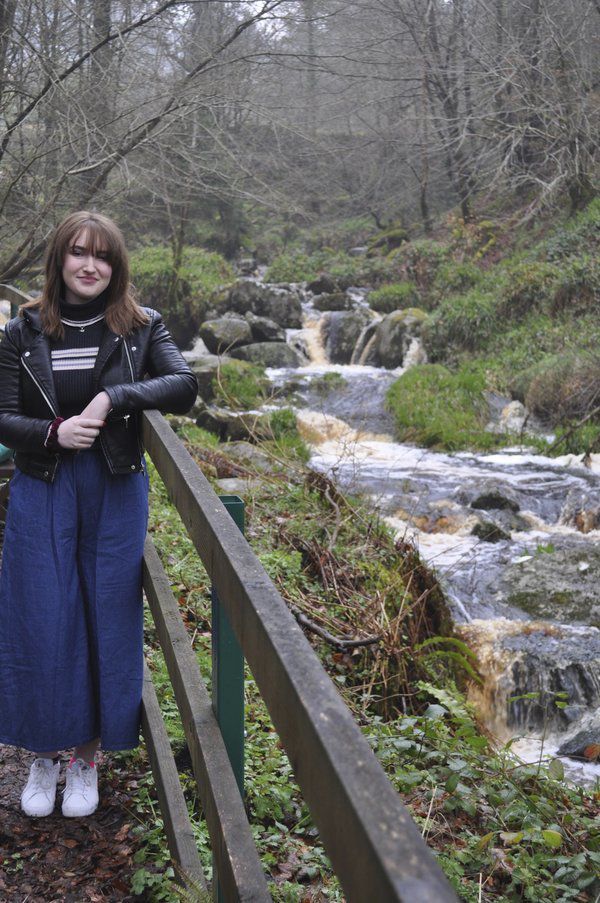 Lillian Hamm, a Western Kentucky University student from Somerset, poses by a stream in the Wicklow Mountains National Park just south of Dublin.

Emma Poole, Lillian Hamm, and Lee Anne Bledsoe pose with a Western Kentucky University towel -- a tradition among students and alumni when they travel.

Lillian Hamm, a Western Kentucky University student from Somerset, poses by a stream in the Wicklow Mountains National Park just south of Dublin.

A local Western Kentucky University student recently had the opportunity to close out her junior year by presenting her research to geologists at an international conference in Ireland.

Lillian Hamm, the daughter of Tina and Mark Hamm of Somerset, was one of three WKU representatives who attended the UNESCO (United Nations Educational, Scientific and Cultural Organization) EuroMAB 2019 meeting in Dublin, Ireland, during the first week of April. Every two years, European and North American Biosphere Reserves (BR) gather under the direction of UNESCO's Man and the Biosphere (MAB) program. This year's conference included 230 delegates from 36 countries.

This year's conference theme was "Local Actions for Global Challenges" recognizing that we can all take action at home to address issues affecting people and the environment on a larger scale. The meeting was comprised of plenary and workshop sessions where delegates developed practical actions and identified potential collaborative measures each delegate could be involved in across the network.

UNESCO selects international biosphere reserves based on their unique ecosystems and exemplary biodiversity. Mammoth Cave National Park is the core area of the Mammoth Cave Area Biosphere Reserve (MCABR) and was designated as such in 1996. However, the MCABR extends beyond the park boundaries to include portions of six counties - Edmonson, Hart, Barren, Butler, Metcalfe and Warren - in its programmatic jurisdiction.

At the conference, Hamm and Poole presented WKU faculty-mentored research they have been conducting with Bledsoe and hydrogeology professor Dr. Chris Groves over the past year analyzing cave and karst resources across BRs globally. Hamm explained that they have been creating a database of such systems, which provide a huge resource for groundwater.

Biosphere Reserves are designed to integrate environmental conservation and sustainable economic development as to protect the well-being of all living things - humans included - and promote ecological and cultural diversity and community involvement. The MCABR is co-managed by the National Park Service and the Barren River Area Development District and has a 22-member Advisory Council made up of local stakeholders, scientists, community leaders, elected county officials, and state and federal organization members.

Bledsoe, Hamm and Poole also participated in several other workshops including Biospheres as Climate Change Observatories, Youth Empowerment, and Building Synergies between Protected Areas. In addition to technical sessions, several study tours were offered to delegates to see the MAB program in action within the Dublin Bay BR including trips to Howth Head to observe land management and conservation efforts as well as a Biosphere Discovery Cruise discussing how to balance biodiversity and one of the busiest ports in Europe.

"We think of biospheres as rural or isolated but the Dublin Biosphere is in the middle of a city," Hamm said. "It was really interesting to see how the city interacts with the environment."

The conference also included cultural events at historical and iconic buildings such as Dublin Castle, Christ Church Cathedral, and the former Jameson and Guinness estates.

"It's a beautiful city," Hamm said of Dublin. While it wasn't her first trip abroad, the conference did afford Hamm her first chance to visit Ireland.

Not yet sure of her post-graduation plans, Hamm is a rising senior within the WKU Mahurin Honors College -- majoring in both Geology and Chinese. She explained the combination came through her own experience attending the Gatton Academy, WKU's early college entrance program geared toward STEM (Science, Technology, Engineering and Math) studies.

Hamm explained that Gatton Academy students are offered a number of foreign language tracks. She chose Chinese because it was something that wasn't offered locally. At some point, she was also placed in the Geology track while still at that high school level.

"There are several fields to consider," Hamm said of renewable energy work. "The big step for the United States is integrating these sources into workable solutions for different communities. Our country is geographically huge, and there's no one source that will work for every single climate."