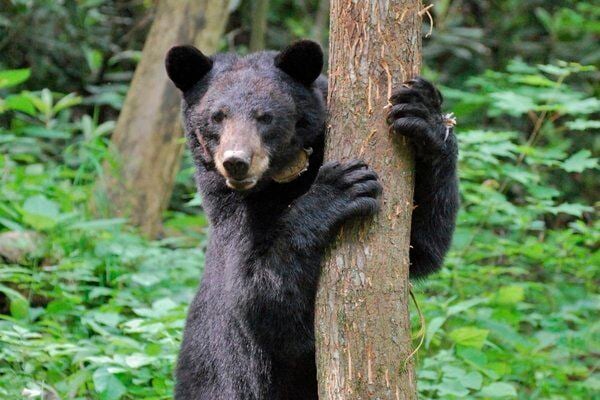 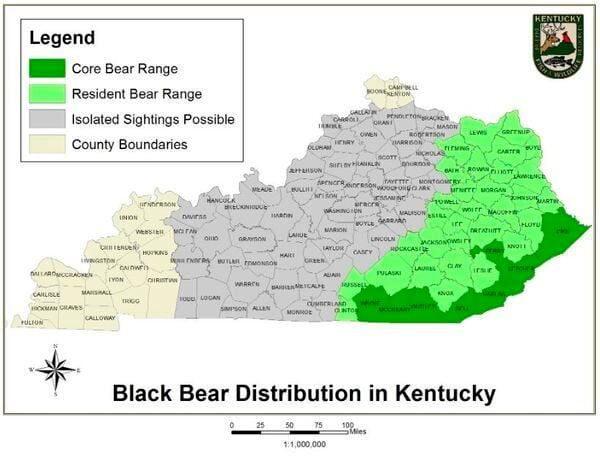 The arrival of spring means bear activity is on the rise in Kentucky. An increase in activity can also mean an increase in bear complaints.

For those experiencing problems, it may be easier to make some simple adjustments rather than trying to change the bear's behavior. Most bear problems center around food. To a bear, garbage or an open dumpster can equate to a quick and easy meal. Even food scraps thrown to bears in parks can create a problem.

"Bears, which are normally reclusive, start to lose their fear of people when an easy meal becomes available," said John Hast, Bear Program Coordinator with the Kentucky Department of Fish and Wildlife Resources. "These easy meals are what brings bears into yards and around houses, putting the public in danger of having a close bear encounter."

It is illegal to feed bears in Kentucky. Some of the most alarming issues with bears involved people feeding them along the sides of roads. Roads around Pine Mountain and Black Mountain in eastern Kentucky have seen an increase in bear feeding, and biologists have had to remove bears from these areas each summer.

The need for bear awareness extends beyond the mountains of eastern Kentucky as the state's bear population continues to expand. Young male bears instinctively disperse from their home areas and wander widely in the spring and summer. It is possible to see a roaming bear anywhere in the state.

Residents in areas where bears are present can do more than just keep their garbage in a secure location until pickup. Other suggestions for making an area less attractive to bears include:

• Remove birdfeeders in spring and summer when natural foods are available;

• Throw food scraps in the trash, not in a yard or fire pit; and

• Surround beehives with an electric fence, an effective bear deterrent.

For more information about bears, visit the Kentucky Fish and Wildlife website at fw.ky.gov.

Zelene Cooper, 84, Monticello, passed away Tuesday, May 4, at the Lake Cumberland Regional Hospital Jean Waddle Care Center. Arrangements are pending and will be announced by Morris & Hislope Funeral Home. Condolences may be expressed at: www.morrisandhislope.com.