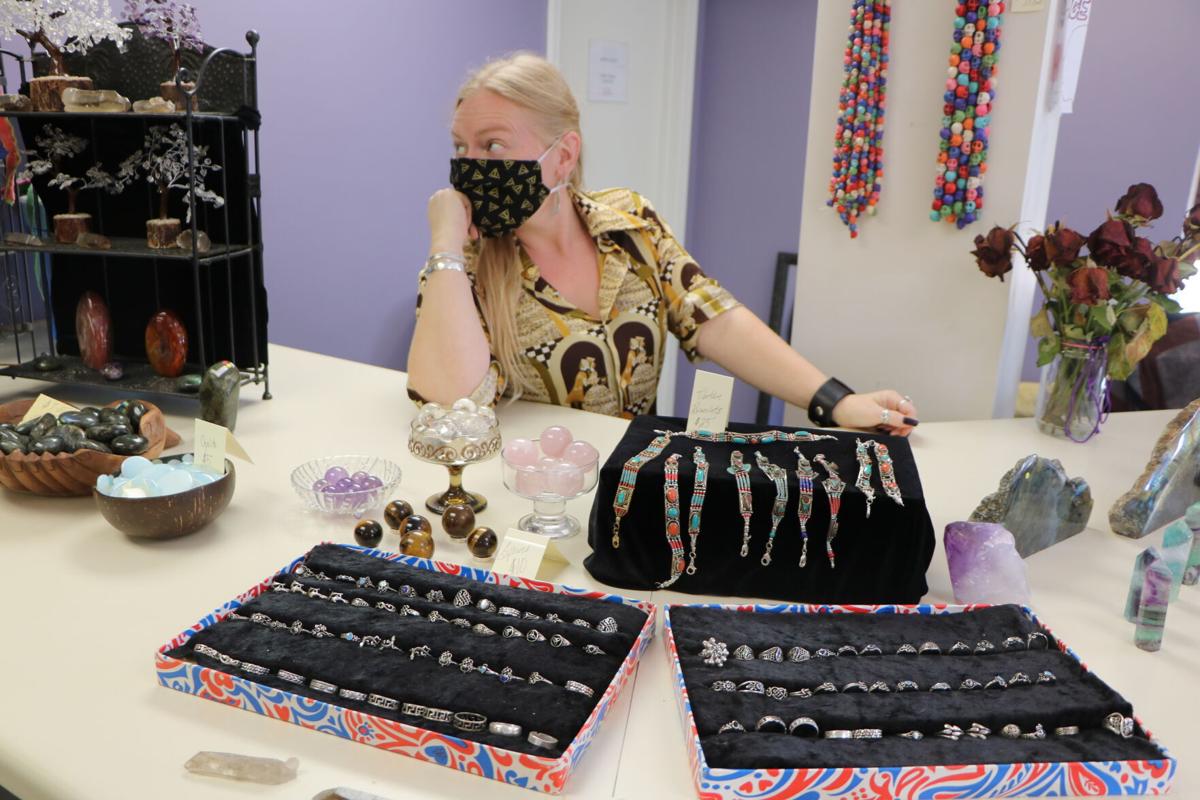 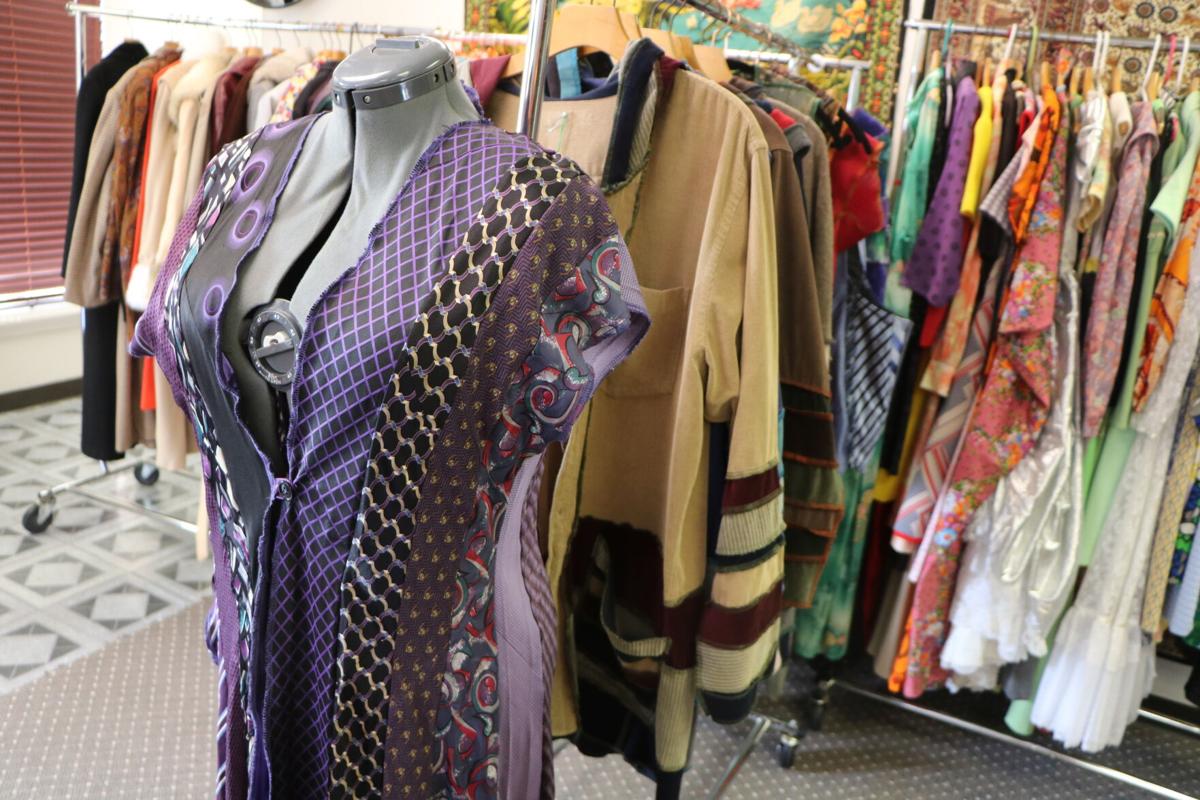 Clothes at A Bazaar Universe. 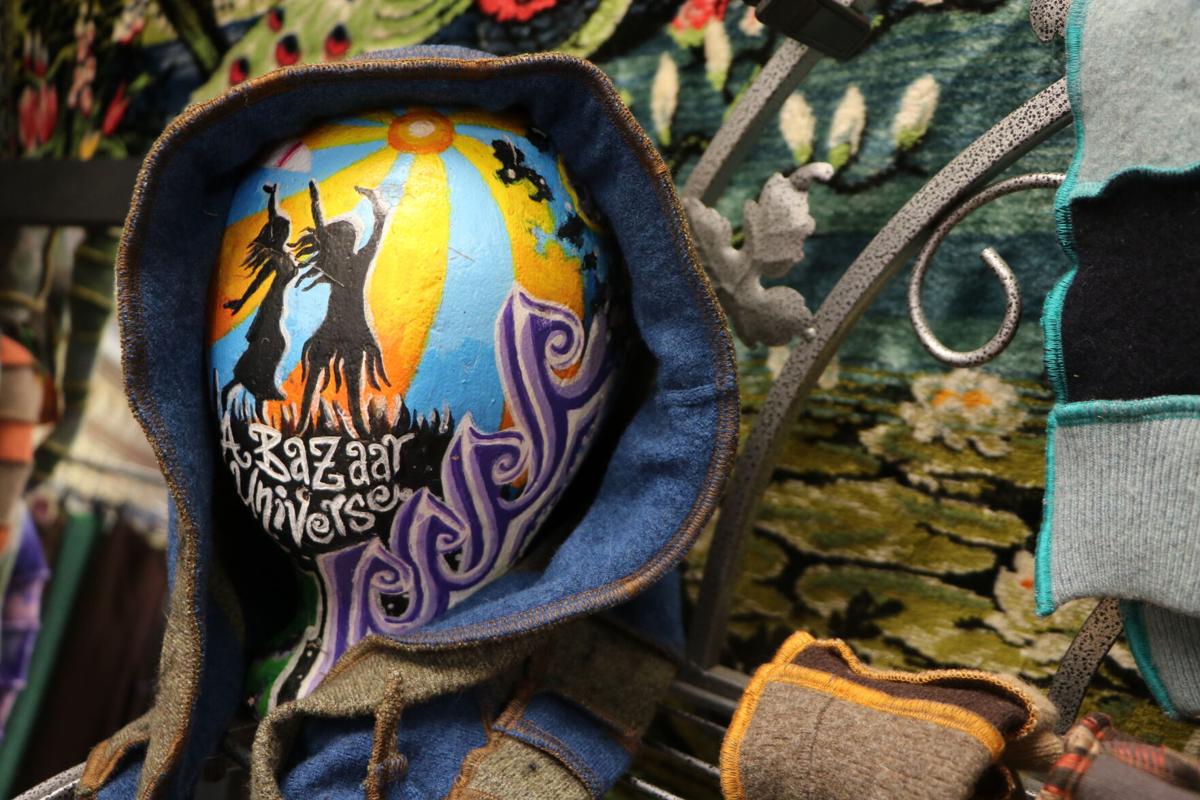 Hoods and hoodies are among the specialties of A Bazaar Universe. 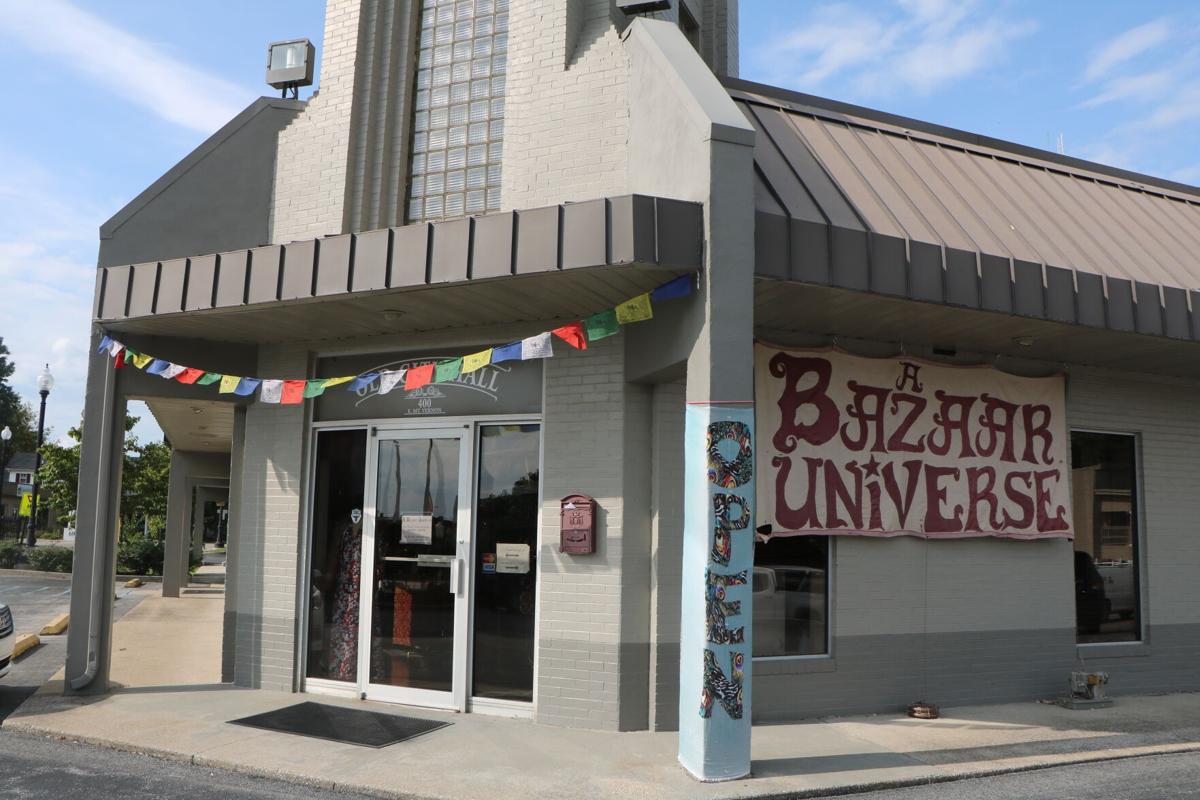 Location at the intersection of College Street and East Mt. Vernon Street.

Clothes at A Bazaar Universe.

Hoods and hoodies are among the specialties of A Bazaar Universe.

Location at the intersection of College Street and East Mt. Vernon Street.

Few years in modern memory have been quite as bizarre as 2020, thanks in large part to the looming shadow of COVID-19.

For a Bazaar Universe, a unique apparel business co-owned by Somerset’s Jade Ellis, it’s been a year like no other.

And that has required some alterations to the way the business normally does things. Which is fitting, since making something new out of something that already exists is what A Bazaar Universe does best.

Started almost a decade ago by Jade Ellis of Somerset and her friend Delia Williams — who has also lived here but is now in Detroit, where she continues to operate the business’ online presence — A Bazaar Universe deals in eccentric looks and one-of-a-kind finds.

Ellis and Williams approach their business from an ecological mindset, hitting up thrift shops and other sources to find textiles which they then snip, swap, and combine to make an original creation. Ellis calls herself an “abstract fabric artist” — rather than a tailor that follows patterns, she makes what inspires her.

“Everything that we do is made from recycled material,” said Ellis. “They’re all from fabrics we’ve found and cleaned and made into new things.”

That inclusive experience extends to sizes. Ellis said it’s important to her to have something for every body shape.

“The fashion industry today is so focused on super-skinny bodies; a women’s size 14 is not plus-sized, it’s average-sized,” she said. “I want to change that in society’s consciousness, to make it okay that a size 14 is more average. It’s important that I make things for more voluptuous people.”

Ellis is originally from McCreary County, but came to Somerset go to Somerset Community College out of high school, around 2003. She moved away for a year, and came back for a couple of years, and then hit then road again — seemingly for good.

“I started really traveling; I’d just stop and live somewhere for a while,” said Ellis.

On one of her stops in Hawaii, she met Williams, and the two quickly bonded over their similar perspectives and plotted ways to travel together. A year later, in 2011, they were going to music festivals and volunteering, and would stop at secondhand stores along the way, making great finds that they would repair and put their own touches on. The more shows they went to, the more their work got noticed.

“People kept wanting to buy the things we were wearing,” said Ellis. “We also had a costume tent set up at our camp. We said anyone can play dress-up with us, but you have to bring the clothes back at the end of the event. People were wanting to buy the clothes. There became a market for it.”

The two decided to try becoming vendors for their work, and would “just see what happens.” So every show, Ellis and Williams would try to make their stuff a little better, make the booth better, and make a “more inclusive experience for everyone.” They set about making clothes people could buy and still do so eight years later — jackets, hoodies, shirts, armwarmers. Most all of them colorful, with a distinct Bohemian vibe and stand-out-in-a-crowd flair.

As well as the website at abazaaruniverse.com, the business model Ellis and Williams have pursued over the years has been a mobile one — following the festival circuit and setting up at big events, like Bonnaroo in Tennessee or Electric Forest in Michigan. Ellis said the concept of an actual brick-and-mortar location had rattled around in her mind for years, but in 2020, everything changed.

“When Covid hit, all the festivals got canceled,” said Ellis.

One by one, all the regular events Ellis and Williams counted on attending each year disappeared off the schedule. With them went the bulk of A Bazaar Universe’s revenue stream. Ellis first turned to making masks to help essential workers at the outset of the COVID-19 crisis, but something had to be done to save A Bazaar Universe.

The answer, as it turned out, was right in front of her. Ellis already operated a sewing studio at Flashback Theater Co., the building at the intersection of College and East Mt. Vernon Streets that used to house Somerset City Hall. Between Flashback and McNeil Music Center in the building is a space known as the Corner Gallery, which has played host to art exhibits, theater events, and other purposes.

Turned out, it was the perfect space for Ellis to set up shop and give A Bazaar Universe an actual storefront location, to make the best out of a bad situation. The store opened in July and Ellis, weaver of words as unique and thoughtful as her garments, said things are off to an “interesting start” settled in downtown Somerset.

“It’s very different from music festivals, but so far it’s been a great opportunity for me to meet some amazing people in this community,” she said, thanking Flashback Theater Co. for making the store possible via the space. “I’m usually working out of town off and on nine months out of the year, so I haven’t really gotten to know many people outside of the local theater and arts communities. It’s really cool to have a space to chat and get to know so many awesome neighbors.”

Right now, Ellis plans on inhabiting the space through the Christmas holidays, making it a great place to pick up out-of-the-box gifts here in town. Indeed, the new location offers a bit of versatility to a business used to setting up in tents in a temporary setting. The store carries a wider variety of merchandise than a typical Bazaar Universe festival set-up, said Ellis, and she’s found it’s a way to help support others in similar situations who found their livelihoods impacted by the virus’ ramifications.

“At music festivals we sell vintage clothes and handmade upcycled pieces of wearable art,” said Ellis. Well, in addition to that, the storefront has a variety of things from other music festival vendors and some local artists. The music festival vending community is really like a family, we are accustomed to seeing each other almost every week during festival tours. We support each other and help each other out at shows — when you need an extra bungee or a lightbulb, or when a patron is getting out of hand, well, situations get remedied really quickly when you’re surrounded by a bunch of hard working, loving, and caring people. But we all live in different places so most of us haven’t seen each other since October.”

Ellis gave a “shout-out” to Mark and Debbie from Wormtown Trading Co. for sending the first boxes of inventory for the shop, including crystals and jewelry that helped spark the local endeavor going. “Many years ago I told Mark about my concept to bring a little bit of my festival world to Somerset, and without their encouragement and support this probably wouldn’t be happening.”

Also, Ellis pointed to “dear friends at Culture Cross Jewelry” for sending artisan-made jewelry from around the world, while Katie Did It! Glass sent handcrafted earrings and kaleidoscopes.

“Let me tell y’all, it’s been really really rewarding to be able to bring their unique merchandise into Somerset and see our local community support and love things that are usually only available at music festivals,” said Ellis. “We’ve all been working on our online presence, so you can check them out online too. There’s a lot more here than just crystals and vintage and jewelry, it’s a really unique little shop. More things are always coming from more friends, so you have to keep coming in to see what’s new.”

The shop is open to the public Thursdays, Fridays, and Saturdays, 11 a.m.-7 p.m.; the rest of the week, Ellis — a busy mom of one — makes the store open for shopping by appointment, by calling or texting 606-224-6267 or emailing abazaaruniverse@gmail.com.

“This is an interesting time to be opening a public anything, so giving people the chance for private shopping has actually been a really cool option,” she said.

In addition to the website, A Bazaar Universe also has a presence on Facebook and Instagram, where Williams posts vintage items for sale and Ellis handles store updates. Ellis is preparin to take custom orders for arm warmers, hoods, and hoodies — usually only available in Somerset at the Sheltowee Art Fair each year and occasionally the Shine House.

COVID-19 took away the universe that Ellis was used to — but out of that chaos was born something new and exciting in downtown Somerset. Perhaps those who visit and try on something new will find themselves reinvented as well.

“When you wear something you think is beautiful, you’re more likely to feel beautiful while wearing it,” said Ellis. “I want everyone to feel how beautiful they are.”