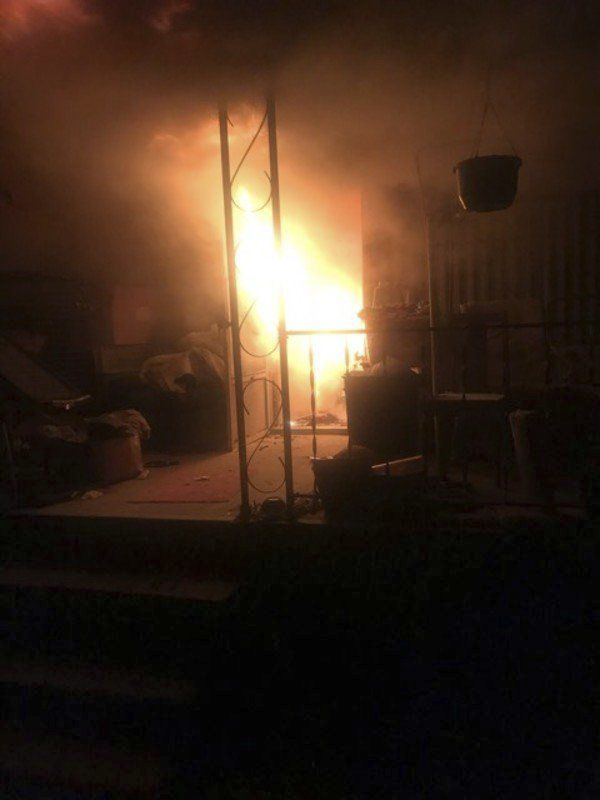 The fire at the Warrens' home in Eubank was a total loss, including the deaths of five pet dogs. A silent auction is being held to help the family get back on their feet. 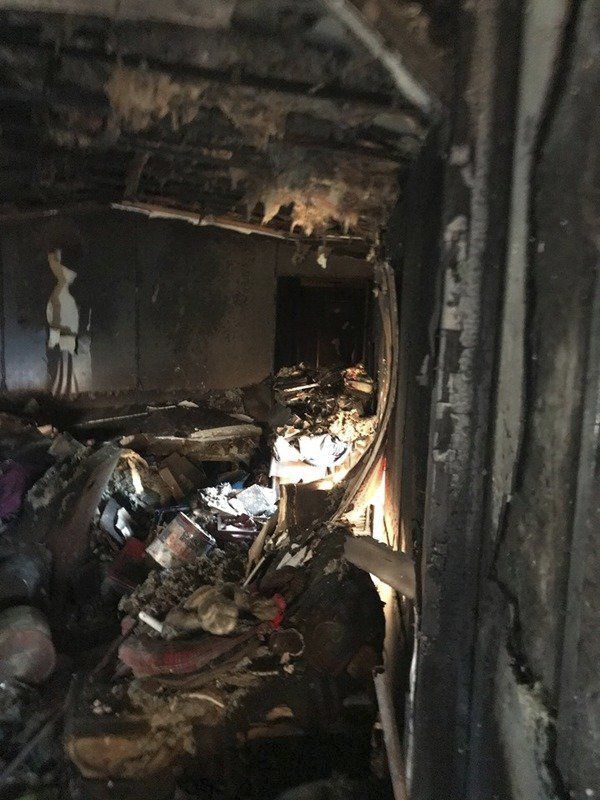 The Warrens' home was completely burnt on the inside. Five pet dogs perished in the blaze. 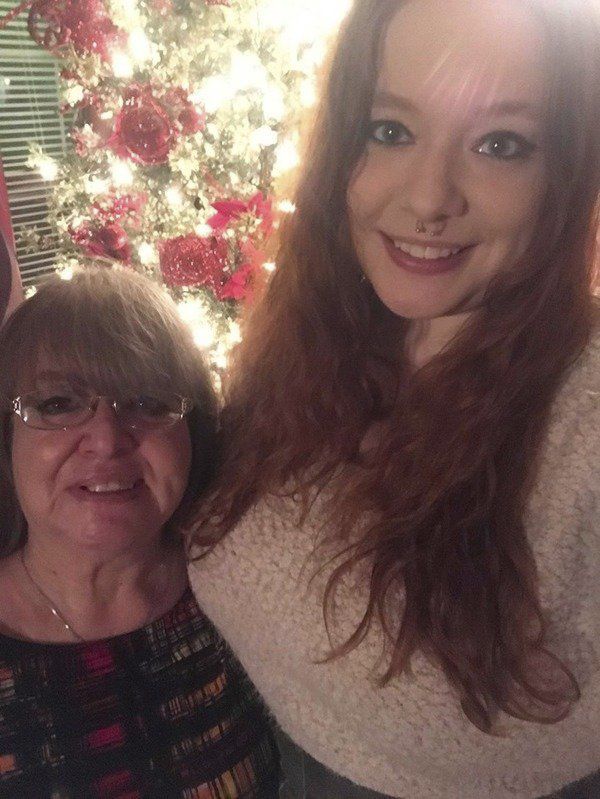 The fire at the Warrens' home in Eubank was a total loss, including the deaths of five pet dogs. A silent auction is being held to help the family get back on their feet.

The Warrens' home was completely burnt on the inside. Five pet dogs perished in the blaze.

The start of a new year is supposed to signal hope. Optimism. Good feelings.

In the first few hours of 2020, however, a Eubank mother and daughter felt very differently.

Fanny Warren arrived home at about 1 a.m. on January 1 to find her rural Eubank home ablaze. Her adult daughter Tiffany, who also lived there, was not far behind.

"(Fanny) unlocked the door and was hit by the heat of the house. She called for our five dogs before returning to her car to drive somewhere to call 911," said Tiffany, who was not far behind. "I met her on our road and stopped her to ask what she was doing and she said, 'Tiffany, call 911! Our house is on fire.'"

The loss was unimaginable. The home was totaled, almost everything inside melted or turned to ash; going back in to clean up and find whatever could be salvaged took days and days. All five dogs perished in the fire.

"Devastation. Helplessness. Just a deep feeling of being lost without any idea of what to do or how to grieve," said Tifffany, a student at Somerset Community College, of what she felt in the aftermath of the tragedy. "Losing my dogs was truly one of the worst things that has ever happened to me. I know my mom feels the same way."

Fortunately, the Warrens were not without places to turn. Tiffany is grateful to stay with family members who have "constantly reminded us that we have not been a burden and have made us feel welcome in our time of need."

Tiffany also utilized social media to let those in her circle know what happened and set up an account on the crowdfunding site GoFundMe, "Moving Forward from the Fire." The effort raised over $3,500 to help the family get back on their feet and make progress toward finding another place to live. Others have donated clothes and necessities, an incredible amount, according to Tiffany, who plans on studying Theatre at Northern Kentucky University in the fall.

"People in the community of Eubank and Somerset have been so kind when it has come to donations of all sorts," said Tiffany. "My heart is so overwhelmed with all of the people who have done their very best to help us out."

One of those people is Matt Dawson.

An employee at Texas Roadhouse, Dawson first met Tiffany around five years or so ago when she also worked at the restaurant in Somerset. The two became friends and stayed in touch even after Tiffany moved on from the job.

"Obviously, I was devastated when I heard the news," said Dawson. "She's still so young to be dealing with a lot of the proverbial hand she's been dealt. It's just... when someone close to you is hurting, you hurt for them. Obviously, her situation hasn't had the same impact on me that it has for her, but still ... my heart really went out to her."

Like his friend, Dawson has an artistic side. A freelance painter, Dawson does commissions and has volunteered painting murals for churches, classrooms, and youth centers. Additionally, having once played in a band as part of the local music scene and worked at a tattoo shop, Dawson is plugged into the artistic community in Pulaski County.

And so, inspiration struck: Dawson would decide to organize a fundraising event for the Warrens.

"What made me decide to hold the benefit was, it's what my resources would allow me to do that I felt would have the biggest impact," he said. "... I have a lot of friends and colleagues who are very involved in the arts, so I knew if I could organize this event, I could probably get a lot of them to donate their time/services/artwork/etc."

The silent auction will be held this coming week at Jarfly Brewing Co. in Somerset, lasting from Wednesday, January 22 to Sunday, January 26. The plan is to have a display of the items down for auction and over the course of that time period, Jarfly patrons can put down their bids for the desired item. Bidding will end Sunday evening, and winners will be contact to pick up their items and make payments. Every dime goes directly to the Warrens.

"I don't know exactly what will be donated from each person or place yet, but it will be something specific to their business," said Dawson. "... As far as my own work goes, I mostly paint a lot of pop culture type stuff, I have a 16 x 20 canvas piece based on 'The Mandalorian,' for instance, that I intend to donate, along with a couple other pieces, and I plan on trying to finish at least one or two more before the event."

Having Jarfly involved "absolutely" helps raise the profile of the auction, and increases the potential of raising money for a local family that's starting over.

"They are one of, lets face it, not many 'go-to' spots right now in Somerset and the surrounding area, especially in the vein of weekend entertainment type venues," said Dawson. "Hopefully, there will be folks there specifically for our event, but their regular patrons will also most likely be there, people that may otherwise not have even been aware, but may be inspired to help, once they are there and see the need."

Visit the event page on Facebook "Silent Auction Benefit for the Warren Family" to learn more.

Tiffany said that of all the outcomes she could ask for, having her beloved "fur babies" back would be the one she would most want. No one on earth can make that possible; however, the Warrens have been blown away by what others have done and are willing to do for them in their hour of need.

"I literally just sat on the bed my mom have been sharing at night and cried and cried when I found out a fundraiser was being put together," said Tiffany. "It's easy to feel like a nobody in a community but then, a tragedy happens and you find that people do care and think about you. My heart is so full thinking that people in the community are wanting to help, are wanting to come together for my mother and myself and help us out in any way I can. That has truly left me smiling and crying tears of just disbelief and joy from time to time.

"I am so glad to know so many amazing people who are so considerate and big hearted," she added. "In a time where nothing seems stable or okay, knowing there are people trying to put something together that would benefit my mom and me is something to look forward to and be grateful for."

Ray Ivan Roberts, 85, of Englewood, FL passed away Wednesday, Jan. 15, 2020 in Venice, FL. A funeral service will be held at 1 PM Saturday, January 25, 2020 at Pulaski Funeral Home. Burial will follow in Hollars Cemetery. Visitation will be after 11 AM Saturday. Pulaski Funeral Home is honor…

Douglas Stutz, 63, of Bethelridge, passed away Friday, January 17, 2020 at his residence. Arrangements are pending and will be announced later by Morris & Hislope Funeral Home. Condolences may be expressed to the family at: www.morrisandhislope.com