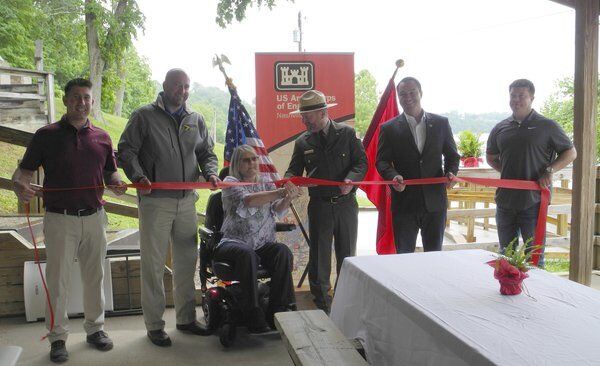 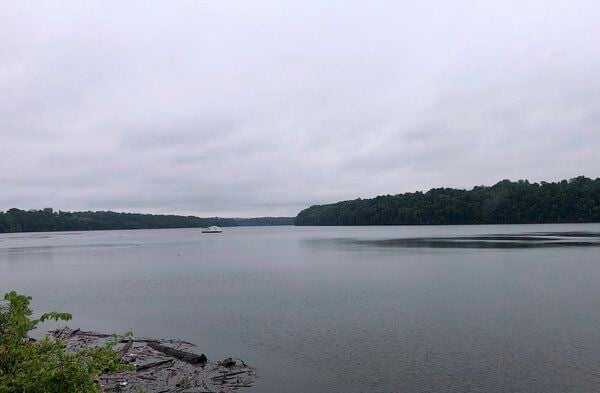 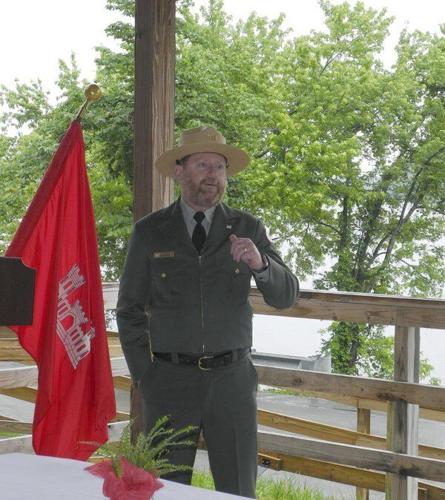 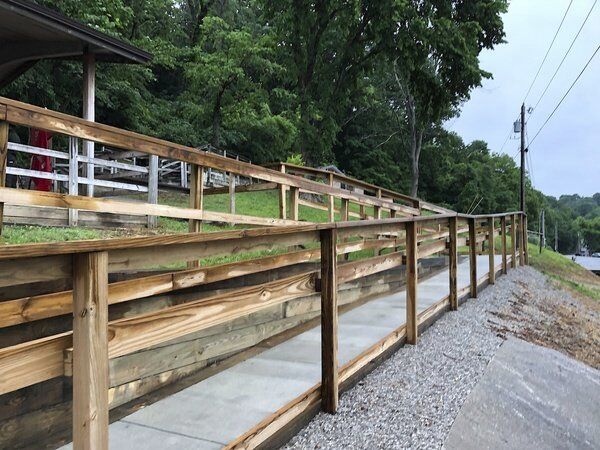 The ABA ramp was designed by AGT Engineering and constructed through coordination with LTS Construction and A&C Construction.

The ABA ramp was designed by AGT Engineering and constructed through coordination with LTS Construction and A&C Construction.

Just in time for the Memorial Day weekend kickoff to lake season, officials with the U.S. Army Corps of Engineers joined with local civic leaders and a special visitor Monday to dedicate a new handicap accessible ramp at the Waitsboro Recreation Area.

The idea for the ramp came from a cousin of Sandy Stigall's, who first reached out more than a year ago to the Corps on her behalf. Stigall, who uses a wheelchair, and her husband Montie frequently visit to Waitsboro but its steep terrain always made reaching the picnic spots difficult.

From that first email, Jonathan Friedman, Resource Manager for Lake Cumberland and Laurel River Lake, reached out to the Tateville couple as well as others and the plan to develop an accessible ramp for Waitsboro's main picnic shelter soon came together.

Mrs. Stigall talked about how the family enjoyed bringing something to eat and just looking out at the lake from the parking lot when her kids were small. Even before Monday's dedication, she was eager to try the new ramp out.

"We were here yesterday as a matter of fact," she laughed. "We all love it."

"That's where the whole family wants to come and she never could get up here," Mr. Stigall said of Waitsboro being their favorite spot, adding that his wife didn't like the idea of being carried to the picnic shelter.

The Corps has also worked with the City of Somerset to bring a new waterline into the campground. Somerset Mayor Alan Keck spoke about the importance of collaboration between government entities.

"We want to make sure that Somerset is doing our part to improve this already great space," the mayor said.

"This body of water means so much to so many of us -- our community, this region, this state and quite frankly the nation," Girdler said of Lake Cumberland. "It's an example of the American spirit and American ingenuity. It truly is an example of a collaborative effort among so many, and that's really what today's event is all about. It's the spirit of helping others [and] finding ways to get things done."

Girdler also paid tribute to Friedman as a champion of Lake Cumberland and the Corps of Engineers.

While Friedman acknowledged that most people are familiar with the ADA (American with Disabilities Act of 1990) in terms of addressing accessibility, he added that the federal government had first legislated such initiatives back in 1968 with the Architectural Barriers Act -- which requires that buildings or facilities that were designed, built, or altered with federal dollars or leased by federal agencies after August 12, 1968 be accessible.

"The federal government has a rich history of ensuring certain standards," Friedman said, adding that his staff were instrumental in moving this particular project forward. "…Russell, Clinton, Wayne, Pulaski, McCreary, Whitley and Laurel counties are members of this community. That's a lot; granted, we are the 8th largest reservoir in the United States. Bear with us while we try to make things happen."

With that and a brief invocation, Friedman joined Mrs. Stigall and others in cutting the ribbon on the Waitsboro ABA accessible ramp -- declaring it open for use.