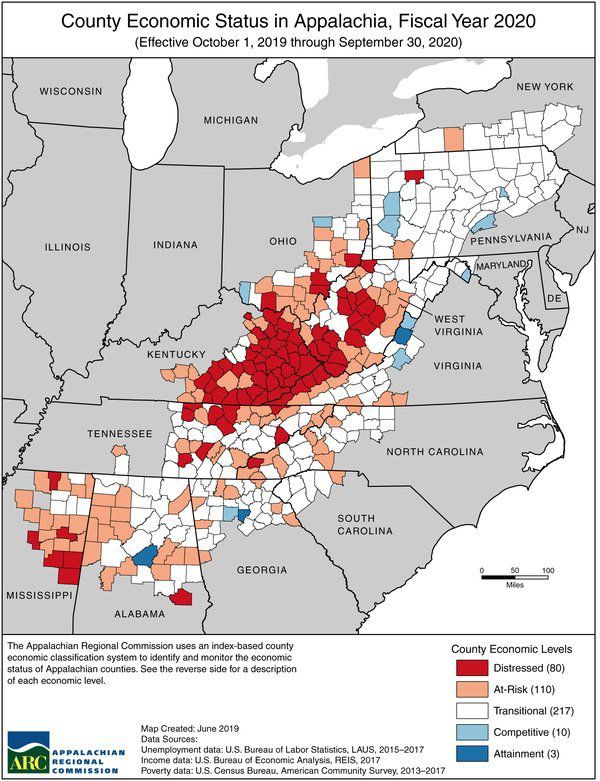 An annual report from the Appalachian Regional Commission on its 420-county service area shows that while Appalachia is seeing some economic improvement, the heart of the region is still struggling.

In southeastern Kentucky, Pulaski and Laurel counties are classified as "at risk" and are completely surrounded by "distressed" counties. The classifications were the same as last year, indicating no movement either in a positive or negative direction.

Kentucky continues to have the lion's share of economically distressed counties. The "distressed" label is reserved for the lowest 10 percent economically based on an assessment of county-level data on unemployment, per capita market income, and poverty. The other classes, listed in ascending order, are: at risk, transitional, competitive, and attainment.

Based on these numbers, Pulaski County is ranked 2,718 out of the United States' 3,113 counties.

Most of the counties that moved down in class from last year were in Ohio and West Virginia -- likely due to coal's decline. There were no gaining counties in Ohio, Pennsylvania or New York. The majority of gains were seen in the southern half of Appalachia.