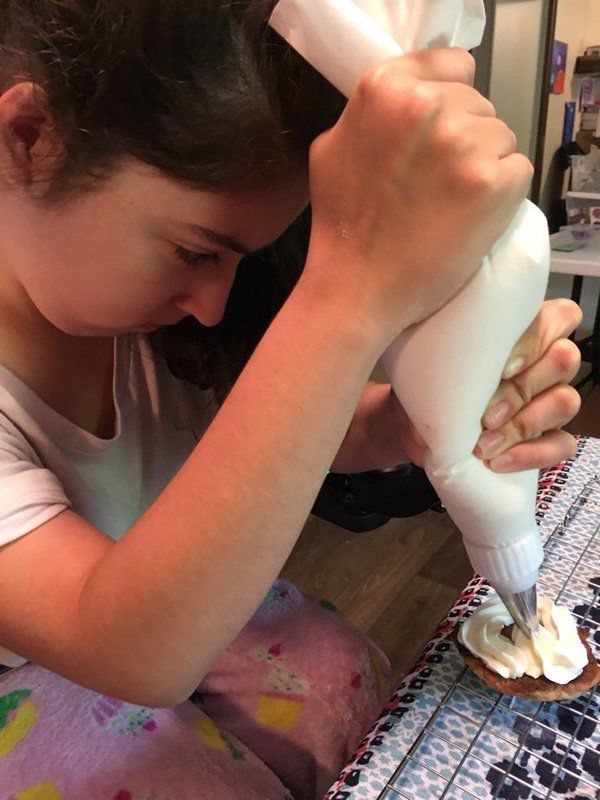 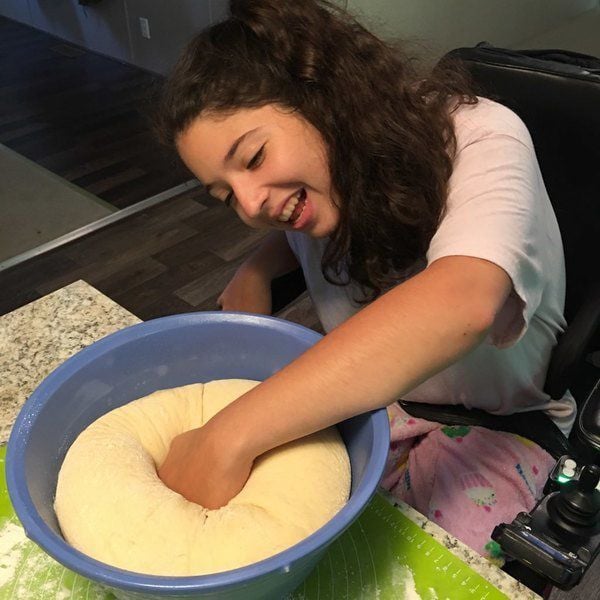 Macey Powell, 15, is kneading dough for her home-based bakery. She said she plans to set up at the Somerset Farmers Market on July 3 with cinnamon rolls and other goods. 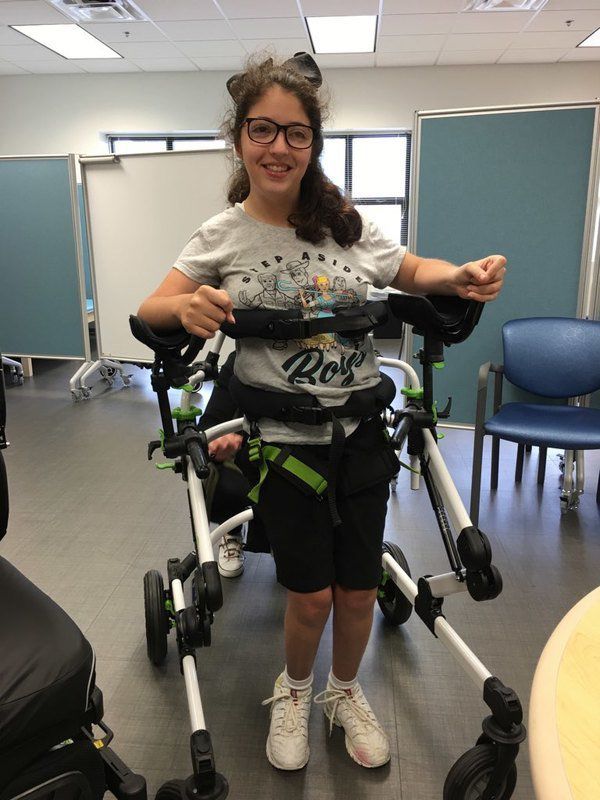 Macy Powell, who has cerebral palsy, sometimes uses a piece of adaptive equipment in order to stand at the counter, as she is demonstrating here.

Macey Powell, 15, is kneading dough for her home-based bakery. She said she plans to set up at the Somerset Farmers Market on July 3 with cinnamon rolls and other goods.

Macy Powell, who has cerebral palsy, sometimes uses a piece of adaptive equipment in order to stand at the counter, as she is demonstrating here.

It's a sweet deal - a start-up business that makes baked goods and gives part of the profits to good causes. The sky, or the pie in the sky, is the limit for 15-year-old Macey Powell.

The young businesswoman has started her own venture, a bakery business in which 25 percent of the sales go towards helping the community.

Macey's home-based bakery, Mixing with MJ, sees the young entrepreneur whipping up cupcakes, breads, cinnamon rolls, cookies, cakes and pies. She bakes each item from scratch and decorates them. She then puts them up for sale at various events.

She has been seen in the past at the Somerset Farmer's Market, next to the Mall, and has plans to be set up there again on July 3.

It's part of a business that Macey said was inspired by friend and fellow baker Megan Martin.

The homeschooled Macey said she has been baking since she was 9 years old. When she took part of the Somerset-Pulaski County Chamber of Commerce's Young Entrepreneurs Academy (YEA), she chose that as her business plan and possible future career.

Macey's mother, Heather Rosenberger, said Macey was fond of the cooking and decorating part of the equation.

"The baking part she loves, the business part, not so much," she laughed.

Macey herself admitted that making the Shark Tank-like presentation towards the end of the YEA class was the hardest part.

Rosenberger said the money from each sale is divided up into four piles - give, save, spend and invest.

That "give" portion has gone toward several causes, including donations to the Living Bread Soup Kitchen and the Over My Head shelter. Macey has also bought around 25 toys and donated them to Total Pediatrics Therapy.

"It's really important for Macey to give back to the community," Rosenberger said.

It's because Macey, who has cerebral palsy and needs a wheelchair to get around, has been helped so many times by other in the community.

For example, when Macey was 9 years old, several organizations and groups came together to help fund a new wheelchair and accessible van for the family.

Total Pediatrics Therapy was chosen as the drop-off point for the toys because Macey needed their services in the past. She speaks fondly of "Miss Laura" - physical therapist Laura Pope.

Her mom said that it was important to Macey to help other children who, like herself, have special needs and have to go through therapy.

"The toys that we picked were specific toys to help kids that need occupational therapy and physical therapy," Rosenberger said. "Puzzles and things to distract them when they have to do hard activities, because it's not easy to do therapy sometimes, and sometimes when you have something fun to do it makes it a little easier."

When baking, Macey sometimes uses a piece of adaptive equipment that raises her up so she can stand up to mix, Rosenberger said.

And while she has already done good deeds, Macey's community service plans may expand in the future to gather support for a different cause that affects her.

"My ultimate goal is to own a bakery, but I have another goal," she said, "and that's to make bathrooms more handicap accessible."

She and her mother agreed that it was one of the biggest obstacles in helping her become independent in the community.

"The biggest issue she runs into is the inconsistency of accessible bathrooms, so if she had the opportunity to raise money to help local businesses make their facilities more accessible, that's her biggest goal," Rosenberger said.