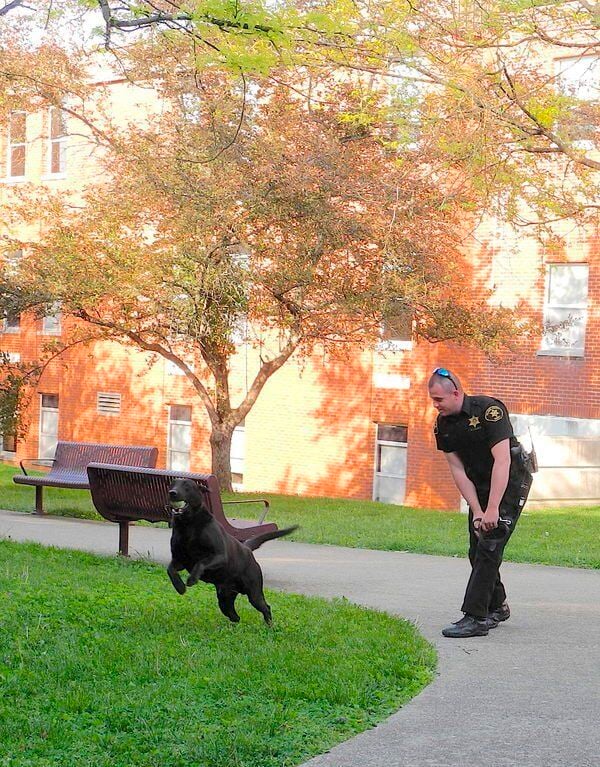 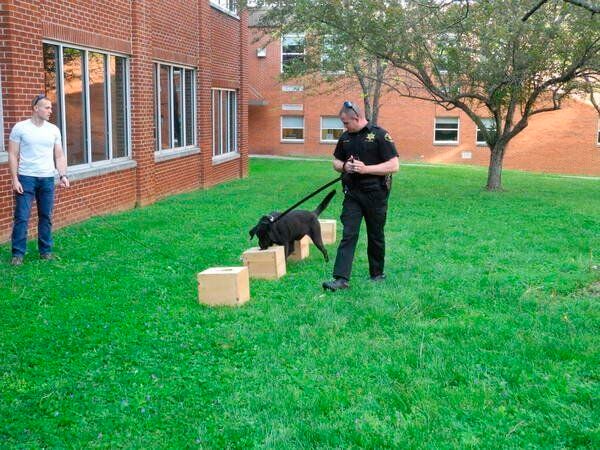 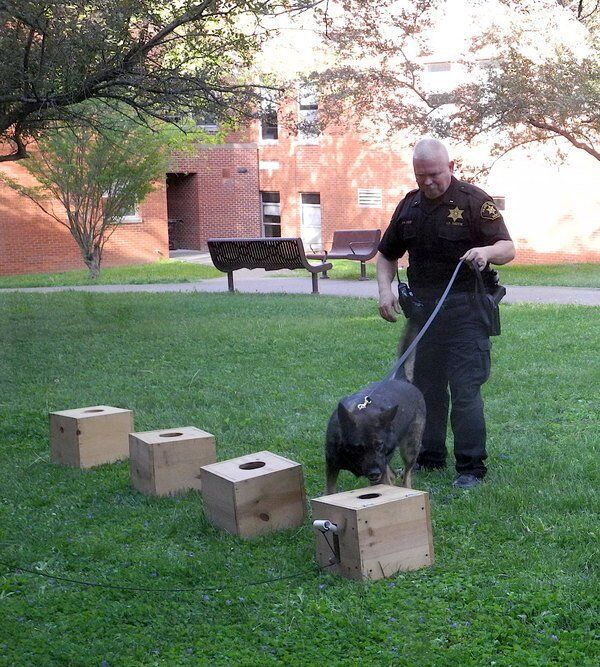 Lieutenant Richard Smith of the Pulaski County Sheriff's Office holds the leash for his K9 partner Giro as the German Shepherd sniffs out which box holds marijuana during a demonstration at last week's Parental Information Academy class. 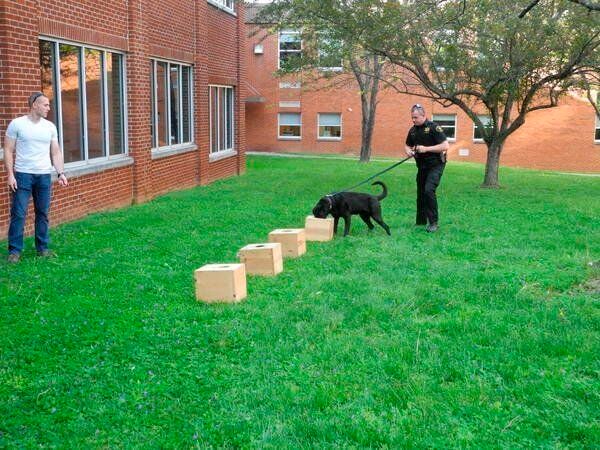 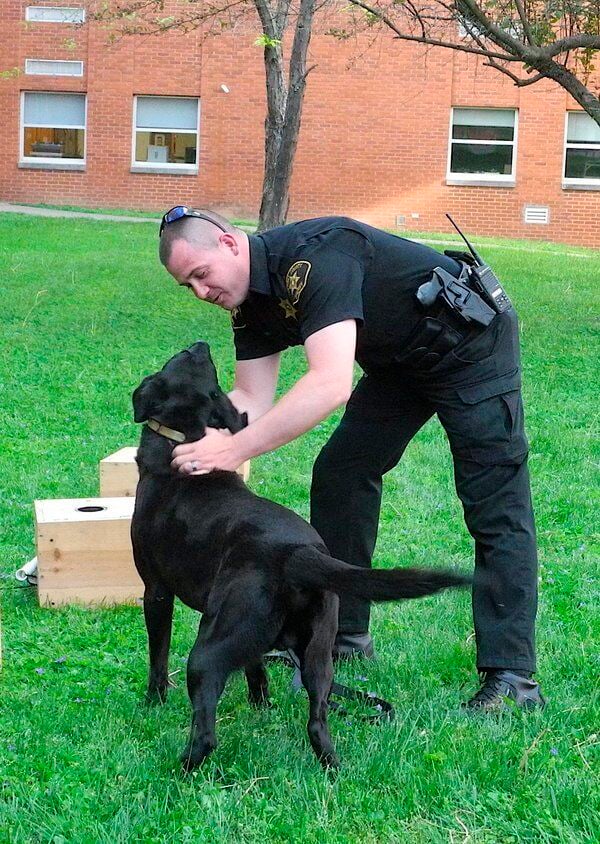 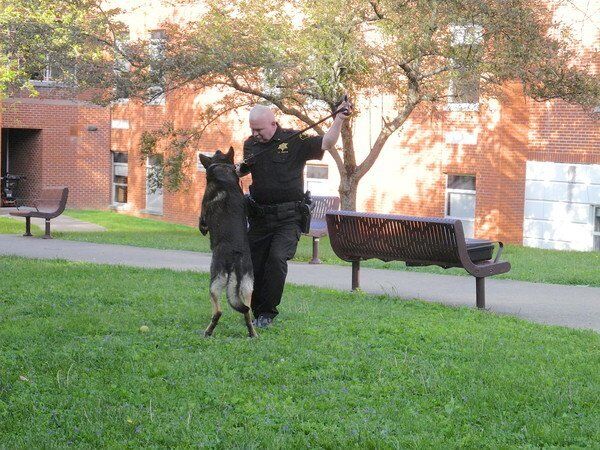 Lieutenant Richard Smith of the Pulaski County Sheriff's Office holds the leash for his K9 partner Giro as the German Shepherd sniffs out which box holds marijuana during a demonstration at last week's Parental Information Academy class.

Several agencies throughout the country offer "police academy" for citizens and sometimes even juveniles -- giving the "average Joe" insight into community law enforcement.

A new effort launched by the Pulaski County Sheriff's Office is going one step further -- helping parents understand what their kids go through at school and out in the community.

Led by Deputy Alex Wesley, School Resource Officer for Pulaski County High School, the first Parental Information Academy got underway at the beginning of March with classes meeting every Tuesday evening from 6 p.m. to 8 p.m.

"We started this class because when an SRO is called in on a juvenile matter, we'll often hear the parent or guardian say, 'If only I'd known…,'" Dep. Wesley observed. "It's not about micromanaging students but helping parents look for signs when something may be wrong. We want to offer practical tips for safe schools and communities."

Giro, a German Shepherd, is a dual-certified patrol dog able to track people as well as detect narcotics. Leo, a black Labrador Retriever, is trained in narcotics detection. Patrol dogs are also trained to protect their handlers.

Pulaski County Sheriff Greg Speck told the class that the department also has another Lab trained in drug detection that is assigned to schools. "We periodically run the dog through the high schools to try to dissuade anybody from bringing anything illegal into our schools," he said.

Once this first class wraps up in early June, a new one is expected to get underway.

"This program is available for any parent in the county at no cost," Dep. Wesley said. "It's for all schools."

There are multiple ways to pre-register. Applications may be picked up at the sheriff's office or downloaded from the PCHS website maroons.net (under the SRO tab). For more information, call Dep. Wesley at 606-678-5145 or email him at awesley@pulaskisheriff.com.