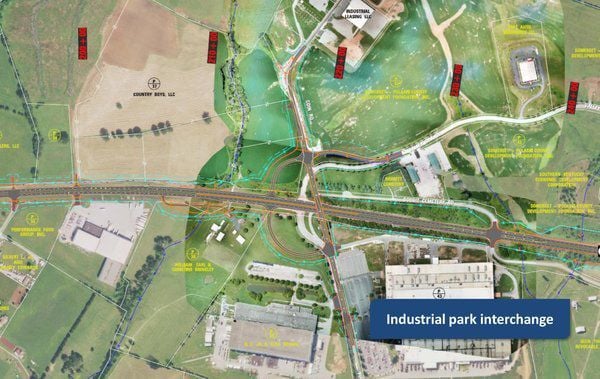 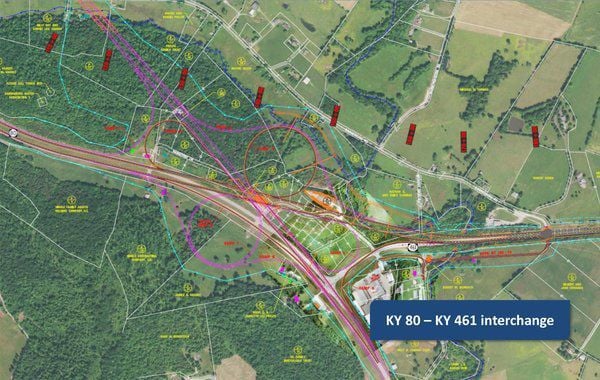 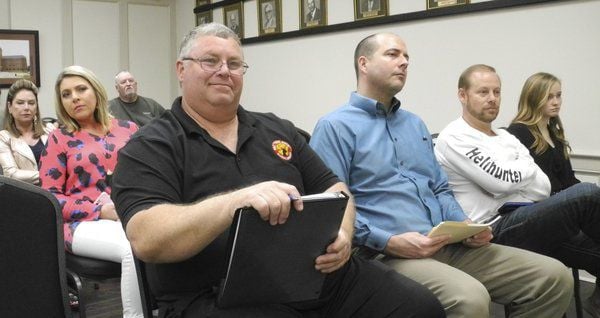 SPEDA President/CEO Chris Girdler and Board Chair Brook Ping, seated first row center, were in attendance on Tuesday as Pulaski Fiscal Court heard the first reading of a bond ordinance that will fund the $5 million community match required for the federal BUILD grant awarded to rebuild the intersection of East Ky. 80 and Ky. 461.

SPEDA President/CEO Chris Girdler and Board Chair Brook Ping, seated first row center, were in attendance on Tuesday as Pulaski Fiscal Court heard the first reading of a bond ordinance that will fund the $5 million community match required for the federal BUILD grant awarded to rebuild the intersection of East Ky. 80 and Ky. 461.

SPEDA (Somerset Pulaski Economic Development Authority) may have gotten off to a roaring start so far in 2019, but it is still a very new organization.

So new in fact that the authority doesn't really have any bonding capacity with major lenders to government entities. However, when federal officials announced last March a $25 million BUILD (Better Utilizing Investments to Leverage Development) grant for the construction of two interchanges to relieve the Ky. 80-Ky. 461-Valley Oak Commerce Complex bottleneck, U.S. Department of Transportation Secretary Elaine Chao specifically noted that a deciding factor was the $5 million community match toward the project -- which is expected to cost a total of $69.3 million.

Local officials initially thought that match could come from SPEDA.

Instead it will come from Pulaski County Fiscal Court as a "pass through" agency. On Tuesday magistrates approved the first reading of a bond ordinance allowing the county to borrow up to $5.6 million for that project as well as potential property acquisition. To discuss the properties as well as personnel issues, the court entered into an executive session which lasted just over 40 minutes.

According to Judge-Executive Steve Kelley, the Somerset-Pulaski County Development Foundation (SPCDF) -- which SPEDA is assuming -- had an option to purchase one property for a new industrial park. The option, he continued, was transferred to the county on SPEDA's behalf. Upon re-entering open session, magistrates voted to exercise that option for the "Garner property" at Ky. 80 and Pine Hill Road.

"We'll save the news of what's going to be occurring there," Judge Kelley said. "SPEDA will be involved with that as well, and we'll have some big news coming real shortly."

Unrelated to SPEDA, but apparently discussed in the closed session, the judge also asked the court to put down $10,000 toward the purchase of the former BB&T branch downtown next to the Courthouse, subject to appraisal values and final court approval. "This building will be used for our county clerk's benefit for a Department of Motor Vehicles branch," he added.

In presenting the first reading of the FY 2019-20 budget, County Treasurer Joan Isaacs noted that the bond was included and that the debt service for it (annual principle and interest payments) would be taken out of SPEDA's annual $800,000 earmark from occupational tax funds as agreed upon through an interlocal agreement the county has with the City of Somerset. The budget draft projects that SPEDA will actually be given $445,000 for the fiscal year.

District 4 Magistrate Mark Ranshaw questioned if the fledgling organization could operate on that much or if the city could give SPEDA monies to offset the difference.

"That will be something SPEDA works out with the city," Isaacs responded.

SPEDA President and CEO Chris Girdler, who was in attendance Tuesday with board chair Brook Ping, assured the court that he was aware of and understood the budget decision.

Outside the meeting, Girdler advised the media that the transition from the Foundation to SPEDA has been completed. In a special-called meeting Monday, the SPEDA board voted to give notice to Foundation employees that their services are no longer needed.

"SPEDA worked diligently through this historic and pragmatic transition…," Girdler stated, adding the authority will continue to pursue economic development with a business sense of urgency. "We appreciate the help of everyone as we work responsibly and assertively to bring the community together, laser focus on our goals, and improve the overall quality of life and business environment of Somerset and Pulaski County."