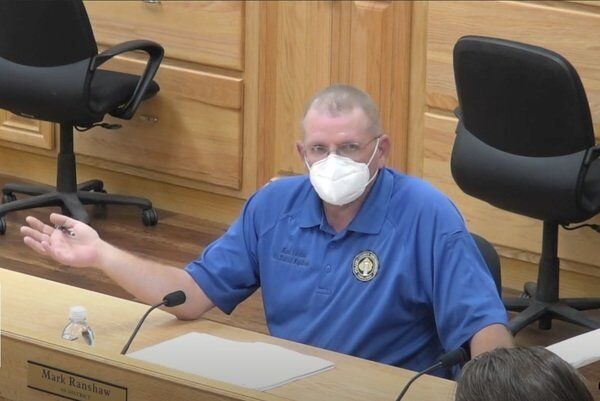 District 4 Magistrate Mark Ranshaw argues for all magistrates to serve on the county budget committee. 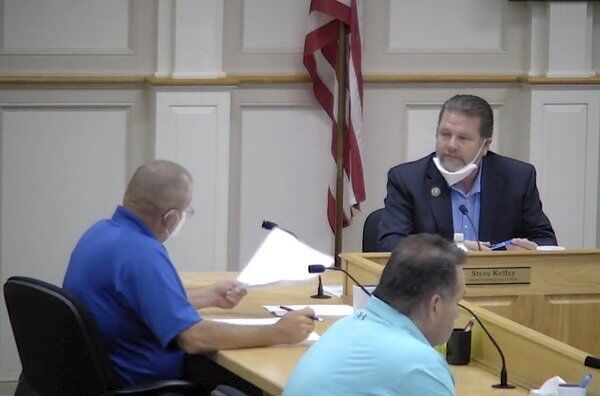 District 4 Magistrate Mark Ranshaw argues for all magistrates to serve on the county budget committee.

The county budget continues to be a sticking point for one magistrate, who split from his colleagues on Pulaski County Fiscal Court Tuesday when voting on the latest version of the county's Administrative Code.

As required by state law, the code is reviewed annually and a second reading topped Tuesday's agenda. Judge-Executive Steve Kelley noted a few changes from last year. One change involved updating the salary schedule. The one causing discussion involved changes to the composition of the Budget Committee.

Though committees traditionally are comprised of only a few magistrates (to avoid the quorum quandary), it should be noted that Fiscal Court has made it a practice to host open budget workshops each spring — usually immediately following a court meeting with the participation of the full court. However, with COVID-19 restrictions in full force from mid-March through the end of May, the court heard the first reading of the 2020-21 budget on the same day (May 12) that Judge Kelley announced that he had asked magistrates Mike Strunk, Jimmy Wheeldon and Jason Turpen to serve on the Budget Committee with County Treasurer Joan Isaacs in anticipation of the second reading.

During the COVID shutdown, Fiscal Court only met once per month and those meetings were livestreamed in lieu of the public being able to attend in person. Due to the number of cases currently rising statewide, the county resumed that policy for Tuesday's meeting as well.

However, Magistrate Mark Ranshaw objected Tuesday to changing the Administrative Code's wording regarding the composition of the Budget Committee.

"All the magistrates should have the opportunity to be on the Budget Committee," he said, accusing Kelley of throwing him out of the budget process in an apparent reference to the May 12 meeting.

Judge Kelley responded that he understood Ranshaw's objection, and the county can have budget workshops but that committees shouldn't exceed a quorum of court members.

"I deserve to be on the Budget Committee," the magistrate insisted.

When Ranshaw objected to the committee announcement on May 12, Kelley stated he chose magistrates who had been serving longer. When the judge again tried to bring up the quorum issue on Tuesday, Ranshaw responded that the budget process should be public — to which Kelley agreed. The magistrate persisted that the county was changing the rules, while Kelley maintained that the committee shouldn't constitute a quorum.

"We're not hiding anything," Judge Kelley said. "That's the way the rule should have read."

Magistrate Wheeldon moved to approve the new Administrative Code with a second from Magistrate Strunk. It passed 4-1 with Magistrate Ranshaw as the sole no vote.

In other business, Fiscal Court:

• amended the July 14 minutes to reflect that employees hired through Crown Services would be cleaning throughout county buildings and not just for the Pulaski County Clerk's Office. The court had agreed to hire temporary workers to help with COVID-19 compliance.

• approved a budget transfer that would allow the Pulaski County Fire Commission to distribute $10,000 grants to each fire department to purchase equipment. The commission had already been budgeted for $100,000 and the transfer would add an additional $70,000 from the commission's carryover funds from the previous year.

• received the 2020-21 budget for the Pulaski County Health Department as well as their tax rate of three cents per $100 in property value.

• approved a 15 mph speed limit on Farmer Woodall Road in District 4 along with the regular road work request.

• approved declaring the Pulaski County Fire Commission's old safety trailer as surplus so that it may be donated to Pongo Fire Department in Rockcastle County.