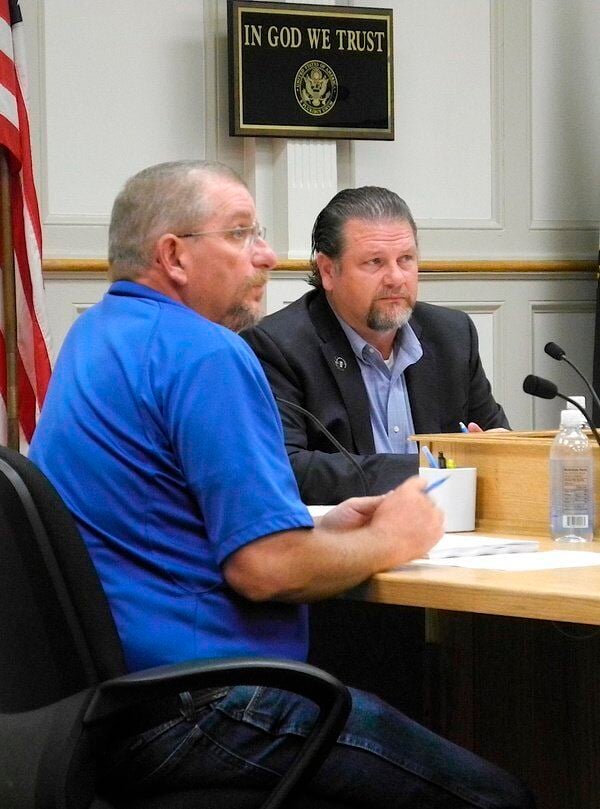 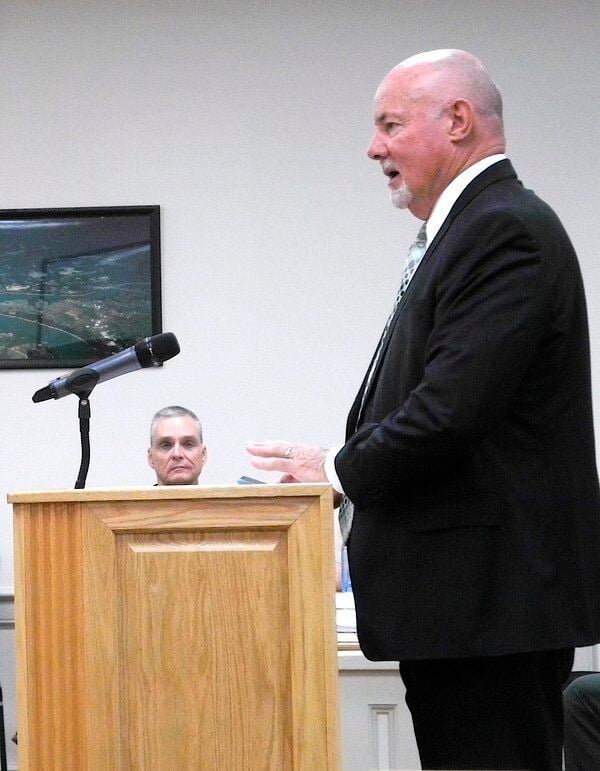 CLARIFICATION: The Commonwealth Journal quoted Pulaski County Deputy Judge-Executive Dan Price in reference to the need for security at Pulaski County Park. Judge-Executive Steve Kelley contacted the newspaper to clarify that Price was speaking specifically about "late night activity at the park" like night trail riding, vandalism and people staying all night who aren't camping.

Judge-Executive Steve Kelley presented magistrates a proposal to contract with Chris Lyons, who retired as a detective with the Pulaski County Sheriff's Office Narcotics Division, at a rate of $25 per hour for up to 24 hours per week during the season.

While Lyons could be available to respond at any park within the county system as needed, there is no doubt Pulaski County Park is the busiest. Judge Kelley expressed appreciation to Sheriff Greg Speck for his department's patrolling of the area but added that extra security was needed.

"Sometimes you all are caught up in a lot of exciting things and you can't get down right away," the judge said. "So we just thought during our busy season, it would help to have someone on site providing a little extra security."

District 1 Magistrate Jason Turpen asked is there was a job description for the position, with Judge Kelley referring questions to Deputy Judge Dan Price.

Price advised the court that the officers hired would be DOCJT-certified. To illustrate the need for security, he recounted recent incidents where a park employee had been followed home as well as a break-in at White Lily Park.

"We've had some people coming in and wanting to stay that are not camping at all hours of the night at [PC] Park, and kids using golf carts," Price continued. "We're just afraid if we don't have someone there to help and assist when needed, then it will make things even worse. But the job description is more public relations, to help citizens and families feel safe and make sure our parks feel welcoming."

Price noted the busiest times at PC Park were Thursday through Monday, adding officials have considered installing a guard shack due to issues like vandalism. He added that, on any given day, a deputy could be up to 45 minutes away when assistance is needed.

"Unless you're putting a boat in, going to a campsite or cabin, or riding the trails…you just don't need to be down there," Price said. "We have one of the best places in Lake Cumberland that's becoming a destination point. We've been booked every weekend all the way up through September, and we want to continue that."

Magistrate Turpen also asked whether park security would be coordinating with the sheriff's office. Speck responded that he was hearing the proposal for the first time in the court meeting.

District 4 Magistrate Mark Ranshaw also asked about whether the positions had been budgeted, who would supervise the officers and whether they'd have arrest powers. "Would they have powers to arrest outside the park?" he asked.

Deputy Judge Price said he like to see the officers be able to help the sheriff's office during down times at the park.

"There's a critical need for deputies," he said, adding that several had been interviewed before the county found someone interested in the position.

Park security would work under the supervision of Judge Kelley as well as 911/Emergency Management Director Aaron Ross, who was sworn in as County Police Chief in October 2019. Until now, he was the only officer on that force -- which had been necessitated by federal authorities requiring only certified law enforcement access to the National Crime Information Center database.

Price argued that a DOCJT-certified officer already knows what to do. District 5 Magistrate Mike Strunk added that park security could clock in and out through the Pulaski County 911 Dispatch Center, as other law enforcement agencies.

Magistrate Ranshaw circled back to funding, with Dep. Judge Price asserting the county has "always had two security officers."

"These would not be county employees," Judge Kelley clarified. "They'd be contract employees so we wouldn't have the benefits to pay and all the other things that go along with that."

Ranshaw asked for County Attorney Martin Hatfield's opinion on having written protocols in place first. Hatfield noted that such a document could be modeled after a personal services contract he'd already drafted for a constable who used to provide security at PC Park.

In 2017, Fiscal Court appointed District 5 Constable Mike Wallace for duties including regular patrolling and being on call to respond to incidents (particularly on weekends during the tourist season). District 1 Constable Danny Weddle, in whose district the park actually is located, was later added by the court in April 2018.

Just a year later, after contentious debate, magistrates split 3-2 in favor of retaining only Constable Wallace after the park went approximately $10,000 over the $15,000 which had been budgeted for park security during the 2018-19 Fiscal Year. It was at that time that Hatfield offered to draft the contract.

But park security would take a major hit in March 2020 when Constable Wallace was arrested on federal charges. Convicted at trial last month, he is now facing 50 years in prison on Conspiracy Against Civil Rights and Possession with Intent to Distribute Methamphetamine.

The arrest happened just as COVID-19 was arriving in Kentucky, and the ensuing pandemic restricted some park facilities last year though Pulaski Park remained a popular outdoor getaway. Per Tuesday's discussion, it would appear that the Pulaski County Sheriff's Office (PCSO) has stepped up patrols over the last two summers to help cover the security gap.

Sheriff Speck advised the court that he had asked his deputies to do more than drive-throughs when they patrolled the park.

"I wanted them to go down and sit because we've had complaints of reckless driving and people that were dangerous to some of the campers," Speck said. "We've had noise complaints. I know that's not an environment the county wants to put campers in.…We want to put the message out this year that we're not going to tolerate a lawless place down there."

The sheriff added that he'd been keeping a log of citations issued in relation to PC Park. "A lot of the citations and arrests that we've made have been to locals," he said.

District 5 Magistrate Mike Strunk opined that the court shouldn't wait to review the contract to act. "I think we need to go ahead and put it in place because the park needs security down there bad," he said, adding his appreciation for PCSO. "I see [Sheriff Speck's] guys come through there a lot but they can't hang out and stay there. I mean, they have too much going on."

Speck said he understood the need for "full time" security and agreed his deputies couldn't provide that strictly at the park.

"My people are assigned to sectors," the sheriff continued. "I'll typically have one person in the west sector, maybe two on a good night. In between 911 calls and calls for service, they're going down to try to patrol as much as they can."

While he noted he had no issue with the county hiring park security, Sheriff Speck did encourage the establishment of policies and procedures -- particularly regarding use of force and internal investigations. "But that's up to the judge," he noted.

When questioned further by Magistrate Ranshaw, Sheriff Speck explained that any time there is a complaint against an officer, a supervisor would go to the scene and determine whether the complaint can be substantiated. Ranshaw asked the sheriff if PCSO could handle such investigations for the county.

"Typically one agency doesn't do internal investigations for another agency," Speck responded. "I would think that would fall on Aaron Ross."

Chief Ross then got up to assure the court that any policies and procedures implemented would be modeled after PCSO's. "We'd have to do that, according to state [law]," Ross said. "The policies would have to be put in place to get this active. It wouldn't be an issue; there are a lot of model policies out there. We'd just have to form that handbook for the officer."

Magistrate Ranshaw asked if Ross could update magistrates about the document at the next fiscal court meeting (July 27), to which he agreed, but Magistrate Strunk went ahead and made the motion to contract with Lyons for park security.

Strunk's motion was seconded by District 2 Magistrate Mike Wilson. It was approved by a 3-1, with Ranshaw joining Strunk and Wilson in favor and Turpen voting against.