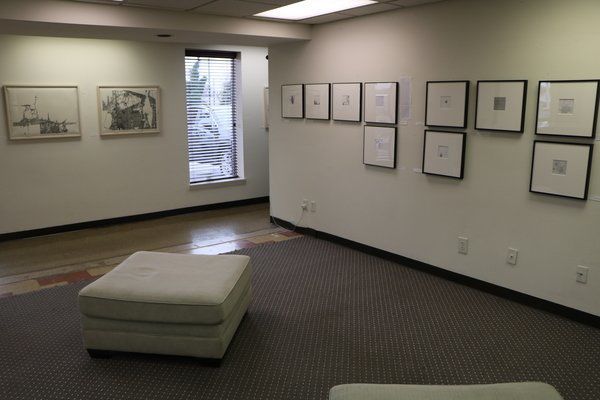 Above: Chris Brannock's works are on display at the Corner Gallery, located at the intersection of College Street and East Mt. Vernon Street in Somerset.

Below: "Civitas," created with pen and ink, is one of the works by Chris Brannock on display in a new exhibit here in Somerset at the Corner Gallery. 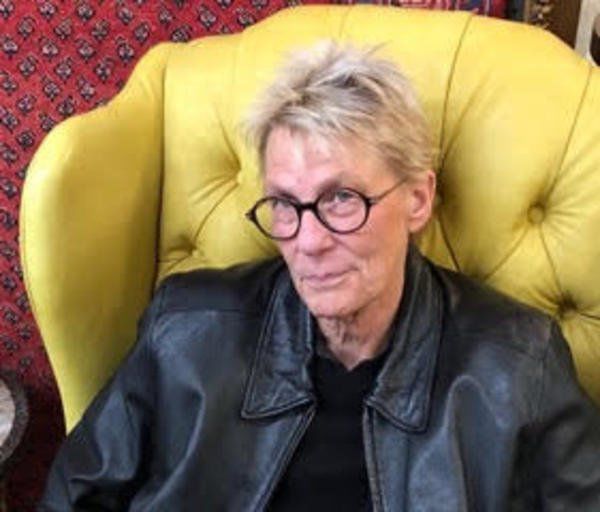 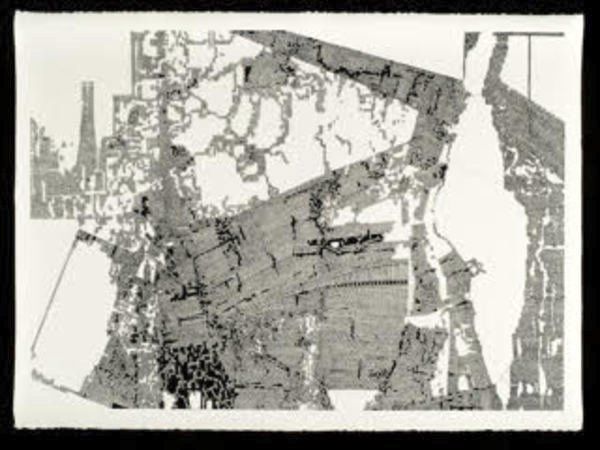 "Civitas," created with pen and ink, is one of the works by Chris Brannock on display in a new exhibit here in Somerset at the Corner Gallery.

Above: Chris Brannock's works are on display at the Corner Gallery, located at the intersection of College Street and East Mt. Vernon Street in Somerset.

Below: "Civitas," created with pen and ink, is one of the works by Chris Brannock on display in a new exhibit here in Somerset at the Corner Gallery.

"Civitas," created with pen and ink, is one of the works by Chris Brannock on display in a new exhibit here in Somerset at the Corner Gallery.

Many people see a connection between the artistic and the spiritual.

For Chris Brannock, those two aspects of human existence are well-entwined within her.

"It simply cannot be separated out," said Brannock. "It all comes from a life lived, savored and reflected upon."

Currently serving as a priest at St. Patrick's Episcopal Church in Somerset, Brannock is known for more than just her inspirational words from the pulpit. She's also a visual artist with a striking modern style, and her work is currently on display here in this community.

"A preacher cannot be silenced. These drawings tell a story of an interior life. A life whose known architecture disintegrated," said Brannock. "I have tried my hardest to not return to old road maps and ways of being. Every time a new architecture began to emerge, I took it apart. My hope is that the longer I am in this new place, the more creative life is."

Those interested can see Brannock's work at the Corner Gallery in the former City Hall building on College and East Mt. Vernon Streets, currently the building home to Flashback Theater Co. and McNeil Music Center. The exhibition opened on January 18 and will be on view through February 28, 2020, with the gallery open Tuesday-Friday from 11 a.m. to 4 p.m.. Those who attend Flashback Theater Co.'s production of "Rosencrantz and Guildenstern are Dead," which opens tonight (Thursday, February 6) and runs through February 16, will be able to take a loot at the artwork before and after the play and during intermission.

"The exhibit is titled 'Maps, Wanderings and Improvs' and includes 28 works from several bodies of work done over a 10-year period. Most of the work is done with pen and ink, ink washes, pencil, some markers.

"Color is only minimally used in these pieces," said Brannock. "The work is not intended to be representational in the traditional sense of the word. It is abstract in nature, representing ideas, wrestling with life, nature references, improvisations on music."

The first three works concentrate on human history. The pen-and-ink drawings done with very small but simple lines. Each is suggestive of maps, vague references to places, and wandering, said Brannock.

Next are the "Works from Preacher," which touch on Brannock's personal experiences as a member of the clergy.

"I am a preacher. Preachers usually have stories to tell," she said. "Preachers are awkward creatures. We often appear crazy to those around us. We wrestle with being, and we wrestle with Beings. Our stories are about living and dying. Our stories are about disintegrations and resurrections. We tell of people who lost their jobs, homes, and their sense of self or worth. We tell of earthquakes, oil spills, mining accidents, cultural fears, and prejudices. We tell of miracles, companionship, food, and even miniscule spaces of fresh air. Sometimes in the midst of our stories you will find a moment of joy, or a song, justice, loneliness, or friendship."

Then there are what Brannock called "Improvisations," which can be viewed as a single piece though it's made up of six individual works, inspired by Danish folk tunes, and "The Geologic Epoch," with imagery evocative of "life origins, fossils, and geodes," said Brannock.

Brannock came to St. Patrick's as a "regular supply priest" during a transition period, and has been here for little over a year. While female members of the clergy aren't common in Pulaski County, Brannock is stepping in to fill the absence of another like herself, the departed Amanda Musterman, and has found her local church community welcoming.

"It is a community and place of great joy," she said. "The parishioners are hungry intellectually and spiritually. They are ready to grow, poised to expand inwardly and outwardly. They are a loving, supportive and frisky congregation. They feed each other physically (a bunch of great chefs) and soulfully. It is a creative parish full of artists, musicians, woodworkers, poets and faith."

Brannock said that parishioner Dr. David Eads, a regular at local arts events, introduced her to the Corner Gallery, and the opportunity to put some of her work in display for her new community. Brannock recently retired from St. Peter's Episcopal Church in Paris, Ky.

At East Tennessee State University, Brannock earned a BFA degree in the arts and a Master's in Art History at Emory University in Atlanta. She left that city to attend the General Theological Seminary of the Episcopal Church in New York City and received a Master of Divinity degree.

"I have known since I was 11 years old that I was called to the priesthood," she said. "Some of my earliest experiences and memories are of the Divine. These experiences led me to understand something of why Moses was asked to take his sandals off because he was in the presence of God. To stand barefooted is such a good metaphor for being grounded."

Even while studying she saw the connection between art and the divine. "I returned to do post-graduate work at General Seminary and had the opportunity to study at New York University," she said. "My area of inquiry was the influence and use of art in the early church as a primary source of theology."

Brannock described her understanding of life as being "messy." The youngest of five girls , her parents divorced when she was very young, and her father died at age 49. She grew up in Kingsport, Tenn., where a "deep love of music" was part of her family life.

"We had a weekly ritual where we would lie on the living room floor and listen to Bach, Prokofiev, Debussy and Louis Armstrong, just to name a few," she said. "My dad was quite an accomplished pianist and we were often treated to his playing. It was quite special to be invited to sit on the piano bench and improvise with him.

"I had lots of questions to wrestle with, but ultimately it was through that persistent presence of God, of barefoot grace, and what the church taught me about a sacramental approach to life that I find truth, freedom and joy," she added. "In particular, living a sacramental life imbues and infuses your every action, your every day living with the sacred, things like bathing a child, eating a meal, having conversations, holding a hand, reading a poem or creating art. I attribute a reverence for nature, for the other, the human experience, and an openness to the presence of God as the basis for my vocations as an artist and a priest."