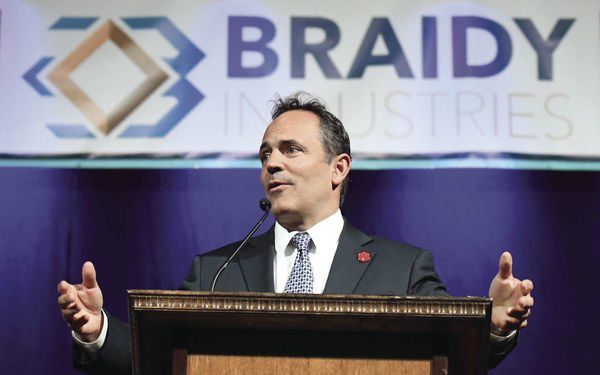 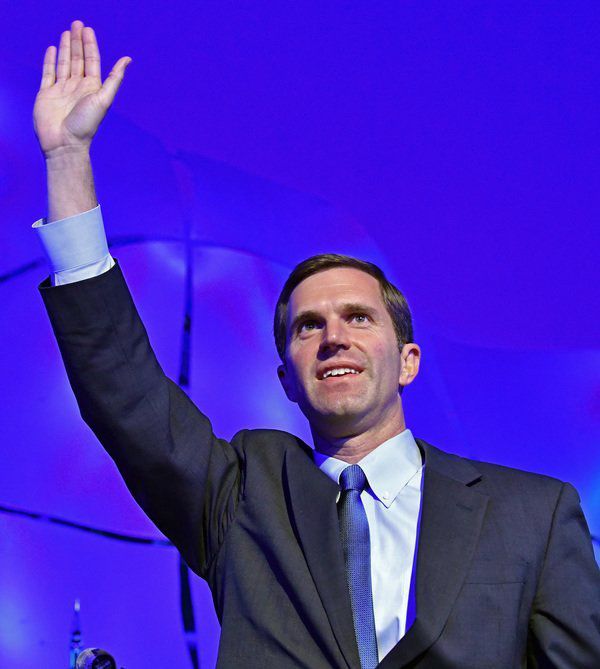 Kentucky Attorney General Andy Beshear waves to his supporters following his victory in the Democratic primary for governor in Louisville, Ky., Tuesday, May 21, 2019.

Kentucky Attorney General Andy Beshear waves to his supporters following his victory in the Democratic primary for governor in Louisville, Ky., Tuesday, May 21, 2019.

At Gov Matt Bevin's request, boards of election in Kentucky's 120 counties will convene at 9 a.m. Thursday to recanvass votes cast in the gubernatorial election November 5. In still unofficial totals, Andy Beshear defeated the sitting governor by 5,086 votes -- 709,846 to 704,760. Bevin refused to concede and the day following the election he asked the secretary of state for a recanvass of votes cast in the state's 3,659 precincts.

Purpose of a recanvass is to verify accuracy of vote totals reported from voting machines. Paper ballots marked by voters will remain locked in voting machines and will not be involved in the recanvass. If there were an error in original totals reported, returns will be corrected. Each county board of election must file its recanvass report with the secretary of state immediately upon completion of the recanvass.

Pulaski County Board of Elections will check machine totals from the county's 56 voting places and absentee totals. The recanvass in Pulaski County probably will take about an hour. Linda Burnett, by virtue of her position as county clerk, is chair of the board of elections. Members are Sheriff Greg Speck, Rick Barker and Rodney Casada.

Bevin was the choice of most Pulaski County voters. He got 14,756 votes, 70 percent of votes cast in the gubernatorial election in Pulaski County. Beshear was selected by 5,891 voters, and John Hicks, a Libertarian candidate, picked up 419 votes.

Section 31 KAR 4:070 Recanvass Procedures states the county board of elections shall state the name of the county in which the recanvass is being conducted, the date of the report, the date of the election, the office for which the recanvass is being made, the name of each candidate for the office being recanvassed, and the machine votes, absentee votes, provisional votes and total votes for each candidate. The report shall be signed by each member of the county board of elections and will become the official return for the county.

Each candidate and both political parties are entitled to have a representative present at the recanvass. Members of the media are allowed by state law to observe the recanvass.

Initially there was a question about whether Bevin could request a recount, which would include a physical examination of the ballots.

The secretary of state's office did not respond to a Commonwealth Journal's request for Bevin's options, but Secretary of State Alison Lundergan Grimes told the Courier Journal in gubernatorial elections, state law does not allow candidates to ask for a recount. "Normally, if you're talking about any other statewide race beyond governor and lieutenant governor, you would involve a recount, which involves the court," Grimes said. "But here, the law specifically excludes governor and lieutenant governor ...," Grimes told the Louisville newspaper.

Republican Senate President Robert Stivers told reporters a joint session of the Kentucky General Assembly may eventually decide the winner, citing a provision in the state constitution that hasn't been used in 120 years. A candidate can file a formal election contest with the state legislature, but it must be filed within 30 days of the last action by the state board of elections. The state board is scheduled to certify the results of the race for governor on November 25 this year.

Under this contest, the candidate challenging the results must specify the grounds for the action, such as a violation of campaign finance rules or specific problems when it comes to how ballots were cast.

Such an election contest is covered under Section 90 of the state constitution. Section 90 states: "Contested elections for governor and lieutenant governor shall be determined by both Houses of the General Assembly, according to such regulations as may be established by law." The last contested governor's race was the 1899 election of Democrat William Goebel.