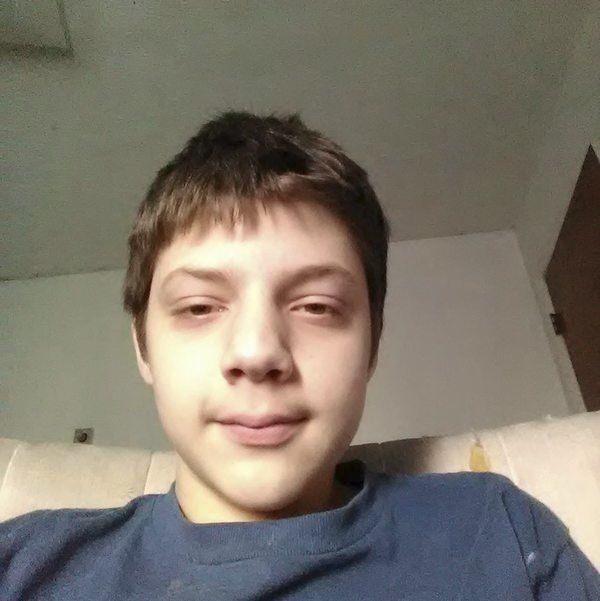 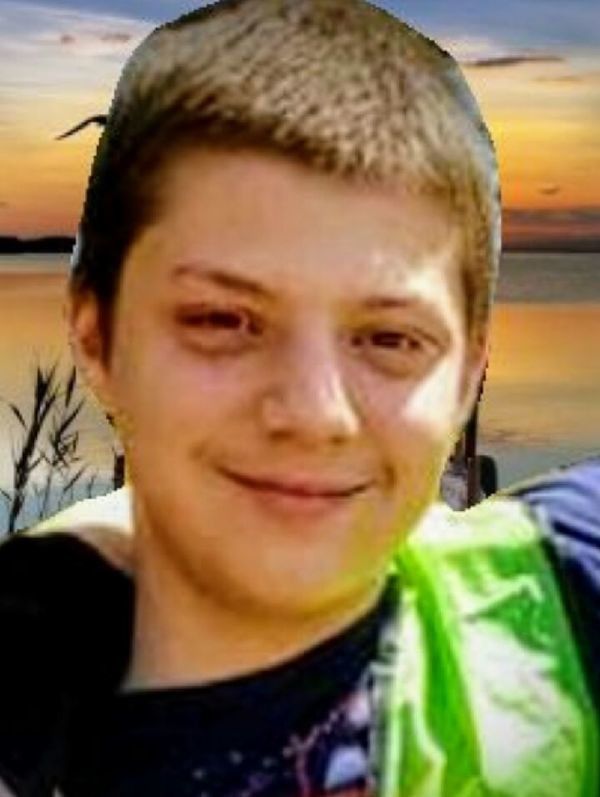 Silas Holliman was a 14-year-old boy who loved technology and taking care of his 8-year-old sister. On December 5, 2018, he took his own life. He left his parents no note, no explanation of why he made that choice. This left his father and step-mother, Jason and Lisa Holliman, along with the rest of his family, to pick up the pieces and dig through what was left, trying the find answers.

"He was so good, so big hearted," father Jason said. "It's just such a shame that a soul like that has to leave because we need people like that on earth."

Jason and Lisa used words like "responsible," "caring," and "fun" to describe their son.

"He didn't cause us no trouble at all - sneak out or run or nothing like that. He was just our little man. ... Some parents have it hard. We have good kids."

"He's like another little adult in the house. He's real responsible. He adored his little sister from birth," Jason said.

He would often fix dinner for himself and his sister, on nights when both parents had to work.

It might as simple as heating up a frozen pizza, Lisa said, but he would do it to make sure his sister ate.

Silas had friends his own age, but many times preferred to socialize with adults.

Jason said, "When he started school, his principal called and said and he wanted to talk about Silas. I said, 'oh, no, what'd he do?' He said, 'No, he didn't do nothing. When he goes to lunch or the kids go to recess or something, instead of going to recess he comes up here and talks to me.'"

"At Southern [Elementary], when they went to lunch, he wouldn't go to lunch. He would go to the principal's office and hang out," Lisa said.

Silas just didn't seem to be taken with "childish stuff" like playing tag or running around at recess, Jason said.

For the last few years, Silas had been attending Meece Middle School. The parents both say that they had noticed a small change over the last few months, but nothing that indicated major problems.

"Before he passed, I knew he was having a hard time, and I talked to him about it," Jason said.

"I said 'Silas, what's going on? Are you getting bullied and stuff at school?' And he says, 'Dad, they pick on me a little bit. It's just every once in a while.' He had a heart like that. He didn't want to concern anybody.

Lisa said, "He would come home from school, and he would ask us, 'How was your day?'"

Beyond the possible bullying, Jason and Lisa said questions circulated in school about Silas' hygiene - and the questionable way school officials addressed it.

Lisa mentioned the school's principal. "Silas said he called him out in front of the whole school that he was stinky."

And Jason recalled times in which Silas was taken out of class and brought home from school.

"The principal would bring him home out of the blue. … He'd just show up at the door with Silas, make Silas put on deodorant or something. He's 14! 'He stinks, he needs a shower.' And I'd be like, he took a shower. I just didn't think that was right. He didn't act like an adult about it."

Lisa said: "The principal brought him home one day, just out of the blue. Banged on our door like we hadn't been answering, but it was the first knock."

Jason: "Sounded like he was going to kick the door in."

Lisa: "And proceeded to yell at us because our child was stinky. And he told Silas, 'Get in the shower, you've got five minutes.' Came into our house yelling at our kid."

Jason: "And even we felt intimidated by him."

Both Meece Middle Principal Calvin Rollyson and Somerset Independent Superintendent Kyle Lively declined to speak to the Commonwealth Journal on the record about any of the alleged incidents surrounding Silas.

On the morning of Silas' death, Lisa Holliman got up early with his sister to help her with homework, then told Silas it was time to get ready for school.

"… Silas came out of his bedroom, and he stood in front of his door. He shut it behind him and had his hand on the knob, and he sat there and talked to me. He was talking about school and stuff. And I said, 'Go ahead and get ready, and come back out and we'll talk and wait for the bus.'"

Fifteen minutes later, when Lisa knocked on his door again, she heard music, but the door was locked. Both she and her daughter attempted to get his attention by rattling and banging on the door, thinking that he was listening to music and maybe just couldn't hear them.

The commotion woke up Jason, who used a knife to jimmy the door open.

When all three family members first entered the room, they couldn't see Silas. Then, they looked over and found him in his closet with a rope around his neck.

He was gone, they said.

"It had been 15 minutes since I talked to him. Fifteen minutes!" Lisa said.

"He just got up that morning, and just couldn't take it," Jason said. "I think it's just that. Where he had always been so liked, he just couldn't understand it, why these kids wouldn't like him. He just didn't get it. I don't get it either."

The knife used to gain entrance into Silas' room was used to cut down Silas' lifeless body. The family tried to give him CPR while emergency responders were called in. Silas was taken to Lake Cumberland Regional Hospital.

The parents said that school officials met them in the emergency room lobby.

Lisa added, "And then, finally, when we were allowed to go back and see him for the first time since they got him, they [school officials] had to go with us. I kind of thought that was weird."

LCRH doctors could not find any brain activity, so Silas was sent up to a Lexington hospital.

"They're the top people in the country. We talked to them, and they told us the best case scenario was that, if God comes and grants us a miracle, he'd be a vegetable," Jason said.

Silas was kept on life support while doctors ran their test to make absolutely sure Silas was brain dead. Then, the family decided to donate Silas' organs, which required a few more days of keeping him on life support. Finally, several days after he hanged himself, the machines were turned off.

The Fayette County Coroner's Office confirmed that Silas died as a result of hanging by ligature. The death investigation is still open and being investigated as a suicide.

In between tests for brain activity in Silas, his father said he decided to return to Somerset.

"I needed to come home to be with [the daughter] and Lisa, I guess. I just couldn't see me sitting up in Lexington with him, and the machines breathing for him, and the poor boy was twitching. And I was, like, I can't just sit here and look at him like that. So I came home to be with them, because I didn't want them to be alone."

Lisa said, "If he had had a chance of making it, one of us would definitely have not left his side."

Jason added, "The principal came the next morning beating on our door again, and I'd obviously had a rough night. I answer it, and [he said] 'Why aren't you up there?' And he was grilling me, you know?

"I just didn't think it was right."

"And he had a cop with him. Are they going to arrest us for not being at the hospital?" Lisa asked.

(Reporter's note - it is likely that the police officer was a school Student Resource Officer.)

Meanwhile, Silas' sister asked if she could return to school at Hopkins Elementary.

"She wanted to go to school and be around her friends, and the teachers assured us they would keep her in the office all day, so she wouldn't have to do school work," Lisa said.

Jason added, "They really took care of her."

"And they're still taking really, really good care of her," Lisa said.

Over the next few days, Jason looked for answers as to why Silas would take his own life. He said he wanted to have a conversation with Silas' girlfriend - a girl who lived in California and whom Silas had met online.

"He really loved her. And I was suspicious, because who knows what happens in 15 minutes? I talked to her. And I'm comfortable that it wasn't nothing she did. I talked to her for about 45 minutes, and she seemed like a pretty good girl. Sounds like she had some hard times in her life, too," Jason said.

He said she opened up about what Silas told her about his life at school.

"He talked to her about things that he probably wouldn't talk to us about. He would talk to her about how they would beat him up and make fun of him every day. That poor little girl. She was crying so hard. I just wish she had called me and talked to me."

It wasn't the only indication. An older step-sister found messages on social media that alleged students at school were harassing him.

"That's when we found out the extent of what the heck was going on," Lisa said.

Those messages indicated that it wasn't just "every once in a while" as Silas had told his dad.

They alleged that it was every day, and that many classmates were involved.

Jason and Lisa themselves had to deal with negative comments on social media. Lisa's daughter, Bethany Dawes, who works for the Commonwealth Journal in the circulation department, set up a fundraiser to help with Silas' funeral expenses.

Both Dawes and Jason said they encountered online comments telling others not to donate because it was a scam, or they shouldn't donate because the parents did not stay at Silas' side while he was on life support.

"People are just so cruel. So cruel," Jason said.

"It's traumatic enough to lose a child, because that's not the order of things," Lisa said. Then, they faced being judged for the way they were handling the tragedy.

"I just feel like this town's like, if you have the money you can do anything, and if you don't then you're just at the mercy of the people with the money," Jason said.

The online fundraiser has since closed, and the family said that all of Silas' funeral expenses have been covered.