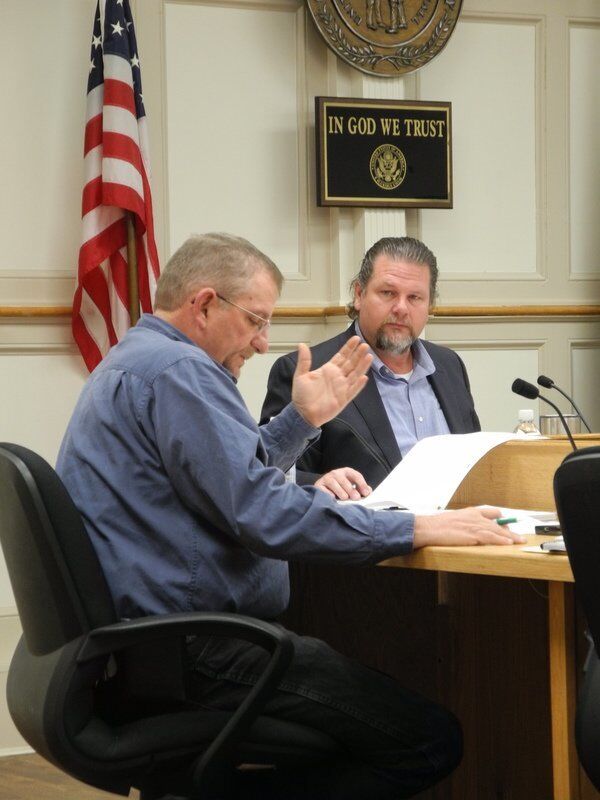 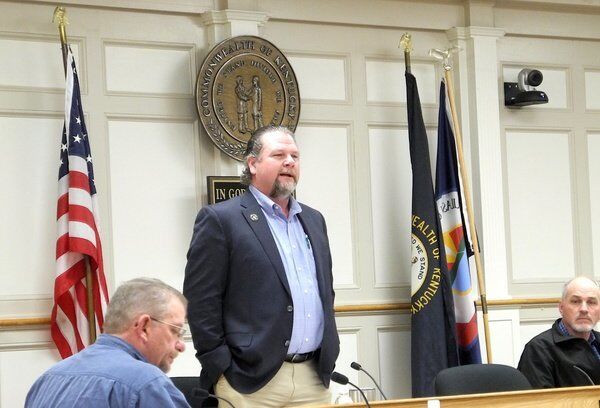 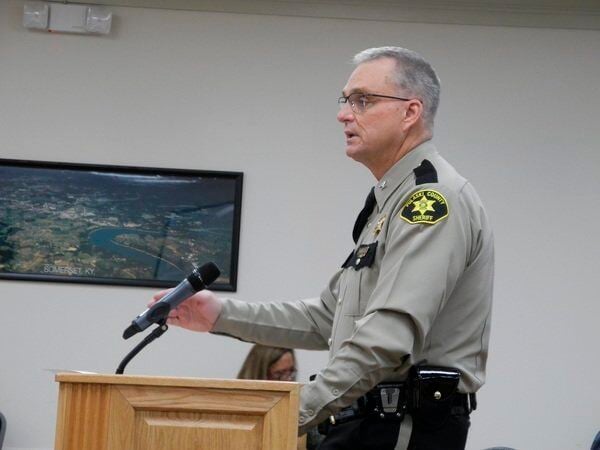 The first meeting of the new year for Pulaski County Fiscal Court calls for the approval of budgets for the sheriff and county clerk, whose fee offices operate on a calendar year (January 1-December 31) rather than fiscal one (July 1-June 30).

First up was Clerk Linda Burnett, who presented a $19 million budget with a salary cap for deputies and assistants set at $1.125 million.

The county clerk noted that receipts were down from the previous year due to the COVID-19 pandemic but she still expects to turn over $507,517 in excess fees to Fiscal Court this year. "I try to be frugal with the monies that my office uses," she said.

Burnett thanked the court for the funding to open a third office in the former BB&T branch on Main Street for motor vehicle licensing. She also announced an online service for deed records as well as new revenue for document storage.

"We could not have survived through this pandemic if we had not had that third building available," Burnett said, "because people have been able to utilize that drive-thru who are afraid to go into offices in person."

In presenting his 2021 budget, the sheriff noted that it had decreased by $11,000 due to restrictions on delivering court-related documents due to COVID-19. The total budget stood at $3,660,500 with the maximum salary cap for deputies and clerks set at $2.42 million.

Before voting to approve the budget, District 4 Magistrate Mark Ranshaw questioned a $20,000 increase in the line item for deputy salaries as well why the county would contribute to school resource officer salaries when the Pulaski County School System pays $195,000 as well.

In regard to the line item increase, Sheriff Speck explained that his department has been short three positions which he hopes to fill this year. For SROs, the county pays for those who also serve as full-time deputies when school is out, with the schools only paying for when classes are in session.

"We need those officers working the road," Speck said of the full-time deputies.

When Ranshaw expressed concern about the county's own budget situation due to the pandemic as well as upcoming renegotiations with the City of Somerset, Sheriff Speck responded that he would venture he had remitted more excess fees -- over $900,000 -- in six years that all previous sheriffs in 60 years.

"We do watch our budget," he said, "as I'm sure you watch your budget."

After the budget and salary cap approvals, Sheriff Speck asked for permission to apply for a $200,000 advance from the state treasurer in order to cover the first quarter before tax revenues begin to come in.

"I'd like to thank the court for your continued support of the Pulaski County Sheriff's Office," he said in closing. "It's been a trying time in law enforcement this year."

In terms of the pandemic, Sheriff Speck noted that nine staff members either have or have recovered from COVID-19 while others have been quarantined.

"They still go out here every day and go into situations where they know they're at risk," he said of his staff. "…I always tell people I don't think Pulaski County has the best sheriff in the state but I do think we have the best sheriff's office. I want to congratulate my staff for having the courage to face all we've had to face this year."

Sheriff Speck also expressed his appreciation for the entire community for their "tremendous support" in light of the criticism law enforcement has faced in areas across the nation with racial injustice protests and some calls to defund police.

"We're very blessed and fortunate to live here and serve this community," he said. "I'm blessed to be able to serve as sheriff. I can't tell everybody how much I appreciate their support."

Pulaski County Judge-Executive Steve Kelley told Speck that he respects the badge and prays the sheriff and his deputies stay safe. "I know you've each got families that count on you to be home every night."

Prayer also played a role at the start of Tuesday's meeting. Court members have long made a tradition of praying before meetings outside of the courtroom. But in light of recent events dividing the country, Judge Kelley opened first with remarks about patriotism before asking those attending to pray with him.

"I'm appalled at the disrespect to our flag," he said. "Our flag has so much meaning; so many lives have been lost and so many sacrifices have been made for this country. The flag is the symbol we have to rally around all those people who have gone before us that have fought to keep this country free. For anybody to disrespect our flag is a shame."

While court members have long made a tradition of praying outside the courtroom before the meeting begins, Judge Kelley also asked those present Tuesday to pray with him before the meeting got underway, specifically for three county officials, and more generally for all those who are suffering. He named deputy jailer and volunteer firefighter Donnie Thurman, who passed away Saturday after a long fight with cancer; deputy jailer Captain Randy Wiles, who has been hospitalized with COVID-19; and Magistrate Jimmy Wheeldon, who is recovering from a broken vertabra and wasn't present at Tuesday's meeting.

"We ask that Your hand be on this country and on our county," Judge Kelley concluded. "We just pray…Lord that you heal our land and guide us and direct us…to help us do what's right in Your eyes."

As the meeting progressed into departmental reports, Jailer Anthony McCollum thanked the court for the prayer when it came his turn to present.

In other business, Fiscal Court:

• approved Jailer McCollum's request to advertise for camera system bids. The jailer explained that the manufacturer of the current system, Interlogix, has gone out of business so replacement parts are no longer available. Money to pay for the new system would come out of the Pulaski County Detention Center's commissary fund.

• approved the promotion of Kim Sears to director of the Pulaski County Animal Shelter to replace Charlotte Bray.