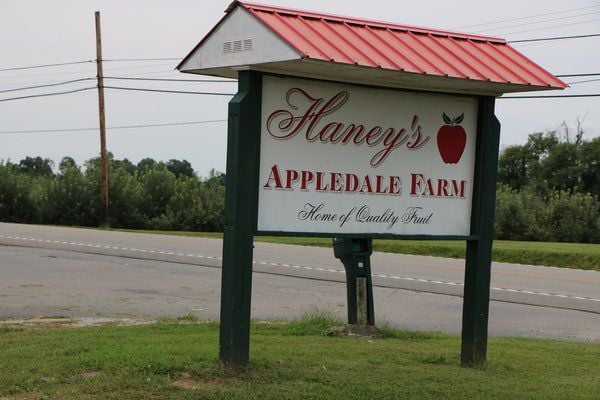 The outside of Haney's Appledale Farm along West Ky. 80. 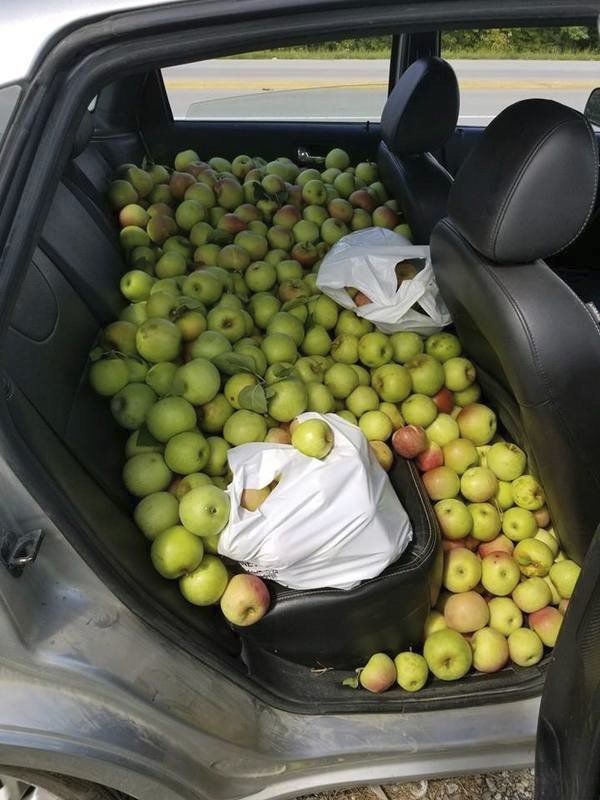 Around 10.5 bushels of apples were attempted to be taken from Haney's Appledale Farm in the Nancy area Saturday by two suspects from Manchester, Ky.

The outside of Haney's Appledale Farm along West Ky. 80.

Around 10.5 bushels of apples were attempted to be taken from Haney's Appledale Farm in the Nancy area Saturday by two suspects from Manchester, Ky.

In the Garden of Eden, Eve and then Adam found themselves with a great temptation to pluck a fruit, usually described as an apple, from a particular tree.

In the 21st century, out in western Pulaski County, the temptation to break the rules and take apples lives on.

Two individuals from Manchester, Ky. -- Randy Wagers, 50, and Stafford Wagers, Jr., 53 - were charged in multiple criminal offenses in connection with the alleged theft of more than 10 bushels of apples from Haney's Appledale Farm in the Nancy area.

According to a citation signed by Kentucky Fish & Wildlife Officer Jason Estes, the two men were observed in the area of the Haney's farm along West Ky. 80, being there "without permission" at around 3 p.m. on Saturday.

Estes said in the citation that they were observed not wearing seatbelts in a silver 2003 Ford, driven by Randy Wagers. There was also a child, age 8, in the vehicle with them, also allegedly not wearing a seatbelt.

In their possession, the suspects had 10.5 bushels of apples taken from the farm.

Don Haney, who owns the farm and store along with brother Mark, said part of the orchard was closed because the fruit there wasn't ripe enough, "so we hadn't been picking anything down there, but that's where they wanted to go apparently."

Haney said apple thievery has never really been a problem at the orchard over the years, but "you never know."

"We were fortunate they got caught," he added. "There were some Fish & Wildlife people back in that area that were looking for, I think dovehunters maybe, and saw the people over there picking apples. When (the suspects) saw the police vehicle, that kind of spooked them and they took off. (The officers) said, 'Well, this is strange,' so they kind of chased them down."

Haney said the backseat of the suspects' vehicle "was filled up to the top of the seat" with apples.

He added that the products will be gone through to determine which apples are still good and which aren't.

"Those guys are in trouble, I guess," said Haney. "... They came and helped themselves. They were probably going to take (the apples) to a flea market or something. I'd say they weren't going to try to eat those."

Both Randy and Stafford Wagers were charged with theft by unlawful taking or disposition under $500, third-degree criminal trespassing, third-degree unlawful transaction with a minor, and failure to wear seat belts.