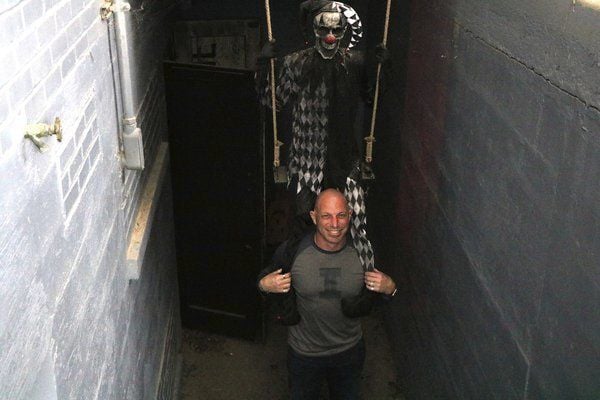 ABA's Chris George hangs out with his creepy friend at the entrance to the Haunted House on College Street in Somerset. 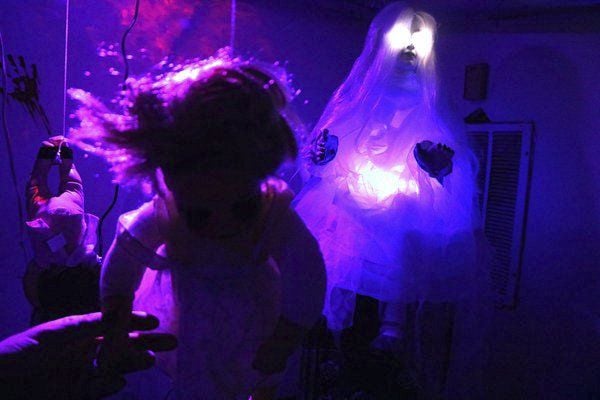 The ABA Haunted House in downtown Somerset will feature a "creepy doll" theme throughout its various rooms. 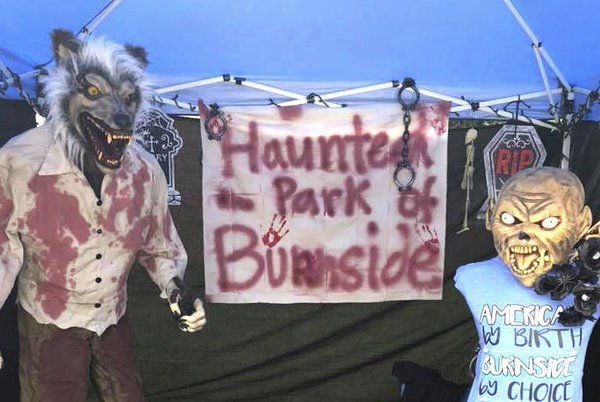 ABA's Chris George hangs out with his creepy friend at the entrance to the Haunted House on College Street in Somerset.

The ABA Haunted House in downtown Somerset will feature a "creepy doll" theme throughout its various rooms.

When it's Christmastime, there's no place like home for the holidays.

When it's Halloween, however, there's no place like a haunted house.

It's that time of year for dark and demented domiciles and as usual, Pulaski County will provide. Two of the most notable haunted houses in the area start up this weekend and both are scaring up a good time for a good cause.

ABA (Applied Behavioral Advancements) started operating a haunted house at their offices on College Street three years ago. The business, which focuses on behavioral services and related therapies, first set it up for their clients.

"Everyone enjoyed it," said ABA owner Chris George. "It was a couple days before Halloween, and we decided to keep it open, and open it free to the public. About 400 people came through and said, 'It's so awesome you guys aren't charging.' Kids were like, 'I wouldn't be able to go through if I had to pay.'"

So last year, ABA planned from the beginning to open up the haunted house to everyone. "I think we did it about five days and had about 500 people come through in that time," said George.

"Last year, it was a carnival theme with scary clowns," he added. "This year, we started working on it in June. The theme is dolls and stuffed animals."

Indeed, if you're the type to get goosebumps at the sight of creepy dolls, this haunted house is for boo -- er, you. Dangling from the ceiling, propped up at a tea party table, even a twisted version of Barbie's dream (nightmare?) house, all are sights to see at the ABA Haunted House.

"There are about 10 different rooms in there, including a nursery scene, a tea party scene, a zombie graveyard, some random body parts," laughed George.

In the past, those attending the haunted house were encouraged to just give a donation to ABA GIVES, the charitable arm of George's business. This year, the haunted house will cost $2 -- "We felt that was reasonable," said George -- but all the proceeds go to benefit ABA GIVES (though donations are still happily accepted if someone feels the eerie experience is "extra special," noted George).

ABA GIVES is a 501(c)(3) non-profit that George says functions "basically like Goodwill," except at no charge. Items of need -- clothes, furniture, necessities, etc., anything but electronics -- are available by referral, and ABA GIVES collects anything along those lines that members of the community would like to donate.

"We're filing about eight to 10 requests for clothing a week, said George. "We're 100 percent volunteer, with tax donation receipts to anyone who donates."

George said that the basement space of the ABA building where the fun takes place actually is haunted -- but they've used their own imaginations to add to the horror of it all.

"Ultimately, the haunted house is two-fold," he said. "One, we absolutely love Halloween, and also, we wanted to give something back to the community. We wanted to have a good haunted house for not-outlandish prices that goes back to help people in need."

For years, the City of Burnside has offered up some kind of Halloween fun. This year, they're teaming up once again with local tattoo magnate Bodean Johnson to offer Bodean's Haunted House in Cole Park.

Crabtree is expecting a monster turnout.

"Over 46,000 people looked at this thing (on Facebook's events) and over 8,000 people committed to coming," said Crabtree.

"Bodean Johnson been spearheading this whole thing," he added. " He absolutely eats, sleeps, and breathes haunted houses around this time of year. Our (tourism) board collectively came together to design the haunted house, but he brought the majority of ideas."

Crabtree said the walk-through haunted house is a larger shelter this year -- "We built it from the ground up," he said -- and features a maze of 12 rooms and a killer sound system.

"We want to come out no-holds-barred," said Crabtree, "and make this as big a thing as possible."