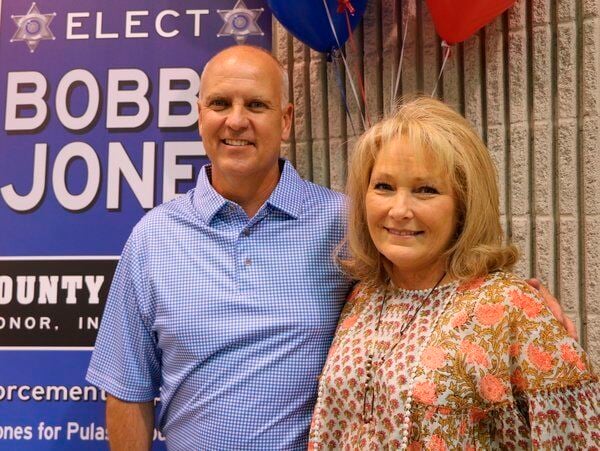 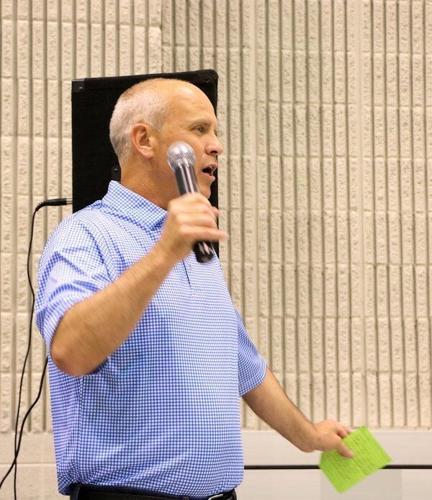 A jubilant Bobby Jones addresses his supporters at his victory celebration Tuesday night.

A jubilant Bobby Jones addresses his supporters at his victory celebration Tuesday night.

Come January, there'll be a new sheriff in town.

Unofficial totals at the end of Tuesday night had Jones in the lead with 6,463 votes followed by PCSO Deputy David A. Wesley with 2,499; retired KSP Post 11 Commander Glenn Todd Dalton with 2,158; and PCSO Captain Troy McLin with 2,102.

Lt. Jones held a commanding lead from the very first returns, which included both mail-in absentee ballots and early voting results. No matter who proved victorious, the sheriff's office was facing a changing of the guard with current Sheriff Greg Speck opting not to run for a third term.

With no Democrat running, Tuesday's result is likely to decide the race once the results have been certified by the Kentucky Secretary of State.

"I'm really amazed," Jones said from his victory celebration at The Center for Rural Development. "I'm shocked that the numbers were what they were. I'm very excited, but this was a team effort. It wasn't just Bobby Jones. This was all the support that I had throughout this campaign. I really appreciate them."

Jones announced his candidacy a year ago. At that time, he told the Commonwealth Journal that he'd wanted to be in law enforcement since grade school.

The lieutenant is a 24-year veteran of the Pulaski County Sheriff's Office. First hired by Sheriff Sam Catron, he joined PCSO on February 12, 1998, and graduated with distinction from the Kentucky Department of Criminal Justice Training Academy on April 23, 1999.

Jones has headed up PCSO's Criminal Investigations Division since Speck took office in 2015 and also plays a major role in the Somerset/Pulaski County Major Crimes Task Force, which is also comprised of the Somerset Police Department, Kentucky State Police, and Burnside Police Department.

Now as sheriff-elect, Jones said he'd be working closely with Sheriff Speck and learn as much as he can going into the transition.

"I'll start looking at my command [team]…and what places I'll put them," Lt. Jones continued. "I want to sit down with every single deputy and bailiff and talk to them, see what they want for their future, and go from there."

Jones said he hopes the community will see him as approachable. That goes for his deputies too, who he wants to assign to patrol in such a way as they can get to know the citizens of their area.

Christen Gibson contributed to this article.