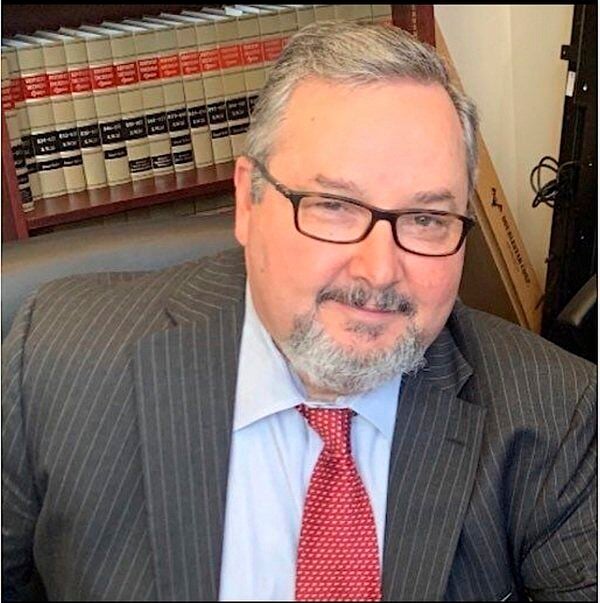 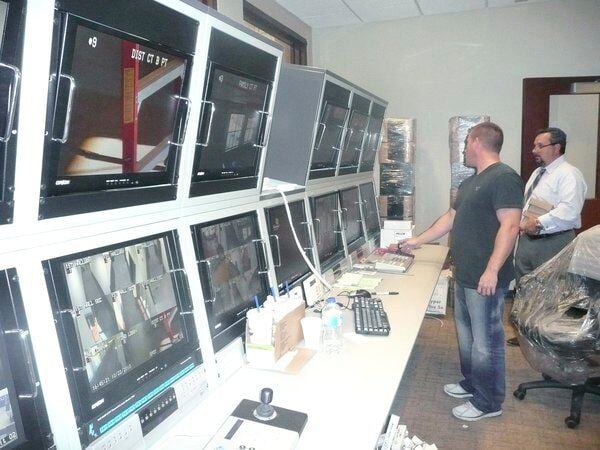 In this October 2010 photo, Circuit Judge Jeffrey Burdette (right) surveys some of the security equipment at the newly opened Pulaski County Judicial Center.

In this October 2010 photo, Circuit Judge Jeffrey Burdette (right) surveys some of the security equipment at the newly opened Pulaski County Judicial Center.

A veteran judge is turning in his gavel, at least in terms of the daily docket.

Jeffrey T. Burdette, Chief Circuit Judge for the 28th Judicial Circuit, has announced that he is retiring after 30 years of public service. His last day on the bench will be March 16.

But Judge Burdette isn't totally done with the law. He has been asked by Kentucky Chief Justice John Minton Jr. to become a Special Judge and will travel across the commonwealth to hear various felony cases and civil mediations when home-based judges aren't available.

"I just found the timing was right," Burdette said of retirement. "I want to spend more time with family, and with the opportunity to serve as a Special Judge, it seemed appropriate."

The judge also plans to continue his role as Adjunct Professor teaching Criminal Justice Ethics at the University of the Cumberlands. He and his wife Twila reside on a Brindle Ridge farm near Brodhead. Both of their children, Thomas and Zoe, currently attend UC.

A native of Rockcastle County, Burdette began his legal career with the Kentucky Department for Local Government before joining a civil defense firm and opening his own private practice.

Burdette has presided as Circuit Judge since 2003, having also won three elections for that position. Not only has the judge headed up the 28th Judicial Circuit -- made up of Pulaski, Lincoln and Rockcastle counties -- but he has also served as the Chief Regional Judge for the Cumberland's 23 counties since 2011. Judge Burdette is also an executive officer for the Kentucky Circuit Judges Association and has served as a Special Justice on the Kentucky Supreme Court.

"Judge Burdette has served the people of his circuit well and we're grateful for his leadership as the chief regional circuit judge for the Cumberland Region," Chief Justice Minton said. "We appreciate his dedication to the Kentucky Court of Justice and wish him all the best on a long and happy retirement."

During his tenure, Judge Burdette was instrumental in launching the 28th Circuit Adult Drug Court and the Rocket Docket as well as the transition to modern judicial centers. He frequently speaks on the United States Constitution and created a speaking series for drug rehabilitation centers in addition to court-to-college programs. He has presided over hundreds of high-profile criminal and civil cases and most recently led the region's courts as they've adapted to the COVID-19 pandemic.

U.S. Federal Claims Judge David Tapp served alongside Burdette in the two circuit divisions for nearly 14 years before he moved on to Washington DC.

"I've known Jeff Burdette as a prosecutorial colleague, a court adversary, and as my friend," Judge Tapp said. "He's always been there to support me, bounce difficult cases off of, and serve as a counterpoint when I encountered new challenges.

"Judge Burdette is a constitutional scholar," Tapp continued. "Aside from the day-to-day constitutional issues that arise in the Circuit Court, he's always consumed a huge amount of extra-curricular research materials about the founding fathers, their writings and their lives. I've always admired that focus.

"He's been an exemplary judge and his wit and candor will be sorely missed."

"I hate to see him go," Montgomery said. "He was an excellent County Attorney and he's been an excellent Circuit Court Judge. But I'm glad for him, if that's what he wants to do. He has obviously earned his retirement but he will be missed on the bench."

When asked if there were any memorable moments or cases, Montgomery responded there were "too many to count…We've tried high-profile cases and had rule days from 9 in the morning to 7 or 8 at night.

"We're doing a difficult job but when there was an opportunity to laugh, we've had some good laughs," the prosecutor continued. "He's always good natured but had firm control of his courtroom. I want to congratulate Judge Burdette and wish him the best in his retirement. He's been a great friend of mine and a joy to work with."

Montgomery added he was glad to hear that Burdette would continue as a specialty judge. "He's well known and respected throughout the state," he said.

"Judge Burdette's service to the citizens of Pulaski County and the 28th Judicial Circuit will leave a positive and lasting legacy for the legal community," Norfleet said. "He was the Circuit Court Judge when I began practicing law in 2005. He was one of my mentors and he taught me many lessons about the law. His dedication as a judge was second to none. His rulings were witty, grounded in the law, and most importantly, reflected a common sense application of the law. He will be remembered as a tough judge; one who demanded accountability and performance. More importantly, he will be remembered as a good person that left a positive impact on the community."

John Prather Jr., who will mark his own milestone this April having practiced law for 50 years, worked closely with Judge Burdette on the committee overseeing the construction of the Pulaski County Judicial Center which opened in 2010.

"Ours was one of the first built under a bid contract," Prather recalled, "and we ended up building it for less than the budget…It came in on time."

The judicial center not only provides secure quarters for jurors and inmates but includes space for appellate judges and accommodated the growth of the circuit to include a new Family Court division. Prather noted that the judicial spaces within the old courthouse were practically obsolete when they opened, and credited Burdette with making sure that didn't happen again.

"Judge Burdette was insistent on getting the center built so that it would be appropriate and dignified," he said.

Prather added that Burdette deserved credit for how he conducts his court. "His is not a courtroom that has been influenced by political leanings," he said. "He has conducted the court with great dignity.…We have had very good judges here; our bench has been remarkable."

While commanding the respect of participants, Judge Burdette has also shown respect and patience, Prather added.

"You'd never see him upbraid a lawyer in front of the public," the lawyer explained. "In his criminal cases…he had a great deal of patience, particularly with first-time offenders, but he was fair. If they didn't do what they were told to do, then he'd put the hammer down. That's the way it ought to be."

In terms of Prather's specialty, civil cases, he said that Judge Burdette respected that the lawyers involved would know more about whether a case was ready to be tried.

Judge Burdette can look back on his career with pride.

"I've been honored to serve, done my best and dedicated myself to the people and the constitution," he said. "I've been blessed."

Ruby Gragg, age 88 of Somerset, Widow of the late Harold Gragg, passed away Saturday, April 10, 2021. Funeral Arrangements are pending at this time and will be announced later by Pulaski Funeral Home.