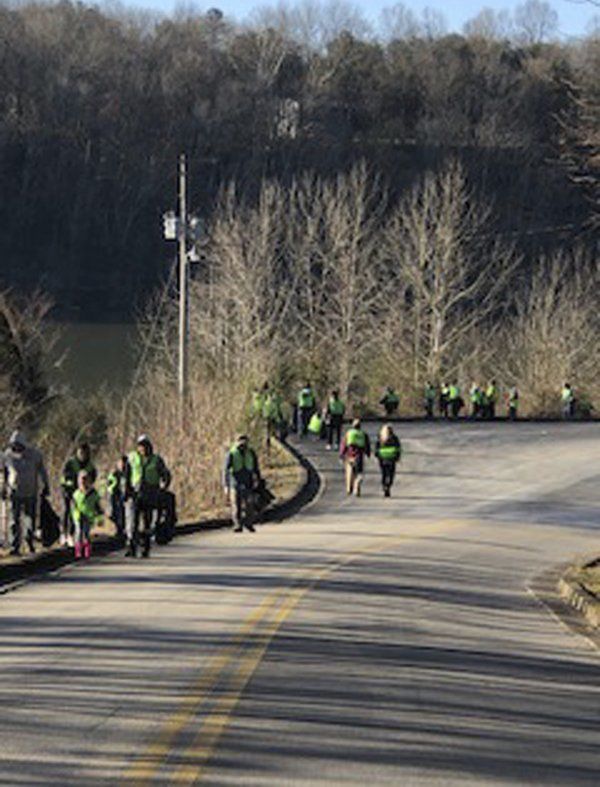 Around 300 volunteers, including members of various churches, and even jail inmates helped clean up Burnside Island Saturday as part of a community debris removal effort after February's heavy rains and flooding. 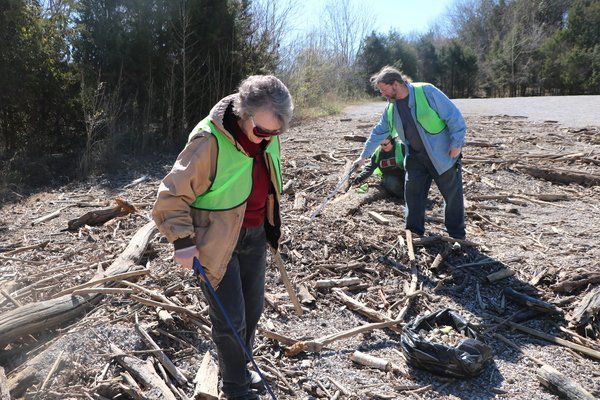 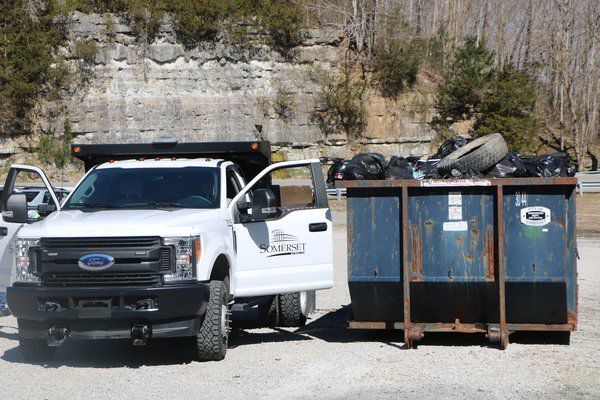 The dumpster donated to the clean-up by the City of Somerset was filled with trash bags and debris by noon Saturday at Burnside Island.

Around 300 volunteers, including members of various churches, and even jail inmates helped clean up Burnside Island Saturday as part of a community debris removal effort after February's heavy rains and flooding.

The dumpster donated to the clean-up by the City of Somerset was filled with trash bags and debris by noon Saturday at Burnside Island.

Everyone talks about "spring cleaning," but they usually mean at their house.

However, in a bigger sense, the Lake Cumberland region is our home -- and it needs cleaning too.

That's exactly what hundreds of volunteers did Saturday for the Take PRIDE, Keep Lake Cumberland Beautiful Flood Clean-Up, an effort which pulled in contributions from local governments and tourism agencies, as well as environmental organization Eastern Kentucky PRIDE, with a vested interest in keeping the area uncluttered and attractive.

The clean-up took place at General Burnside Island, one of the lake-adjacent areas hit hard by flooding due to heavy rains in February. Water went up on the shores and over roads, leaving behind trash and debris when it receded.

"We had almost 300 people who came and helped today," said Leslie Ikerd, City of Somerset Director of Tourism, who was there with Michelle Allen, executive director of the Somerset-Pulaski County Convention and Visitors Bureau (outgoing Burnside Tourism Director Farrah Dobbs was also there representing Burnside).

That included volunteers from the community as well as local inmates, she said.

"They facilitated multiple sites," she said of the inmates. "They took care of Burnside Marina, they went on down to Waitsboro and did some work. They came back here to help collect some garbage."

The City of Somerset donated a dumpster to the cause which was filled to the brim with trash bags and various assorted items of refuse, such as tires. The city also donated a dump truck and has a street sweeper coming there on Monday.

Ikerd noted that there is a major fishing tournament with the Bass Federation coming to the lake next weekend, , and so that was a significant motivating factor in getting everything cleaned up.

However, "overall, we want to keep our lake beautiful, always beautiful, and get ready for tourism season."

Allen noted that a number of areas that at Burnside Island, as well as other local spots, were given attention, such as the large lot when first coming over the bridge all the way down to the boat dock, " a lot of the causeway area, a lot of the embankments. We had volunteers who could have just picked up what was on the side of the road, but they literally went down off the rails, all the way down, cleaned up all the banks."

Another big source of assistance was from local churches -- Ikerd estimated about eight churches, bringing close to 25 people each.

"It was an amazing community outreach," she said.

Also present was Chris Girdler, president of SPEDA (Somerset Pulaski Economic Development Authority), Somerset Mayor Alan Keck, and county magistrates as well as other board members from various associations. She also pointed to Burnside Island manager Mike Lynn as doing a "great job" and an AmeriCorps volunteer, working with Southern Elementary School on the project, Somer Schmidt, who gathered up 4,500 water bottles to provide to volunteers. Some of them have been able to be saved for the next clean-up on May 11, likely to be held at Pulaski County Park.

"Cody Gibson of SPEDA has been helping me do the dirtiest of the jobs, in the dump truck with all the stuff dripping all over him," said Ikerd with a chuckle. "(He's) the true MVP."

Ikerd and her crew arrived at 7:30 a.m. Saturday and were still there at noon -- but the reward for all the hard work was a much more attractive Lake Cumberland Lanscape.

"We have worked together as a community to make it be the shining star it is today," said Ikerd.