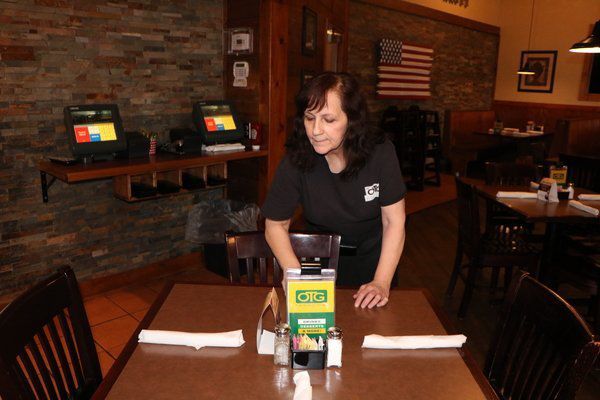 Server Barbara McQuiston cleans off a table to get it ready for the next customer at Old Town Grill. 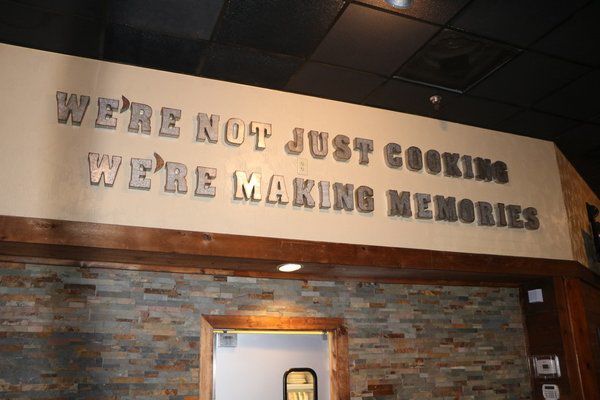 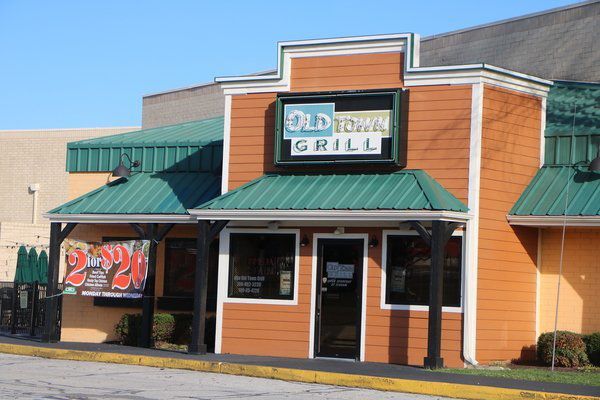 Old Town Grill is an anchor spot in the longtime restaurant space at the Somerset Mall.

Server Barbara McQuiston cleans off a table to get it ready for the next customer at Old Town Grill.

Old Town Grill is an anchor spot in the longtime restaurant space at the Somerset Mall.

Once upon a time, the arrival of Old Town Grill was the hot new thing.

Back in April of 2017, it was exciting for Somerset to get a new restaurant, and in the Somerset Mall to boot, filling in the old Tumbleweed space. Old Town Grill, while not a large national chain, had a strong regional presence, including in neighboring London.

In that time, a lot has changed. Just in the last year alone, U.S. 27 has been peppered with a plethora of new eateries; the last couple of weeks have seen two.

"In the last six months, it seems like everybody in America has opened up here," said Mike Caffrey, Director of Operations for Old Town Grill, or OTG. "It's tough."

Certainly, the local restaurant landscape makes for a more competitive market than it did when Old Town Grill first rolled into town.

Still, shed no tears for the casual dining blend of Americana favorites — it's holding its own.

First opening in Tazewell, Tenn., in 2005, Old Town Grill expanded to additional locations in Kentucky, London, Corbin, and lastly, Somerset (the restaurant also opened a Berea, Ky. location). For a long time, Pulaski Countians would hop over the Laurel County line and have dinner at that Old Town Grill; Caffrey and others involved with Old Town Grill figured, why not bring it right to those in Pulaski in their own back yard?

Caffrey described the restaurant as serving classic “American food,” with a focus on “southern hospitality” and “great service.”

“It’s like Grandma’s house,” he said. “Our guests come in and feel comfortable, feel welcome. We’ll have anybody from the president of the local bank to the local plumber who’s been digging ditches today.”

Caffrey said that the most popular item on the menu is the Buffalo wrap signature sandwich. "In Somerset, that's hot right now," he said.

Steaks are another crowdpleaser at Old Town Grill. Different options — sirloin, ribeye, steak tips, smothered hamburger steak — are available for those who want a filling dinner.

Caffrey also said that they're planning to "expand" on their burger offerings, which already include intruigin options like the black & bleu (cheese) birger, Jack Daniels burger, queso burgers, and OTG brisket burger.

"They're gourmet burgers," he said. "We're getting ready to expand on the menu and do some really nice things with the burgers in the next few weeks."

One can also order sandwiches, such as the double-decker club , pastrami Reuben, or ultimate grilled cheese; pasta dishes like fettuccine Alfredo and the shrimp bake; and chciken and seafood entrees — one favorite is the so-called "sinful chicken," topped with spinach and cheese and drizzled in a Cajun Alfredo sauce, a meal sure to inspire gluttony in any guest.

OTG, which Caffrey calls a "family restaurant," safe for the kids and grandparents alike, has staked out its corner in the community, serving as one of the anchors of the Somerset Mall — Caffrey noted that they help the mall with their presence, driving more traffic up that way.

And while the dining landscape around Old Town Grill might have changed, Caffrey's affection for the local market has not.

"I like the community," he said. "I really like the town — friendly people, good people, business is good for us. Compared to London, it's a community that's really growing. Very forward-thinking.