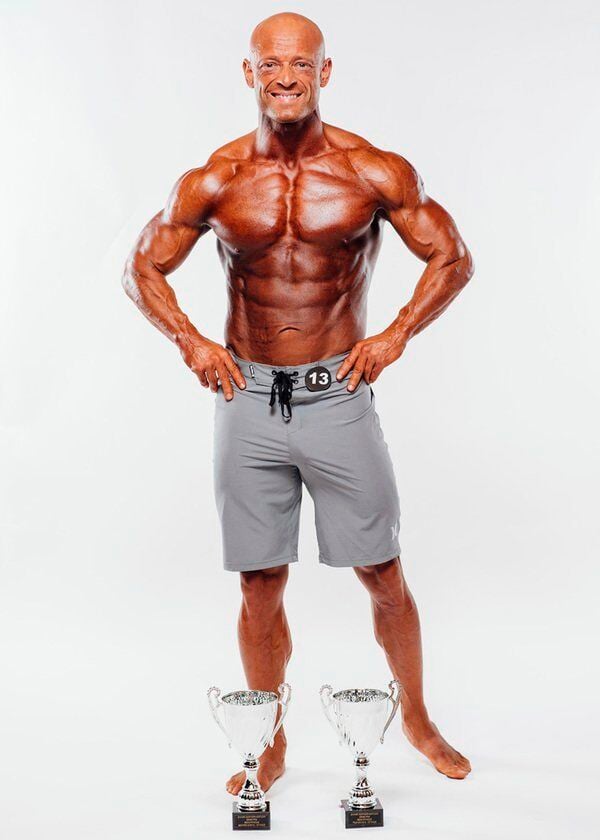 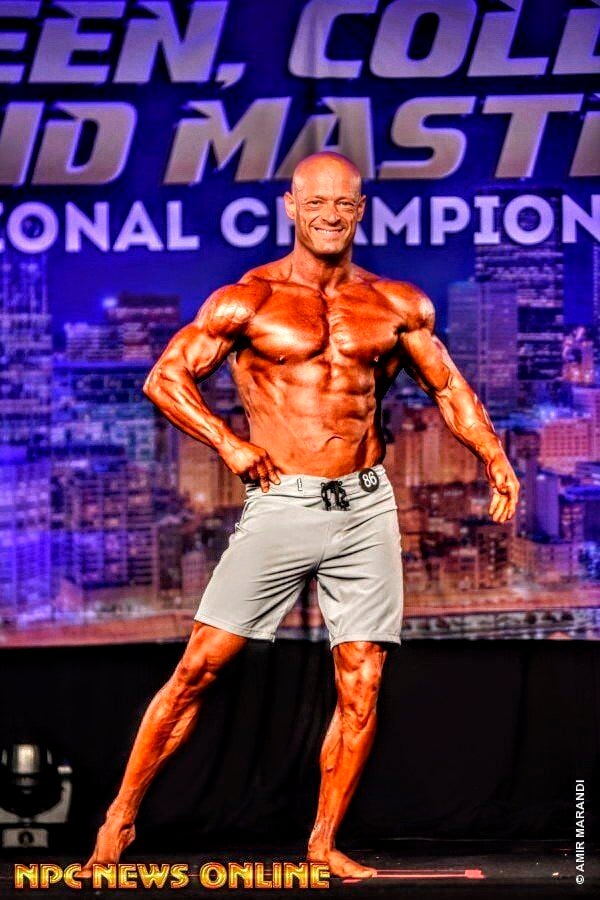 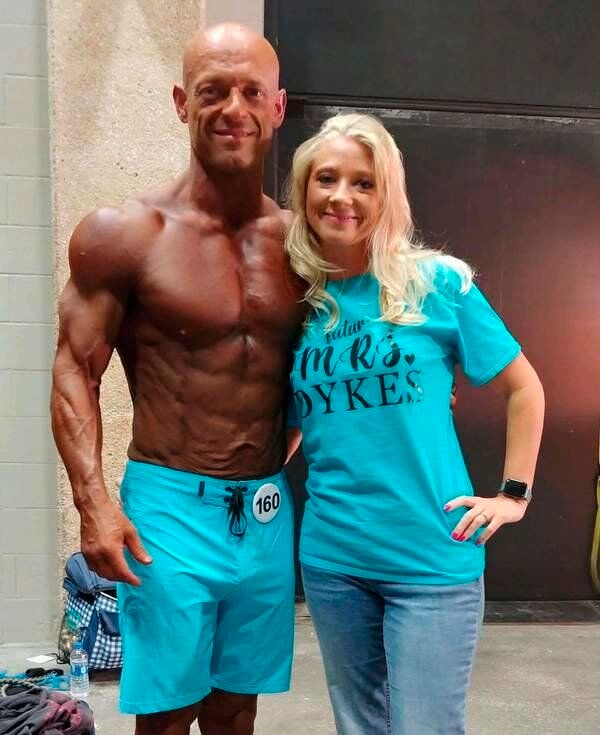 Scott Dykes is a former standout running back at both the high school and collegiate level.

He thrived on athletic competition.

And seven years after gravitating from that spartan lifestyle, his body let him know he needed to go back.

Fast forward to last weekend: Dykes became an athletic champion again, at the age of 46.

"I was very pleased with the results at the Derby Festival," Dykes said. "I won the 40 and over Masters Division and I entered the Open Division for giggles and placed fourth overall. I was the oldest competitor in the Open Division -- I was going against guys in their 20s and 30s so I did OK for an old man.

Dykes' journey from a heart attack to being an elite performer in the bodybuilding world has been a long one.

Upon re-entering the gym to work out on free weights following his cardiac episode, Dykes began powerlifting. He got his weight down to 198 pounds and competed in two powerlifting meets under his first trainer, Eli Coffey of Somerset's Lift Inc. gym.

"I'm very thankful for Eli for training me and getting me started in bodybuilding," Dykes said. "I wouldn't be where I am today had I not started training with him."

Dykes said he didn't notice it -- but his body had become chiseled from the rigorous powerlifting competition and the training that went along with it. Coffey, on the other hand, did notice.

"I usually worked out in big hoodies but I had my shirt off in the gym one day and Eli suggested I try bodybuilding," Dykes said. "I trusted him so I said let's go for it."

The goal was to finish in the top five. Dykes placed sixth.

"I was sixth out of over 200 competitors in the 40-plus division," Dykes said. "I missed it just by a few points and had to re-qualify for Nationals."

That quest was delayed by several events. In October 2019, Dykes tore his left bicep -- which required surgery.

"I had a technique issue on a dead lift and my bicep snapped at the elbow and rolled up to my shoulder," Dykes said. "It took reconstructive surgery and a lot of hard work to get me back to competitive form.

"Dr. (Jesse) Pace put me back together," Dykes said with a laugh. "It doesn't look great -- I have a 3-inch gap between my forearm and my bicep -- but it was about 10 inches before Dr. Pace worked his magic. I can hide that 3-inch gap while posing. Strength-wise, I can only curl about 30 pounds with my left arm. But it doesn't affect my bench press because that's a pushing motion."

Then COVID-19 hit and gyms began shutting down.

"I got ahead of it by picking up as much equipment as I could find and putting together a gym in my garage," Dykes said. "I ended up with 2,000 pounds worth of plates and a fully functioning gym where me and my buddies could work out."

During that period, Dykes and several family members contracted COVID. He lost his grandmother to the disease.

Dykes suffered a complication with his battle with COVID -- he developed pneumonia.

"I was flat on my back for two weeks and I still feel the effects from it," Dykes said. "I still have to do breathing treatments."

As he emerged from his setbacks, Dykes also hired a new trainer, Chauncey Wilson of Team Shredder in Louisville.

"I coached Chauncey in football and asked him if he would be willing to put together a regimen for me," Dykes said. "He put the program together and I did the work. We would meet by remote and work out. It's a great fit."

It was also during this journey that he met his future wife, Alanda Lynn. Alanda owns and operates Salon A in Somerset.

"God really blessed me with Alanda," Dykes said. "I can't tell you how many times she has picked me up when I crash during my training regimen. Her support has been unwavering.

"When you go through training in bodybuilding, you eat every three hours -- small meals six times a day," Dykes said. "And when you get closer to competition, you starve yourself. You get grumpy because you can't eat -- it's tough on a family and Alanda has stuck right beside me."

Dykes emerged from the injury and illness-induced layoff to win the Derby Festival competition. Now he has his eye on the Nationals, set for next spring in Pittsburgh.

The goal: To place in the top two to garner a NPC Pro Card. A top five finish would re-establish Dykes' national qualification.

"Right now is a time to reset and heal up," Dykes said. "I've got about two months where I can eat normally and get my strength back."

Dykes' story of persevering through a heart attack, a debilitating injury and a struggle with COVID has a familiar ring. When Dykes was in college, he overcome a serious knee injury to complete his football career when many thought he should hang up the cleats.

For the former Pulaski County grid standout, quitting is not an option.

"I started this journey because I just wasn't going to let a heart attack keep me down -- I decided to go back to some of the things I always loved doing. And being in the gym lifting was one of those things," Dykes added. "This sport presents a lot of challenges, but if you train like a champion, you will have success.