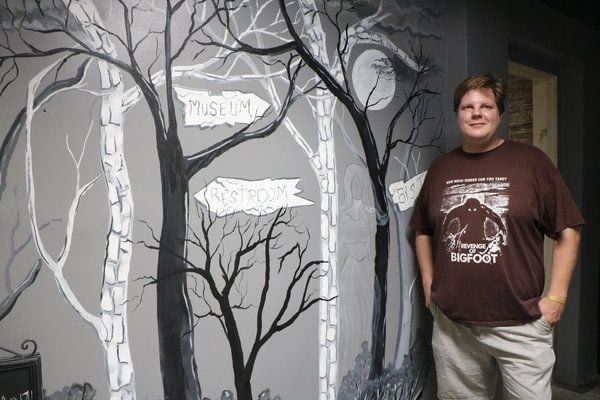 Kyle Kadel of the International Paranormal Museum and Research Center knows that the local arts community has helped make the museum what it is -- and wants to give back by showcasing local talent in a new coloring book. 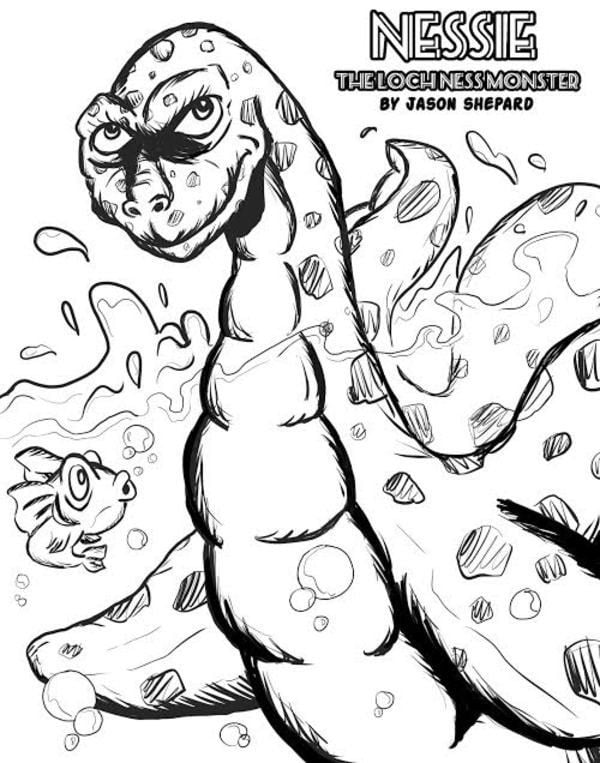 Jason Shepard's visual concept of the Loch Ness Monster is one of the submissions for the upcoming coloring book being put out by the International Paranormal Museum ion Somerset and Make Somerset Weird.

Kyle Kadel of the International Paranormal Museum and Research Center knows that the local arts community has helped make the museum what it is -- and wants to give back by showcasing local talent in a new coloring book.

Jason Shepard's visual concept of the Loch Ness Monster is one of the submissions for the upcoming coloring book being put out by the International Paranormal Museum ion Somerset and Make Somerset Weird.

What color is the Loch Ness Monster? Or the infamous Chupacabra?

Nobody knows for sure -- at least not anyone who's lived to tell about it. But with the help of local artists, we're about to find out.

Just in time for the spooky season around Halloween, the International Paranormal Museum and Research Center has teamed up with visual creators from around the county and the region to put together a unique project that will allow those with a crayon or color pencils to make their own artwork -- a coloring book.

"The coloring book idea is part of our two-year anniversary celebration," said Kyle Kadel of the Paranormal Museum. "We're closed on our actual anniversary date this year (October 14) so we're kind of billing this whole month as our anniversary event."

Kadel said the concept came about as a result of chatting with local artist Jeremy Scrimager and his "Make Somerset Weird" effort, which is sponsoring the project, about a possible art contest for prints or posters having to do with the paranormal theme.

"The idea came up to do it as a coloring book," said Kadel. "It would be inclusive. Instead of there being one or two artists' prints in the museum, now evert artist who has submitted a piece will be part of the coloring book. Not only will it be a paranormal coloring book, but it will be a representation of the local art scene."

There have been about 10 submissions received thus far, said Kadel; another eight artists have told him they plan on submitting something. The deadline for submissions is this Sunday, October 13 (those interested can contact ipmrcartshow@gmail.com or Kadel at 606-271-1016).

Images will feature a variety of festive characters from legend and lore. Famous lake monsters, aliens, fantastic beasts like the Chupacabra and even the Hoop Snake -- a serpent with a wheel like shape that's been said to reside right here in Kentucky -- will all have a place in the coloring book. As long as the image is not too graphic with regards to appropriate content, said Kadel, it will have a place in the coloring book.

But that's not all -- the cover of the coloring book needs to be decided. To that end, the Parnormal Museum and Make Somerset Weird are enlisting the help of Jarfly Brewing Co. to hold an art contest to go along with the book.

The submissions will be on display in Jarfly, located on West Mt. Vernon Street in Somerset, until Nov. 22, with the winner being announced on Nov. 24. Artists can submit different works for the book, but only one will be entered in the contest. The public will go in and vote on the work they like the best, along with essentially reserving a copy of the book. The winner will have the work that they've fixed up grace the cover of the coloring book.

"If you go in and like, say, Jason Shepard's Nessie, you will order a coloring book from his print," said Kadel. "Give them $10 and say that's one vote for Jason, or whomever."

The only way to get the coloring book this year is by voting in the contest; everyone's books will be delivered to them. Starting in January, each artist and the museum will start selling the books themselves. Cost is tentatively set to be about $10. The hope is to allow artists to make money off the book the way they would selling any piece of their work.

The kick-off party will be this Wednesday at Jarfly, starting around 5 p.m., to introduce the artists and the contest concept.

"My hope is this will be an annual thing," said Kadel.

As long as the Paranormal Museum is alive (It's alive! It's alive!), the possibility for similar collaborations with local artists will be there. Kadel is grateful the museum has made it to this point since opening in 2017 with Zach Bales, and credits the support of the community it now seeks to give back to with projects like this one.

"We never knew if anyone would be supportive or come to the museum, and now it's two years in," said Kadel. "We wanted to incorporate something with all these people who have helped along the way."