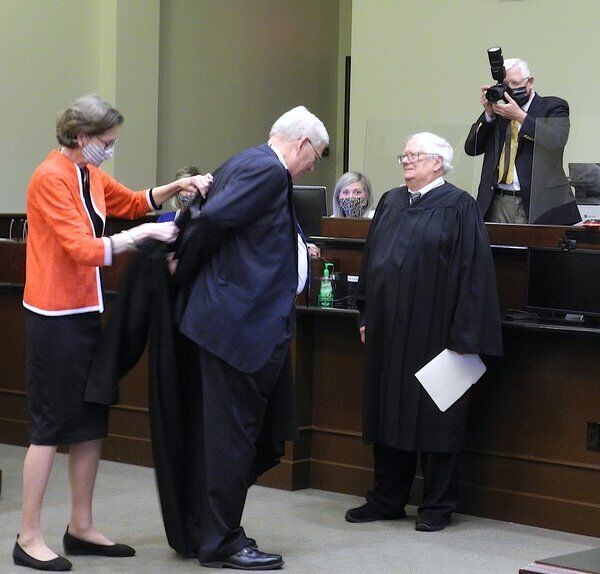 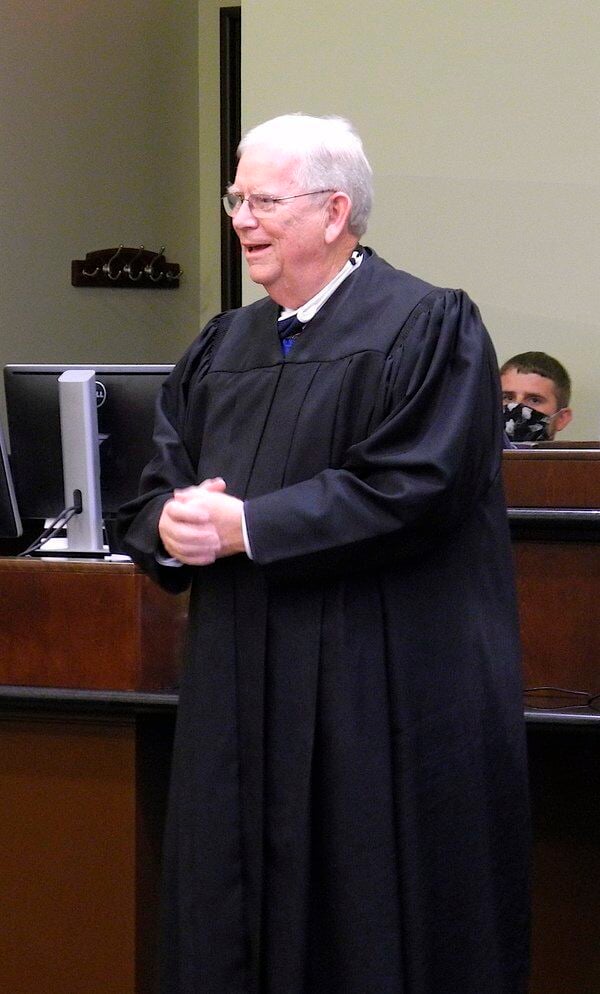 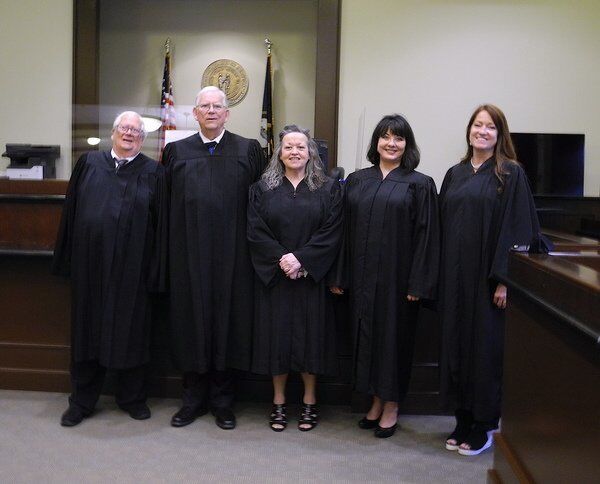 Surrounded by family, colleagues, and friends -- as many as would fit in his new courtroom per COVID-19 restrictions -- veteran attorney John G. Prather Jr. was sworn in Thursday afternoon as Judge for the 28th Judicial Circuit, Division II.

Judge Prather can now preside over felony cases as well as civil litigation filed in Pulaski, Lincoln and Rockcastle counties.

"It is a privilege and an honor for me to preside over this event," Cain said. "My law career started some 53 years ago with John Prather Sr. …He taught me how to practice law. A few years later, his son John Prather Jr. had graduated from law school and completed his military obligation in the United States Air Force, and also joined the firm. We practiced together for a number of years…

"It's a privilege and an honor for me to be here and do this for Mr. Prather and his son Johnny."

Prather's wife Hilma held the Bible on which he took his oath of office, then helped her husband into his new judicial robe. In accepting his investiture, Judge Prather paid tribute to her, their children and grandchildren as the most important people in his life.

"I have no speech to make except to thank all of you for being my friends and all that you've done, and the trust that you've put in me," he added for the crowd present.

Judge Prather was appointed by Governor Andy Beshear earlier this month to fill the unexpired term of Circuit Judge Jeffrey Burdette, who retired at the end of February after 18 years on the bench.

Judge Prather's tenure will come to a close at the end of 2022, when the General Election will determine who will serve the next eight-year term in Division II. He has already announced that he does not intend to run for the office when filing for the election cycle begins this November.

"It's not in my nature," Prather has said of campaigning.

His interest in ascending to the bench, which coincides with his 50th anniversary of practicing law, is more about helping to get the docket back on track following the delays caused by COVID-19.

In terms of his practice, the iconic Prather Law Office on downtown's Fountain Square, the new circuit judge announced that nephew Joel Prather will be taking over the reins.

Zelene Cooper, 84, Monticello, passed away Tuesday, May 4, at the Lake Cumberland Regional Hospital Jean Waddle Care Center. Arrangements are pending and will be announced by Morris & Hislope Funeral Home. Condolences may be expressed at: www.morrisandhislope.com.