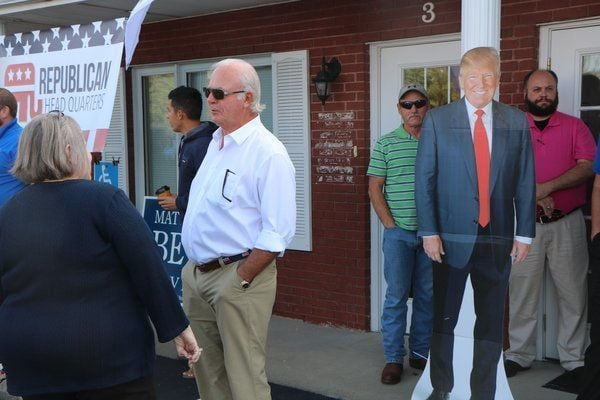 Pulaski County Republican Party Chair Bill Turpen (in white) talks to the crowd at the ribbon cutting for the new campaign headquarters facility, as a cutout of President Donald Trump, current top of the GOP hierarchy, looks on. 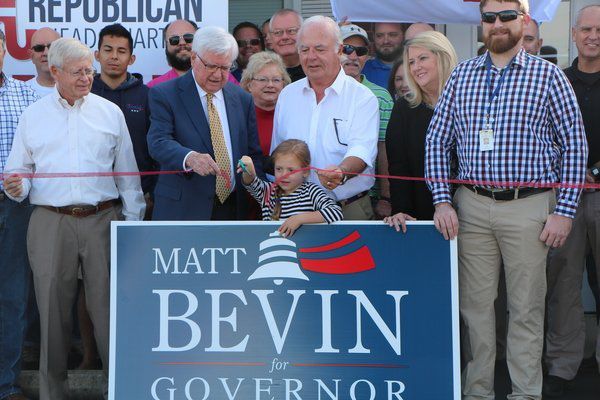 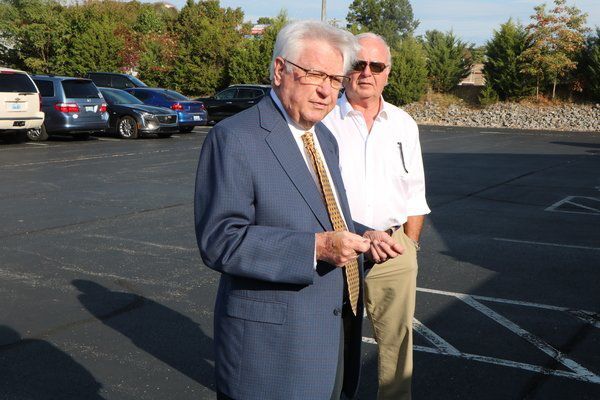 Pulaski County Republican Party Chair Bill Turpen (in white) talks to the crowd at the ribbon cutting for the new campaign headquarters facility, as a cutout of President Donald Trump, current top of the GOP hierarchy, looks on.

"Speeches are nice, but they aren't decisive. The only thing that's decisive is the election — the votes."

"It's a good central location, plenty of parking," said Turpen, who said the phone number that accompanies the space is 606-875-1099. "We won't be having this manned all the time, but (people) can call and meet and pick up (materials), and then we'll have some organizational things here too."

The old GOP headquarters downtown closed several years ago, noted Turpen, who said the party had been sort of "floating" in the meantime. This won't necessarily be a permanent location, for for the current campaign season, it's home.

"We need a centralized place," said Turpen. "It's just temporary. As elections come and go, we'll rent this place or other places as well. Fortunately, this was available and we needed it a short time."

Rogers addressed that crowd gathered outside for the ceremonial ribbon cutting, encouraging support in the November General Election for Bevin against Democratic challenger Andy Beshear. He called the coming Election Day "a very important day in the history of the Commonwealth of Kentucky."

Added Rogers, "We've got a governor who's delivering, who is among us. I've never seen a governor spend as much time as governor in east Kentucky. And so we need to repay that favor, number one, but number two, it's in our interest in Pulaski County and in southern Kentucky to have a governor we can call our own, and who can answer the call — you know you've got a friend here."

In particular, with Pulaski County being such a traditional stronghold of Republican voters, Rogers said it was critically important for the party to show up strong at the polling places locally.

"You're critical," said Rogers. "This county is absolutely critical. People will be watching to see whether or not you are beginning to look like you're going to deliver, because a lot of people follow what you do here."

Turpen called the current Republican "the best" he's ever seen in his lifetime, and was pleased with the crowd that came out to signify their support Friday.

"All these people that are here, we wanted to show that there's a united Republican Party in Pulaski County, and we're in this thing to win, and we're going to win," said Turpen. "We want everybody to join us on the bandwagon."