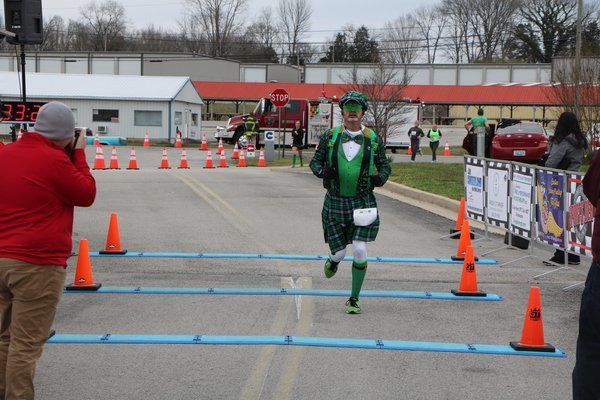 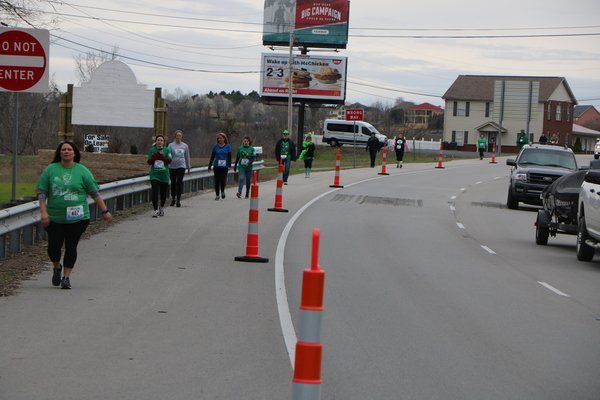 Those driving along busy U.S. 27 Saturday morning could see people dressed in green taking part in the Shamrock Shuffle 5K in Burnside. 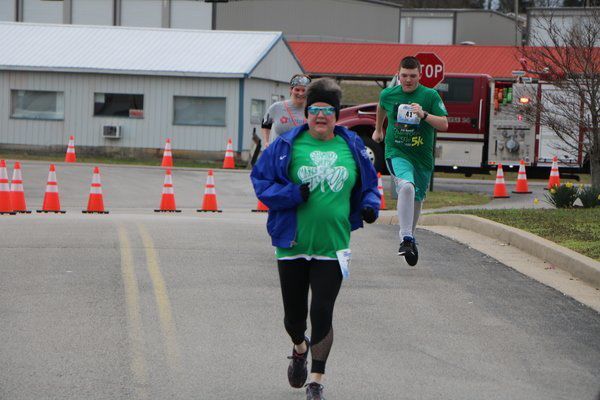 Around 400 individuals took part in Saturday's Shamrock Shuffle 5K run-walk in Burnside, with the finish line at the Stonebrook Pavilion in front of Muggbees.

Those driving along busy U.S. 27 Saturday morning could see people dressed in green taking part in the Shamrock Shuffle 5K in Burnside.

Around 400 individuals took part in Saturday's Shamrock Shuffle 5K run-walk in Burnside, with the finish line at the Stonebrook Pavilion in front of Muggbees.

While every hour it seems there's a new cancellation due to concerns over the COVID-19 virus, that wasn't the case in Burnside Saturday morning, where runners and walkers celebrated life, community, fitness, and everything St. Patrick's Day.

The eighth-annual Shamrock Shuffle 5K event went on as planned Saturday, hosted by the Somerset-Pulaski County Chamber of Commerce.

Although the emerald holiday isn't until Tuesday this year, there was plenty of green to be seen at the Stonebrook Pavilion in Burnside. As usual, many participants took the opportunity to dress up in festive accessories, such as clover-antenna headpieces, green skirts, and in the case of regular spectacle Duffy Sutton, a full leprechaun outfit.

For some, in the midst of difficult times, it was a dash of normalcy that was sorely needed.

"I love it," said Sutton, a retired Kentucky State Police Trooper who takes place every year. "You're out here trying to keep healthy, not only physically — mentally, it does a lot for people. You can still come out here and have a good time, and still practice the (illness precautions) that they've asked you to take care of. I don't know if anybody's offended about that, but as far as I'm concerned, this is what I'm going to do and I see a lot of my friends out here doing the same thing."

With so many event cancellations purposed to prevent the spread of the flu-like COVID-19 virus, there was some backlash on social media after Chamber of Commerce Executive Director Bobby Clue told the Commonwealth Journal earlier this week, "We are 100% hosting our race this Saturday."

But few people were scared away by Saturday morning. With 458 registered for the run-walk over three miles, along busy U.S. 27 (with traffic control by the Burnside Police and Fire Departments) and scenic Lakeview Drive, around 400 still showed up to take part.

"It's the largest traditional 5K in the Lake Cumberland area," said Clue. "... I understand that some people have concerns and those are valid concerns, and that's fine. We don't want to play those down at all. But we're to have a good time. It's a fun event, and we're happy to have everybody out today.

"If you look at the atmosphere (Saturday), everybody's having a good time," he added. "We've got lots of vendors throughout. We're got costumes, and everybody's excited to be out today. The rain has held off, which has helped us a lot. I would classify (Saturday) as a day of success for us."

Burnside Tourism Director Frank Crabtree, Jr., was happy to have the event in his city.

"With everything going on, it's great to see the participation," he said. "... Everybody seems to be out in great spirits today. I think it's something really good for the community."

People of all ages participated — not just youthful regular fitness devotees, but children, older people, and individuals of all body types. Some of them were even athletes of another kind — like members of the local Somer City Roller Derby.

"The weather held off, and it felt really nice to be outside and be around other people," said runner and roller derby team member Kylie Flores. "It was good."