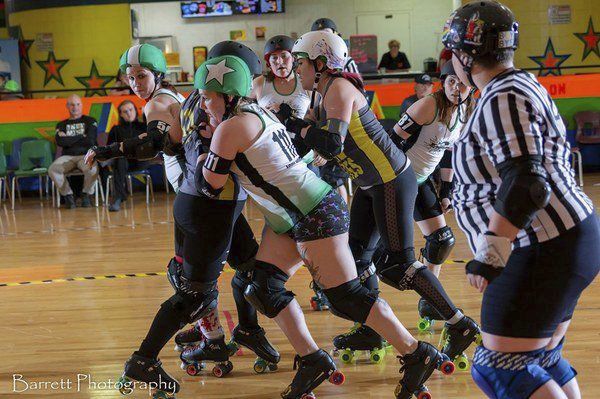 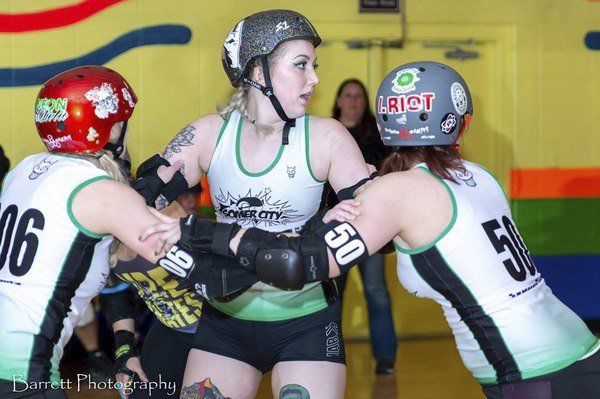 Lace up your skates, fans. It's time for some roller derby.

It's the first of three scheduled home dates for Somerset's new roller derby team, which already has one bout under its belt, having taken on Dire Skates in Richmond, Ind., last month. Though Somer City fell in that first outing to the more experienced squad, they acquitted themselves well.

"It was so good and so educational," said Andi Tomlinson, a.k.a. Brawly Parton, about that first outing — she wasn't able to attend but got the scoop from her teammates. "We got beat, yes, but we were complimented on so many levels by that team and their coaches, the officials, on how gracious and hospitable we were and how hard we played. They were especially impressed with our skill level for being a new team."

Tomlinson added that when a less experienced team plays a veteran unit, it's "very unlikely" that they'll score over 100 points ... and Somer City earned 120 points that night.

"They were shocked by that," said Tomlinson.

The team feels ready for their first bout in front of a home crowd.

Each bout is played between two teams of five, comprised of a "jammer," a "pivot" and three "blockers," collectively called a "pack." Each game is 60 minutes in length, broken down into two 30-minute periods that are further broken down into two minute "jams." The two jammers try to break through the pack to begin scoring points for their team while the blockers are using shoulders, hips, and strong skating techniques to block opposing team members so their jammer can succeed, scoring a point for each member of the opposing team she passes.

The 2019 bout schedule includes eight competitions with teams both here in Kentucky and in surrounding states.

Somer City's home bouts will all be played at The Center for Rural Development in Somerset. The schedule includes home dates with West Kentucky Rockin' Rollers of Paducah on July 7 and Terrorz Roller Derby of Columbus, Ind., on October 12, in addition to this weekend's competition.

The team will go on the road again to compete in the Smalltown Smackdown tournament in Muncie, Ind., hosted by the Cornfed Derby Dames on June 22 and 23; to Huntsville, Ala., on August 17 to face the Dixie Derby Girls; out to Paducah on September 14 to have a rematch with West Kentucky Rockin' Rollers, and will close the season October 26 in Athens, Ohio, against the Black Diamond Betties.

This bout will be held in the North Ballroom at The Center. Doors open this Saturday at 6 p.m. and the first whistle will be around 7 p.m. Cost of admission is $8 at the door, and free for children 10 and under. However, there's an ongoing deal currently to get a season pass for $15, a bargain with two more bouts on the schedule.

There will also be "skater jars" available at the bout. People can put money in them to support their favorite skate, and whoever has the most money in the jar at the end of the bout wins Most Popular Skater. All the money will go to a charitable cause — for this bout, it's going to help the Pulaski County Alzheimer's Disease Respite Center.

"We don't keep any of the money," said Tomlinson. "It's all donated to charity."

Tomlinson said that the team is pumped and ready to show what they can do in front of their hometown crowd after putting nearly a couple of years of work into preparing for their inaugural season.

"We've been working stupid-hard on skills and we are a heavy endurance team. We run endurance drills every single practice to keep up our strength and stamina in the thick of battle," she said. "We're so prepared. We're super competitive. We just love playing this game. That in itself makes all the difference in the world.

"(Vette City) is an older team and we're a brand-spanking new team," she added. "It makes it look like the odds are against us, but I don't really think they are."