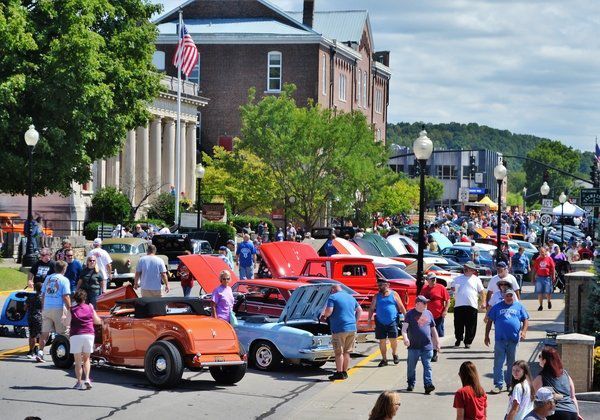 Somernites Cruise saw its biggest show ever this past August. The successful 19th season comes to a close this weekend with the October Cruise. 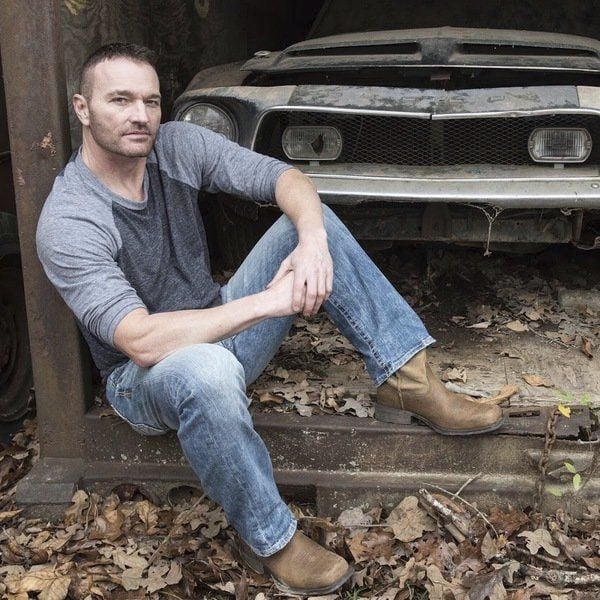 Patrick Glenn Nichols of "Musclecar Barn Finds" will be at this month's Somernites Cruise.

Somernites Cruise saw its biggest show ever this past August. The successful 19th season comes to a close this weekend with the October Cruise.

Patrick Glenn Nichols of "Musclecar Barn Finds" will be at this month's Somernites Cruise.

It's been a big season for Somernites Cruise.

"We've had a really good year, including the biggest show ever in Somernites Cruise history," said Cruise Team member Mark Hansford, referencing the record 2,022 cars that rolled through at the August show.

Maybe even better than that -- with this weekend's October show, the final Somernites Cruise event of the season, the classic and custom car show might top the mark for best-attended year in Cruise history,

"I think we'd probably need about 1,125 cars to break the record. We're really, really close as far as the numbers go," said Hansford. "... It all depends on the weather for Saturday. If we have dry sunny weather, we'll probably break the record. Nevertheless, we're very, very pleased with how (the season) has gone."

Of course, Somernites is about more than just records. "It's not about the numbers. It's about people coming here, having a great time, being introduced to the community, spending money here," said Hansford. "But we do track the numbers just to see trends over a long period of time."

This month's Cruise doesn't feature a particular type of car. Rather, the showcase theme for October is something the Cruise has never done before -- cars made in the year 1979 or earlier.

"It's something unique," said Hansford. "The showcase area is for all makes and models; usually we focus on a specific make or model.

"A lot of times, people go to the car show and take a 1956 Chevy and might get parked by a brand-new Mustang. Some people are okay with that; some people don't like that," he added. "We're giving them the option: They can park in the specific showcase area if they want. It kind of comes down to preference. If you just come to the show and don't care where you're parked, that's fine, but if (the showcase) is something that appeals to you, we're making it available."

Things get underway as usual on Thursday with the Tune-Up Cruise-In at 7 p.m. at Dairy Queen on South U.S. 27. Share stories about the road and enjoy hot food and cool treats. Also Thursday is the Covered Bridges of Kentucky Fall Cruise. Those going leave from the Somerset Mall at 9 a.m. The all-day tour visits the Coleville, Johnson Creek, Goddard, Ringo's Mill and Hillsboro covered bridges. There will be some great photo opportunities to get a picture of your classic car crossing some of these bridges. They'll have several breaks during the tour to allow for rest and fuel stops. For additional information or questions, contact Keith Floyd at 606-872-2277 or somernitescruise@yahoo.com.

Friday opens with the Cruiser Meet & Greet at Danny's Rod Shop on North U.S. 27 at 10 a.m., where you can get an early jump on meeting fellow cruisers and receive a goodie bag. In the afternoon Friday comes the opportunity to cruise the "Rattlesnake," the twisty Ky. 192 route that's a favorite of local pleasure cruisers. Meet at 2:30 at the north end of the Somerset Mall parking lot and leave from there. Then come back at 5 p.m. for the block party, presented by the Somerset Mall and Don Franklin Family of Dealerships.

Meet at the South Hardees location at stoplight no. 22 at 8 a.m. Saturday and then leave at 9 a.m. to go on this month's "Fun Run" to beautiful Cumberland Falls. The trip is free and an opportunity "to see an iconic scene, a piece of nature's wonder" in neighboring McCreary and Whitley Counties.

At Saturday's downtown show, the two big raffle giveaways people have been buying chances for all year are finally going to find their owners: the 1932 Ford Roadster, sponsored by Alton Blakley, and the 20-foot enclosed Gatormade trailer. Chances can be bought up to 15 minutes before the drawing for each; the trailer will be drawn for at 6 p.m. and the Roadster at 6:30 p.m. You don't have to be present to win.

Hansford gave a big thanks to the giveaway sponsors, noting that Gatormade is generous enough every year to donate one of their trailers to help promote and improve the Cruise.

"After 19 years, we'd expect some of the support for Somernites to fall off, but we've not seen that," said Hansford. "We appreciate the businesses in the community that step up year after year.

"Nineteen years is a pretty good lifespan for a car show," he added. "We like to think we do things more uniquely at Somernites Cruise, and maybe that's the reason."

Also at the show is Patrick Glenn Nichols, YouTube star with his own show "Musclecar Barnn Finds." Nichols had to be rescheduled from the June show, but will be doing a meet-and-greet all day on the square in downtown Somerset.

"He scours the countryside looking for forgotten treasures," said Hansford. "He looks in barns and sheds and has been successful with it. He's found some rare and high-dollar collectors' muscle cars people have put away and forgotten about or just neglected."

And since it's so close to Halloween, many cars will be doing "trunk-or-treat" candy giveaways, as well as all the Somernites stations and trailers.

"We just want a really fun atmosphere to close out the season," said Hansford. "We want to wrap things up by saying 'thanks' for season 19. We've got season 20 coming up and have big plans for that, so stay tuned!"