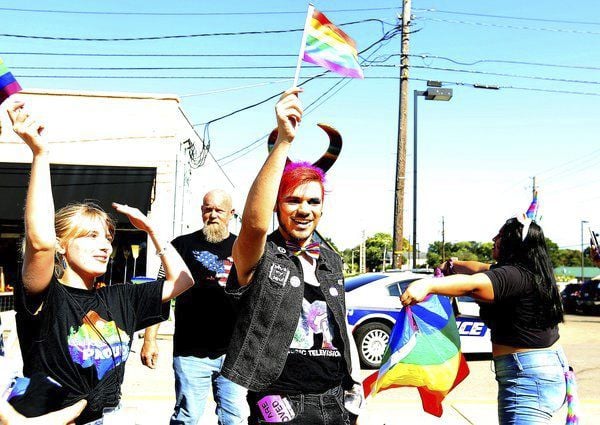 A few hundred people convened on the Pulaski County Judicial Center Plaza in downtown Somerset on Saturday for the Chill Out and Proud 2019 festival celebrating the local LGBTQ+ community. 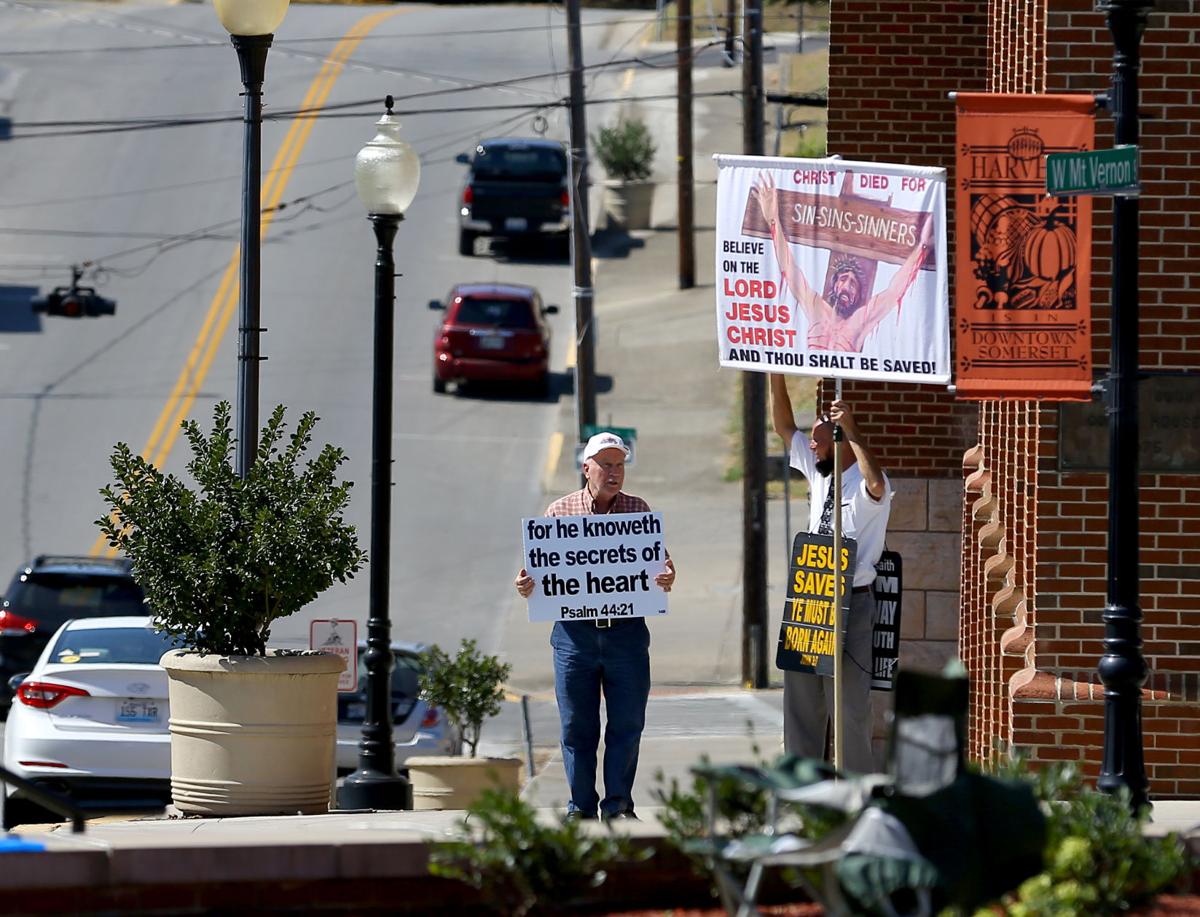 A couple protesters hold up signs near Fountain Square in Somerset during Saturday's "Chill Out and Proud" festival.

A few hundred people convened on the Pulaski County Judicial Center Plaza in downtown Somerset on Saturday for the Chill Out and Proud 2019 festival celebrating the local LGBTQ+ community.

A couple protesters hold up signs near Fountain Square in Somerset during Saturday's "Chill Out and Proud" festival.

Somerset's first gay pride festival is in the books -- and organizers are promising it won't be the last.

"What a day it is for Somerset," Chill Out and Proud 2019 organizer Katherine Moses said in welcoming the crowd to the Pulaski County Judicial Center Plaza Saturday morning. "We have been waiting a long time for this, haven't we? …Today is about unity and building bridges. It's about chilling out, proudly."

In many ways, Chill Out and Proud was like any other festival held in downtown Somerset on any given weekend. Planned activities veered heavily toward the city's thriving art scene and vendor booths (26 in all) lined the edge of the plaza as various musical performers took to the stage.

But it wasn't just any downtown festival. Because of its inclusive mission in terms of sexual orientation, Chill Out and Proud attracted not just supporters but demonstrators of the fire and brimstone persuasion. Moses said organizers were prepared for that, and were thankful that interactions between the two groups were relatively peaceful.

"We welcome and honor their right to protest as we hope they honor our right to use a community space," she said, "It was a great show of democracy either way."

Among the organizations with booths at the festival were PFLAG Somerset (Parents and Families of Lesbians and Gays), which just received its national charter as a local chapter last month and will begin holding meetings next January, and Free Mom Hugs, who recruited local volunteers to help buffer the crowd from any demonstrators trying to disrupt the proceedings.

Free Mom Hugs leader Robin Parker noted that about 40-50 potential volunteers from this community had come to an orientation meeting hosted by Lexington coordinators last weekend. The national nonprofit was founded in Oklahoma City in 2016 but really began to grow when a post by founder Sara Cunningham went viral about a year and a half ago.

"It spread like wildfire," Parker said. "Our Kentucky chapter has over 8,000 followers and 500 volunteers who have been vetted.…Our main mission is just to love people and to let them know that it's ok to be LGBTQ."

Katie Hughes of Berea returned to her hometown in support of the LGBTQ+ event and was impressed by the festival's energy.

"I'm really proud of Somerset for welcoming all the people who live here and making it safe for people to be themselves," she said. "I think it's really great that Somerset seems to be heading in a more progressive direction."

"It's the first time anything has happened like this so I came to see it through," Aaron West observed. "It's great that it's happening.…At least we're getting everyone together to do something."

Andrew Bowman, pastor of Somerset's First Presbyterian Church, brought his family out to show "support and affirmation for people who are marginalized.

"I think the festival's great," he said. "I'm proud of Somerset for doing this."

People came and went throughout the day, so it was difficult gauge attendance. Moses noted that organizers ran out of T-shirts and rainbow flags, so there were more than 200.

"I think it went better than expected," she said. "We definitely had a larger turnout than expected. I think the community showed up and demonstrated their readiness to make this an annual event."

Moses would like to see even more people at the 2nd annual Chill Out and Proud, perhaps in a larger venue and with less resistance.

"People have great impact," she said.