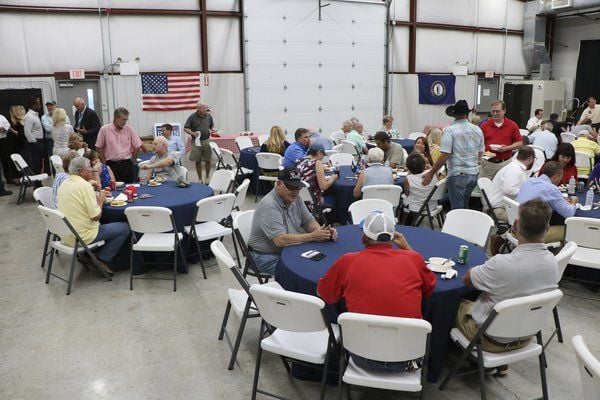 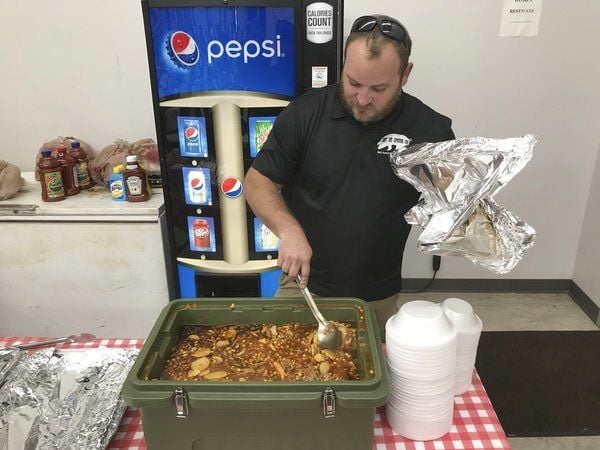 Josh Anderson stirs the burgoo in preparation of serving it at Tuesday's dinner. 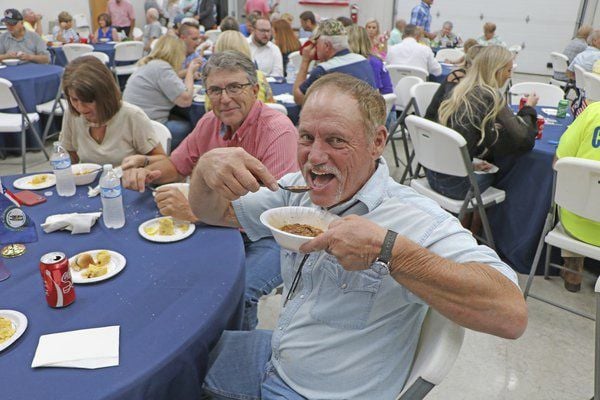 Josh Anderson stirs the burgoo in preparation of serving it at Tuesday's dinner.

Pulaski County's third Boots, Blue Jeans and Burgoo was a success both in terms of gathering a crowd and in bringing in Republican candidates running for state office.

(A rundown of each candidate attending Tuesday's event will be presented in Thursday's edition of the Commonwealth Journal).

The dinner was hosted by the Pulaski County Republican Party. Not only did the crowd get to eat a traditional Kentucky stew - courtesy of Josh Anderson and Get Ur Smoke On barbecue - but the candidates themselves received donations to their campaigns.

Pulaski County Republican Chair Bill Turpen said that the party gave somewhere between $7,000 and $8,000 total to the candidates.

"That's money that we have raised through events like we've had at various places ... We've had a great success with that. That's the purpose of the Republican party in Pulaski County, is to get other Republicans elected," Turpen said.

Congressman Hal Rogers was on hand to spur on the candidates, thanking them for sacrificing their time away from family and jobs for the sake of running for office.

"We've got a great ticket this year," Rogers said. "We've got the sitting governor, several state-wide office holders, and a great ticket that blankets this state. And I'm tickled to be a part of your campaign and to back you entirely."

Turpen agreed, saying, "We just emphasize to everybody what a great ticket we've got from top to bottom. This is the best ticket in Kentucky history, I believe, that's being offered for election. We've got great candidates, and they're very qualified. We're going to be a great state by getting them elected."

State Senator Ralph Alvarado, candidate for lieutenant governor on the ticket with incumbent Matt Bevin, referred to the many campaign stops he and fellow candidates have made in the past few weeks.

"I know these guys are getting as tired as I am at times. I'm a doctor. I'm trained not to get a lot of sleep at night, and I'm pretty used to it, but nonetheless it's a lot of effort, and a lot of effort on the families, so thank you all."

Alvarado also thanked those who attended the dinner, saying, "It's a nice day outside, all of you could be somewhere else if you wanted to. The fact that you're here and committed to the Republican cause and values says something about everybody that's in this room."

Or, as incumbent candidate for state auditor Mike Harmon simply said: "It's a great time. A great time to be a Republican."