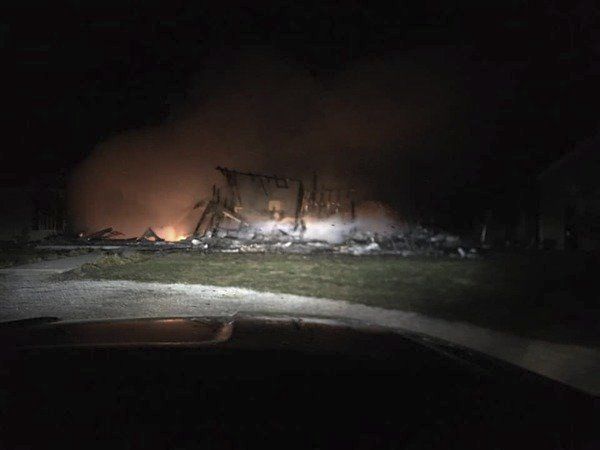 A Sunday fire resulted in a complete loss of the home of Patrick and Ashley Haste around the Pulaski-Casey County line. 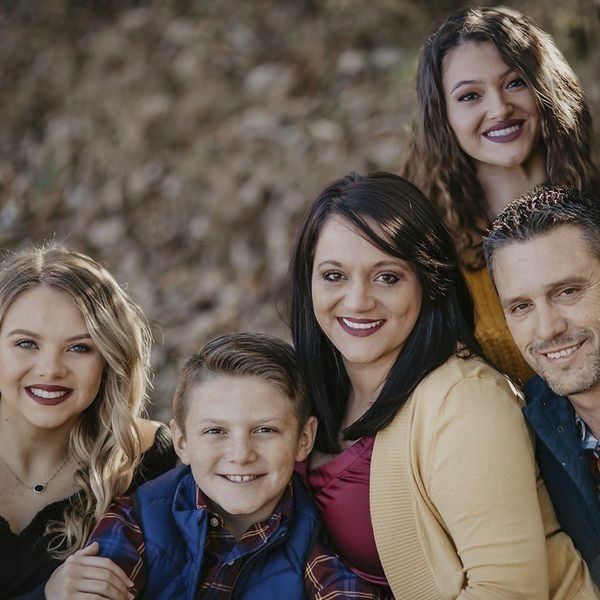 Ashley Haste (center) and her family lost their home to a fire this weekend, though Ashley was the only one at home at the time.

A Sunday fire resulted in a complete loss of the home of Patrick and Ashley Haste around the Pulaski-Casey County line.

Ashley Haste (center) and her family lost their home to a fire this weekend, though Ashley was the only one at home at the time.

"I finally just kind of collapsed in the yard. I didn't know what else to do."

Ashley Haste was facing one of the worst nightmares a person can live through -- watching her home burn with no one around to help.

Haste is a familiar face at the Pulaski County Judicial Center, as she serves as administrative support specialist for district judges. If you've had jury duty in Pulaski District Court, she's probably been the person calling your name.

On Sunday afternoon, everything in her world changed.

"I was home by myself," she said. "I was cleaning. I heard a crackling, popping noise, but there was no smoke in the house."

Nevertheless, the home in the Bethelridge area, around the line between Pulaski and Casey Counties was on fire -- but it was in the attic, where Haste couldn't detect it.

"It was burning about 15 minutes before I realized (there was a fire)," said Haste. "It wasn't until the electricity went out and I smelled something burning."

Haste went into the hallway and found flames around the front door. She tried to go out the back but it was locked. In a panic, Haste struggled with the door until she was able to kick it down and get out.

Fortunately, she was the only one at home -- husband Patrick was out, even the dog was out with Haste's son -- but that also meant she was all alone. Her phone was inside the house, and Haste had no way to call 911.

"My husband wasn't at home, no neighbors were at home," she said. "I was just panicking."

About 10 minutes later, a neighbor finally came out; about two minutes after that, Patrick came down the road.

Help was called, but it wasn't able to save the Haste family's possessions -- their whole life in material form. The home was a total loss.

"We're kind of starting over again," she said. "It's pretty devastating. Those are a lot of memories, things we've worked for our whole lives."

However, "the most important thing" is that everyone is healthy and alive in the Haste family.

"We're thankful everyone got out, and we're all safe," she said.

The community has come to the family's aid. Haste said they've received so many donations right now that they haven't been able to process them all yet.

"We have our basic necessities that we need -- toothbrushes, socks, undergarments -- but we have people bringing in clothes. In time, that will accumulate," she said. "It's maybe not everything we've always had but it's what we need right now."

Haste didn't say that the family needed anything specific to be donated, but did say that if anyone had anything they'd like to put forward to help the family, she can be contacted at 606-669-8884.

Pulaski District Judge Kathryn Slone said that she'd been helping the family, sorting through items every night since the fire -- even the night of the blaze, she was there until midnight.

"(Haste) is one of the smartest, (most) determined, and hardest-working people I know," said Slone. "I am proud to call her my friend and was absolutely devastated when I found out. So much so that we went straight to her that night.

"We all just need to keep her and her family in our prayers," added Slone, "and remind ourselves of all the blessings we all have each and every day."