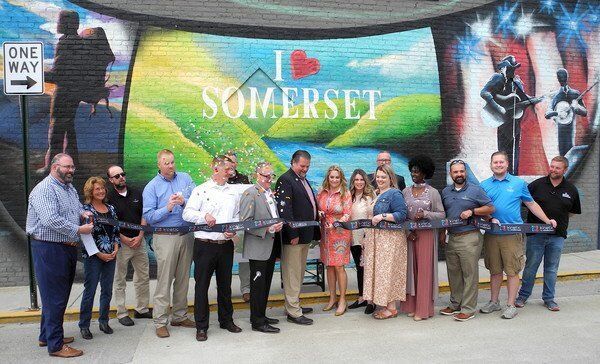 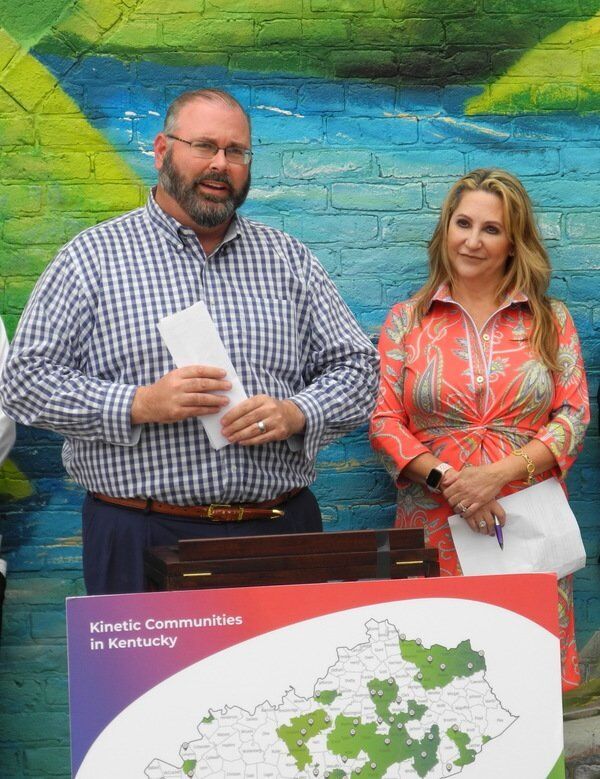 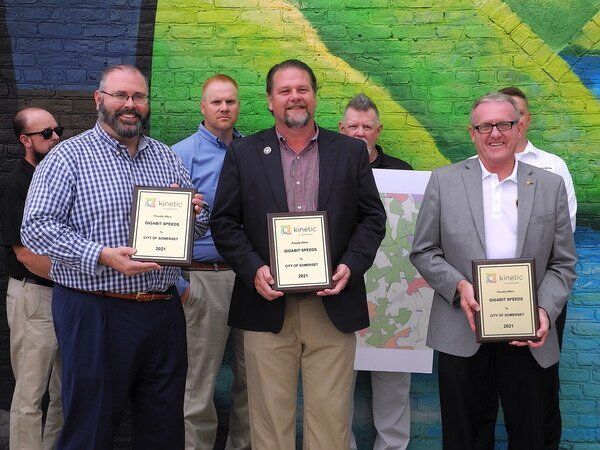 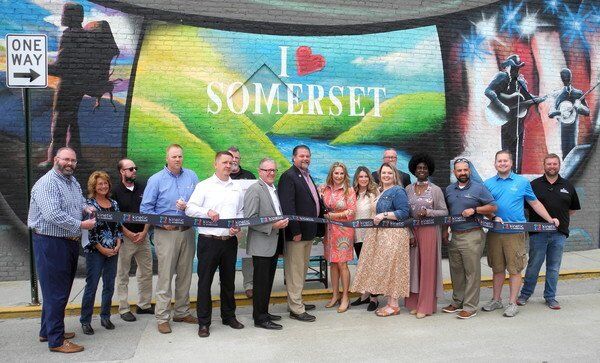 The Somerset-Pulaski Chamber of Commerce hosted a ribbon-cutting Thursday afternoon to celebrate Windstream's completion of a fiber broadband project impacting more than 8,400 residents.

The Somerset-Pulaski Chamber of Commerce hosted a ribbon-cutting Thursday afternoon to celebrate Windstream's completion of a fiber broadband project impacting more than 8,400 residents.

Several local officials were on hand at the Somerset-Pulaski Chamber of Commerce Thursday to participate in a ribbon-cutting to celebrate Kinetic by Windstream's expansion of high-speed internet connectivity to some 8,415 county residents.

According to Stephanie Bell, Windstream vice president of government affairs in Kentucky, the new fiberoptic cables provide one gigabit-per-second capabilities to households and businesses in the project area.

In addition to the completed project, Bell also announced that Windstream has been awarded a $1.5 million RDOF (Rural Digital Opportunity Fund) grant to extend broadband service to another 4,000 in underserved areas of the county, including Burnside.

"We are proud to be a partner with Pulaski County…," Bell continued. "We're big supporters of this community. Somerset and Pulaski County are going to do big things."

Judge-Executive Steve Kelley thanked the telecom company for its efforts and added that the county is currently awaiting word on their application for a National Telecommunications and Information Administration (NTIA) grant.

"When I first came into office, it was a priority for me to get high-speed broadband to the folks of rural Pulaski County," Judge Kelley said. "We're getting close with help from people like Windstream and our government that's giving broadband monies to communities like ours. We're going to get there where we can compete with everybody across this country and across the world."

As important as broadband has been for local economies in recent years, Burnside Mayor Robert Lawson noted that it's become even more important over the last year. "Covid has changed the way we do things," he said.

Chamber Executive Director Bobby Clue recalled how cellular service was spotty as he was growing up in Nancy.

"To think that we're having high-speed fiber internet here in our community is mind-blowing," Clue said. "It's such a wonderful and exciting time to be here with the announcements of AppHarvest and Horse Soldier Bourbon. We're on the map, folks, and Kinetic by Windstream has done an awful lot to help with that."