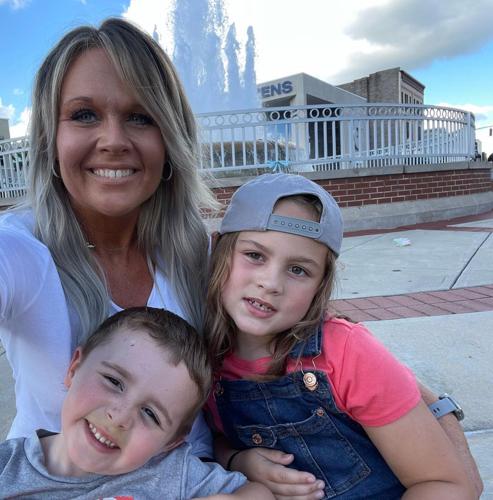 Amber Snell with daughter Erin, 6, and son Ivan, 4. Snell made a complaint about possible health risks at Pulaski County Park’s beach after the children came down with rash-like symptoms. 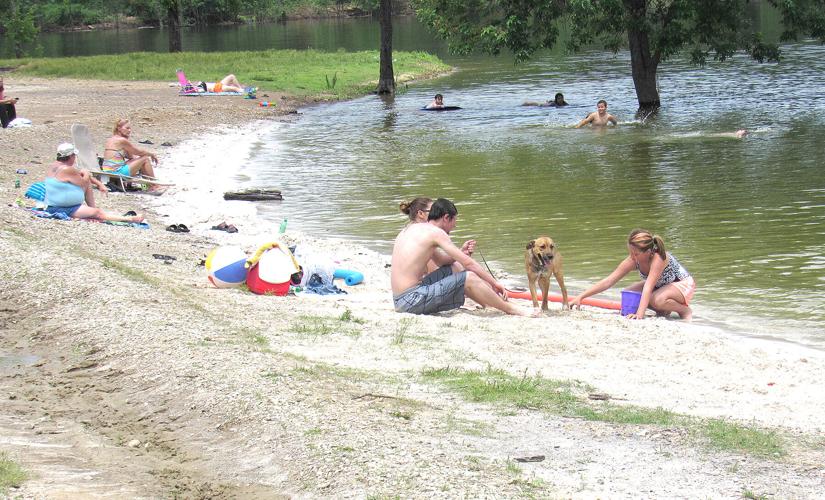 The beach at Pulaski County park has been a popular location for summertime fun in recent years — but concerns about possible health risks have it closed for the time being as testing is done.

Amber Snell with daughter Erin, 6, and son Ivan, 4. Snell made a complaint about possible health risks at Pulaski County Park’s beach after the children came down with rash-like symptoms.

The beach at Pulaski County park has been a popular location for summertime fun in recent years — but concerns about possible health risks have it closed for the time being as testing is done.

It should have been a nice day at the park. It turned out to be something Amber Nix Snell’s family will never forget — for all the wrong reasons.

Snell is the woman who made the complaint about possible fungus at Pulaski County Park’s beach that ended up getting the recreational area closed last week until testing of the water there can be done. That process takes a while, however, and on Thursday, Pulaski Judge-Executive Steve Kelley said that the beach may remain closed for the rest of the year, as tourism season is nearly at its close. (The park itself has not been shut down.)

It’s unfortunate in particular, since Pulaski County Park is a favorite place for Snell’s family to get out and have fun.

“We love PC Park and especially Cabin C,” she said in speaking with the Commonwealth Journal this week. “We have been going there the last two summers now. We have been fortunate to even get cabins beside each other to have our friends stay near us and make a long, fun weekend away with the kids so they can ride their bikes, visit friends, ride on golf carts, go out on the lake, and of course make S’mores around the campfire.”

This year, the family took their trip the last week of June, going out on the lake that Sunday. Come Monday, “a beautiful day” as Snell described it, they went down to the beach area and met with friends so their daughters could play together.

“My kids were playing in the water and in the sand. My husband would occasionally get in to cool off,” she said. “That day my kids were trying to bury their legs and hips in the sand to appear like they had a mermaid tail when I would help them pile the sand up around their lower body and create the illusion of a tale. That’s something that now sticks out in my mind now because of the location of their lesions.

“We went back to our cabin after they were done swimming,” she said. “Anytime we are every in the lake or public pool, everyone gets a shower and cleaned off good. So both the kids took their turn and I’m a mom of a 4- and 6-year-old so I’m aware of the bumps and bruises since these are two very active and adventurous kids.

“So the second day we walked around to see if there was anywhere besides the enclosed beach area,” she added. “We stopped at the first public pull-off area behind the fence where its large grassy area and where people can put their kayaks in and pull out. There were geese everywhere and their feces was just within every step, and I can’t handle that. So, we went back to the beach.”

A few days later, Snell started noticed places on her daughter Erin’s skin that appeared to look like “road rash,” she said, though the girl hadn’t had any bicycle wrecks or similar accidents that would have resulted in that kind of injury.

“Then when my son’s started coming up about a week after hers, his was the same consistency with what looked like a very bad burn that was just thankfully not as painful,” said Snell. “They started out like a rash with a round outer circle in some places and then others like a rash with bumps, that eventually became a larger lesion.”

Unsure of the cause, the Snells sought medical attention in mu-July.. The doctor ruled out roundworm, said Snell, and wanted to treat the condition like a yeast infection on the skin, but when son Ivan, ended up with something similar, it was confirmed as impetigo, a skin infection common in youth. The condition is contagious, but Snell said they had not been around anyone with similar symptoms, and it was not apparent before the trip.

“The doctor was concerned after I told him on our second visit ... that we were at the beach and lake and that was the only place we knew that 80 percent of their lesions came from, considering they were sitting and rubbing the sand and water all over their legs,” said Snell. “So, whether it’s the water or the sand, my husband ended up with a stye in both of his eyes after he swam with them. I made the kids keep their shoes on while we were there, but I guess there are still things out of our control.

“We are mainly pool swimmers, or creek and river, but my parent’s pool has been the only place we’ve been besides the lake from June to that point at the end of July,” she added.

Snell posted about the experience on Facebook, to see if anyone else had experienced something similar.

“I was overwhelmed for four days of messages, comments, people I didn’t know who had a child, or sister, or someone I knew personally with a skin condition immediately after being at the beach or offshore areas at the park,” she said. “Swimmer’s Itch was the most common, that’s from fecal parasites in the water, several ear and eye infections. I had several community members share their own pictures and stories of the same type of lesions our kids had. Altogether, 107 people since Memorial Day this year had taken home more than what they brought.”

Snell spoke with both Stuart Spillman, Environmental Director with the Lake Cumberland District Health Department, and as well as the Kentucky Energy and Environment Cabinet. In her message to Spillman, she referenced Kentucky Administrative Regulations, specifically 902 KAR 10:120, Section 7, “the applicable portion to beaches and explains testing for E. coli,” and also wrote “If this is indeed an area that has been sectioned off for swimming then plans need to be submitted to (the) Public Safety Branch to start the process of getting an establishment number and routinely inspected.”

She also communicated with Kelley on the issue, who told her that they would be investigating the beach and swimming areas at the park, and said, “I hope your family is ok. I wish you would have reached out to me as soon as you had questions,” according to a screenshot of the text message that Snell shared with the Commonwealth Journal.

“The hardest part was hitting send on the complaint to the state. But within two hours I had a call back and confirmation this would be investigated and taken care of,” she said. “When they couldn’t identify the beach area I was referring to, that’s when everything went from a complaint to the non-compliance for registration with the Public Safety Office. More or less it’s the point that other locations like this are regularly testing ... yet this fell through, for a very long time.”

She added that the email she received from Energy and Environment “indicated that it was never reported as a roped off area for swimming and that they had to have regular testing and compliance recorded.”

Additionally, Laurel Lake had a similar situation last year in June with E. coli in the water, noted Snell.

Snell said her family is on the mend. Erin now has just scars that Snell hopes will heal up with more time, and Ivan’s are about to be unnoticeable as well, “so I think we’re about to kick this.”

They won’t let this incident deter them from using the park, said Snell, but is pleased that regular testing of the water will now be done at the park. Previously, the beach was approved through the U.S. Army Corps of Engineers, but following this incident, officials have said the beach will need to be permitted through the Lake Cumberland District Health Department, which will involve more regular testing.

“If they are following the protocol from the Public Safety Branch, they will be following the mandatory testing next summer or that can be searched on the internet for water testing results since it’s public knowledge,” said Snell.

“We love it very much. Just wish they had been testing,” she added. “Someone just dropped the ball on that.”