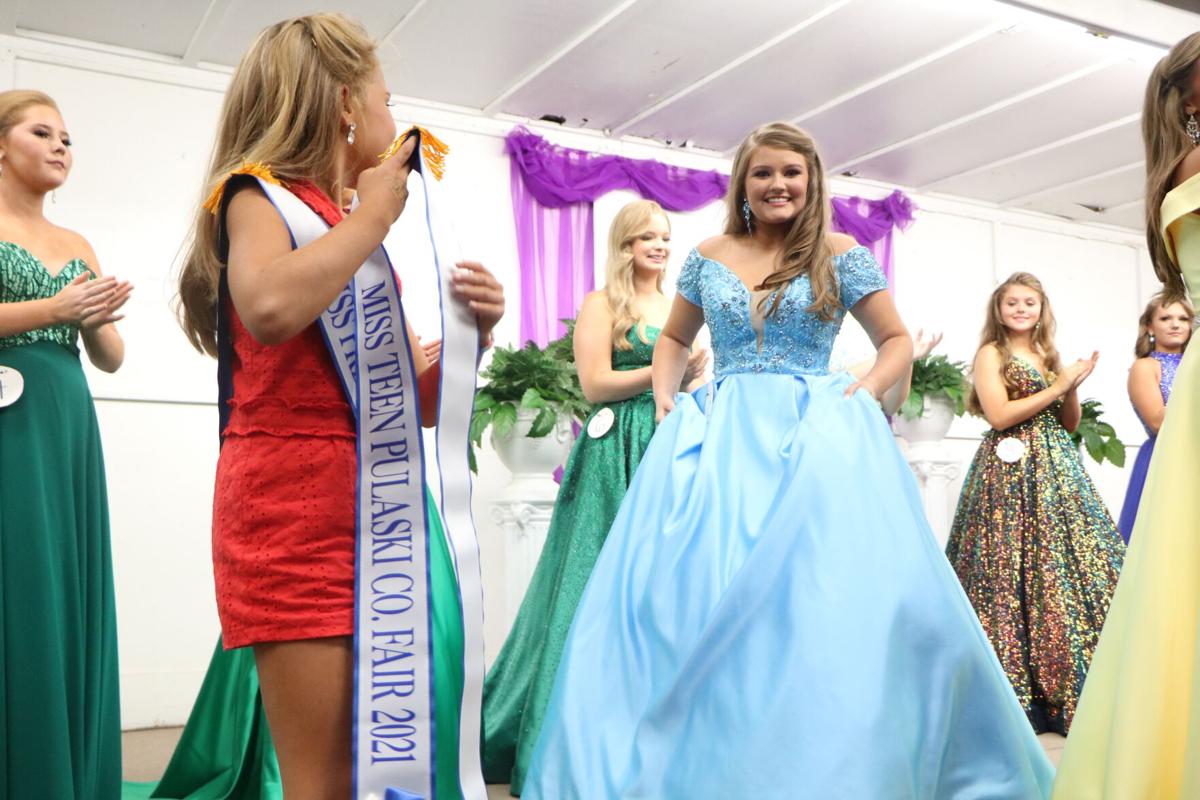 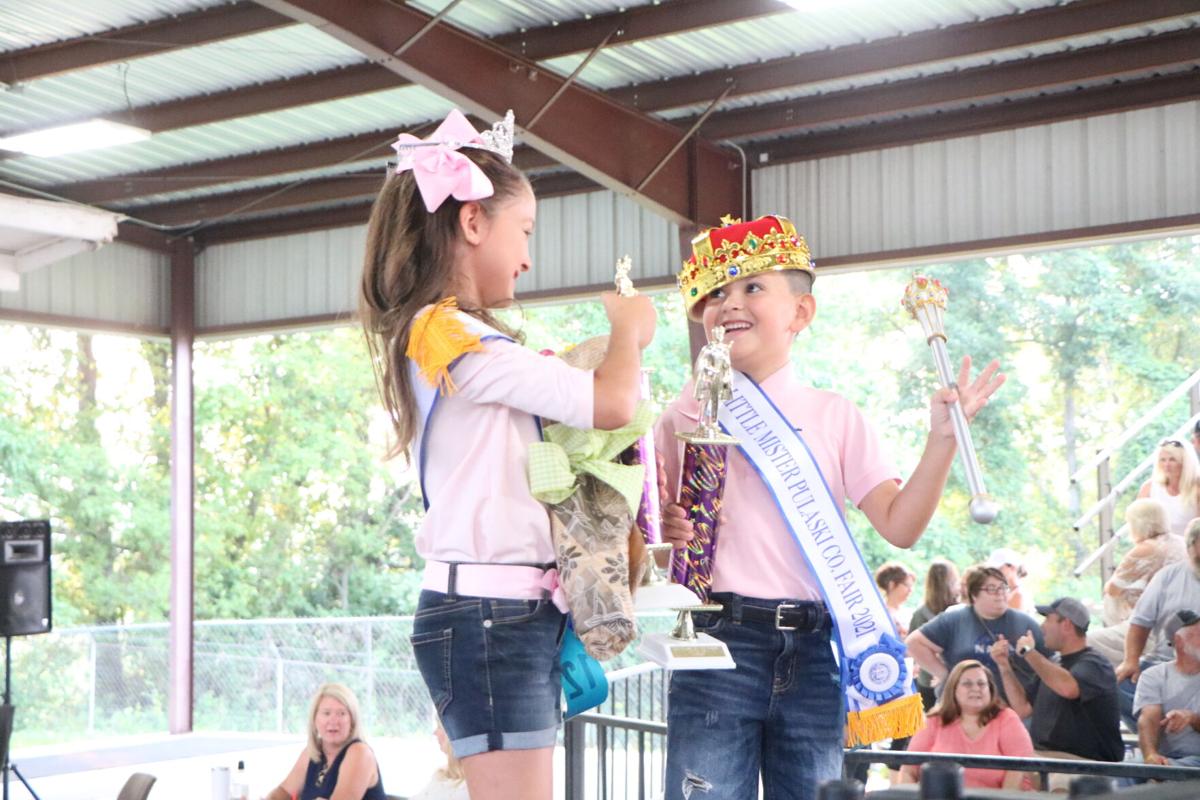 Who's the fairest at the fair?

As the Pulaski County Fair rolls on this week, more pageants were held on Tuesday following Monday's crowning of Miss Pulaski County.

This time, 14 young women competed for the title of Miss Teen Pulaski, while pairs of precocious Little Miss and Mister candidates won the hearts of everyone gathered in the open-air pavilion on the Pulaski County Fairgrounds.

Reilly Evelyn Smith took home the tiara for Miss Teen Pulaski. Dazzling in a light blue dress for the "evening gown" portion of the competition, Smith wore her surprise on her face after being announced the winner as per the decision of a trio of judges.

"It means so much," said Smith of the title after she was crowned. "It was like my dream, and it still feels like a dream right now, but I'm really excited."

Smith, 15, of Somerset, is a sophomore at Southwestern High School. First runner-up was another Southwestern student, Natalee Foster, 15.

"The girl who got first runner-up, I thought she was going to win. She's my best friend," said Smith, who shared a big hug with Foster after being announced the winner.

Smith is no stranger to the pageant world. She won the Pulaski County Fair's "Pre-Teen" competition in 2016. Nevertheless, "I was very nervous," she said with a laugh of her time on the stage Tuesday.

"It's definitely fun meeting new friends, and it's taught me a lot," she said of her pageant experiences. "I know how to speak in front of a crowd and have confidence in myself, and I love it so much."

Contestants modeled sportswear first, then changed into evening gowns and answered a question posed to them by emcee Rosemary Bray. Of course, the dress is a key part in any pageant contestant's self-presentation, and Smith's selection just spoke to her.

Smith now moves on to the state Miss Teen competition in October, and she's "really excited" for the opportunity. She was very appreciative of her vocal fans who showed up Tuesday to cheer her on.

"They're all so supportive, and I couldn't be here without them," said Smith. "I love them all so much."

For the Little Miss and Mister, local personality John Alexander entertained with lively interactions with the young children, who walked the runway holding hands and gave awestruck answers to fun random questions, a la "Kids Say the Darndest Things." Personal information announced for each child included things like their favorite food or favorite thing to watch on TV — as one can imagine, choices like "mac and cheese" and "pizza" along with cartoons were typical favorites.

When asked if she expected to win, Ellis Wade gave an enthusiastic "Mmhm!" with a big grin.

"I got nervous at one point, but when I got on stage, I got okay," she said.

Kase Gonyer said it felt "great" to win but he had fun.

His mom, Rosa Gonyer, said it was "awesome" to see her son up there. She noted that he and Ellis became friends at another pageant outside Pulaski County.

Ellis' mom Chandler Wade noted that the youngsters would now move on to state competition.

"I think it's pretty cool," said Chandler Wade. "It's exciting and fun and they really have a good time."