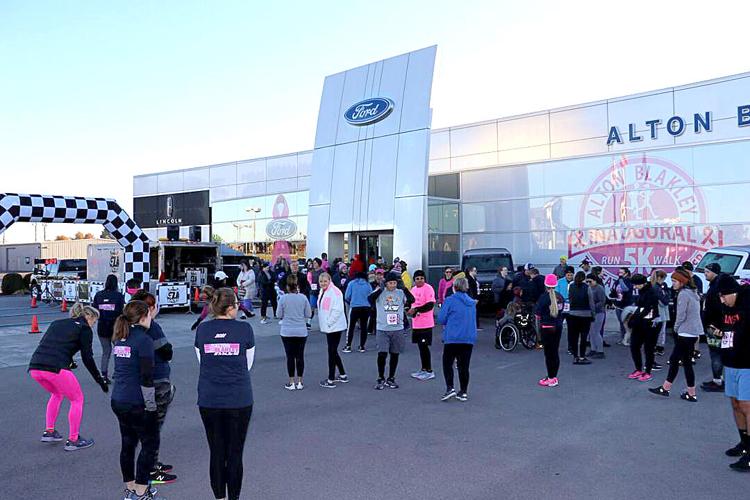 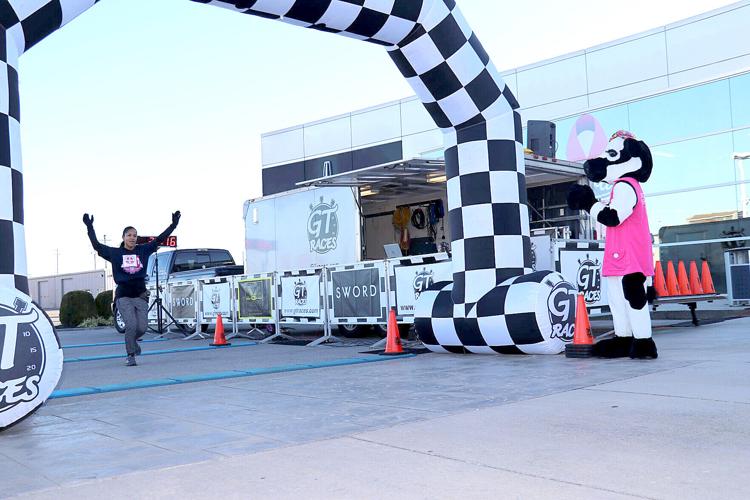 One of the participants in the 2021 Alton Blakley 5K Run/Walk to Beat Breast Cancer crosses the finish line.

One of the participants in the 2021 Alton Blakley 5K Run/Walk to Beat Breast Cancer crosses the finish line.

Looking for a way to exercise and raise money for a good cause? Look no further than the Second Annual Alton Blakley 5K Run/Walk to Beat Breast Cancer.

The 5K takes place Saturday, October 1 at 8:30 a.m. Registration is already underway, and participants can pre-register by going to runsignup.com/AltonBlakley5K.

The event is already getting a lot of support, according to Brad Gover, the marketing director for the Alton Blakley Family of Dealerships. As of mid-September, Gover said registrations showed they were on track to have more participants than last year’s inaugural race.

Part of the reason for that is that they have joined this year’s Lake Cumberland Run/Walk Series, so those who want to keep competitive throughout the year can measure themselves against the county’s best athletes.

Gover said those shirts will be white with a pink logo, signifying the importance of the cause they are running for.

Organizers are raising money for the American Cancer Society, will all proceeds going towards breast cancer research. It’s a cause that is near and dear to the hearts of the Alton Blakley Dealership family, as several people connected to them have fought the disease.

This year is especially bittersweet, as the company lost one of their own in July.

Andrea Ridner, a business center development representative for the dealership, passed away at just 48 years old, due to the cancer.

“It had spread into her brain, and unfortunately she passed away,” Gover said. “So Alton Blakley folks will be walking to remember Andrea as well.”

Everyone is encouraged to participate, even if they prefer to walk the course rather than run it, Gover said.

“People don’t have to run it. We’re encouraging that, if they’re avid runners, to come on and run, but even the casual walker can do it.”

The start/finish line will be located in the same place it was last year, right out in front of the Ford Dealership building on South U.S. 27.

From there, participants will travel south on Monticello Street, run a lap around the parking lot of the Center for Rural Development, book it on down to Airport Road, take the scenic route around the campus of Somerset Community College, then jog (or shuffle, depending on their energy level at that point) back to the Ford Dealership.

“It’s a challenging route, but what I’m reminded of is that breast cancer journey is pretty rough, too,” Gover said.

He added his thanks to the City of Somerset, Center for Rural Development and SCC for allowing them the use of their roads and property for the event.

The route will be marked out, and volunteers will stand along the way to offer water or assist anyone who needs to be pointed in the right direction.

Before the race, runners can fuel up on Chick-fil-A biscuits and Baxter’s coffee, Gover said.

And just like last year, medals will be awarded to the first, second and third place finishers in several categories, including overall male, overall female, teams, and several different age groups.

The 5K raised more than $7,000 for the American Cancer Society last year.

To register for the Alton Blakley 5K Run/Walk to Beat Breast Cancer, go to: runsignup.com/AltonBlakley5K.