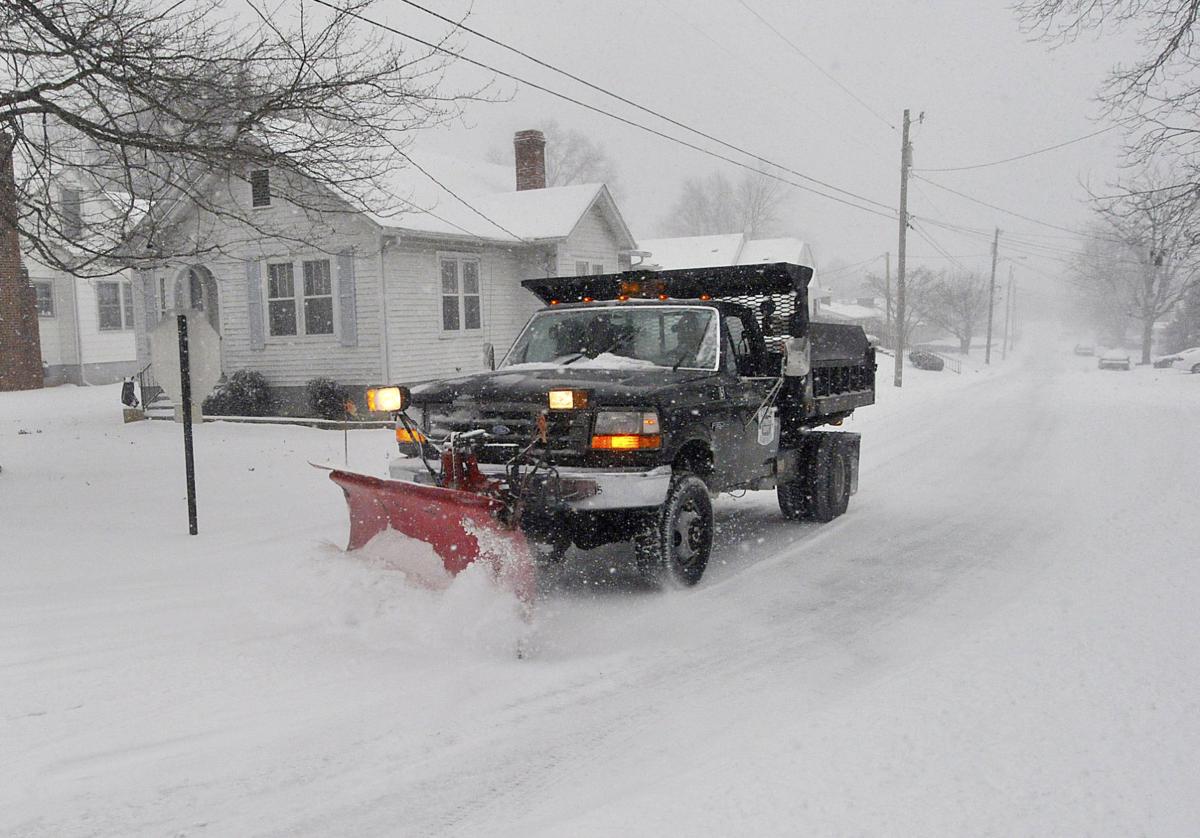 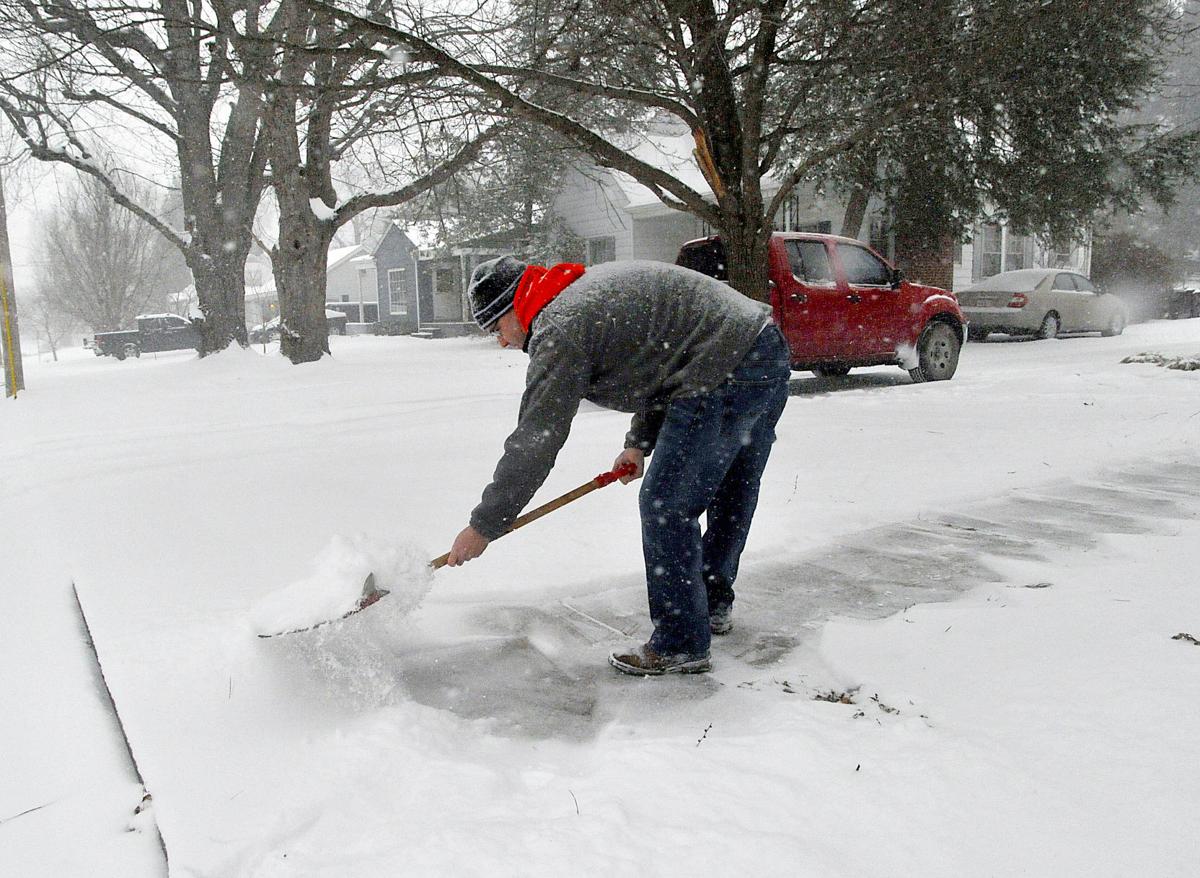 A Grande Avenue resident shovels snow in front of his residence. 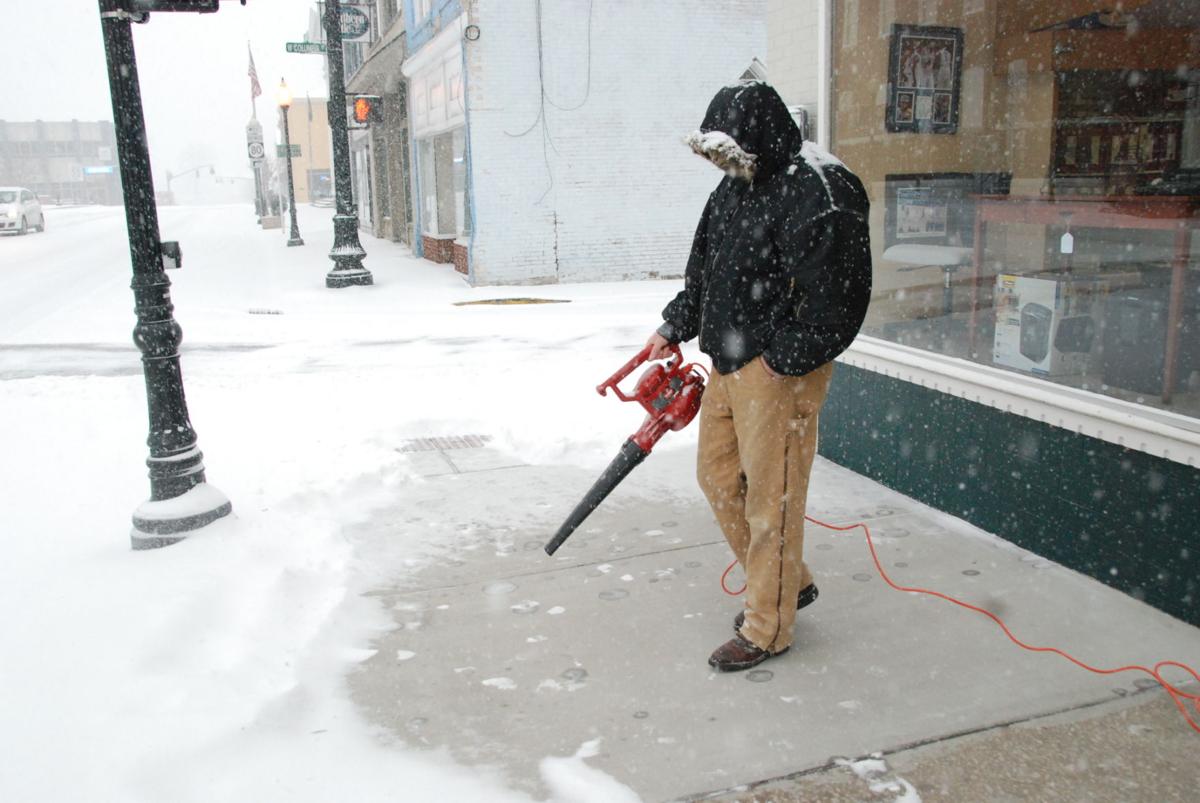 James Maggard blows snow away from the front of Anderson Office Supply on Main Street. 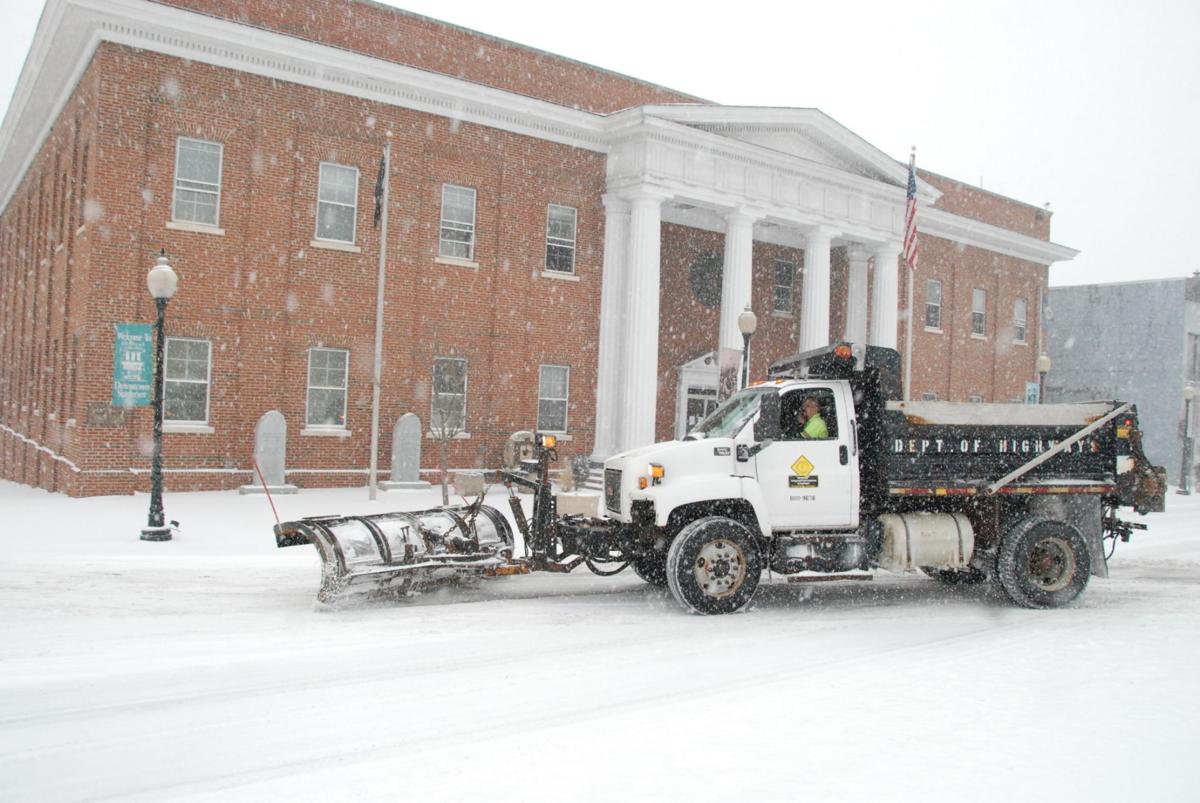 A Kentucky Department of Highways truck was one of the numerous city, county and state vehicles out clearing roadways during Monday’s heavy early snowfall. Roads downtown were largely empty as people stayed home from work and were advised not to travel unless necessary.

A Grande Avenue resident shovels snow in front of his residence.

James Maggard blows snow away from the front of Anderson Office Supply on Main Street.

A Kentucky Department of Highways truck was one of the numerous city, county and state vehicles out clearing roadways during Monday’s heavy early snowfall. Roads downtown were largely empty as people stayed home from work and were advised not to travel unless necessary.

Snow fell early and heavily in Pulaski County on Monday morning, creating a white blanket across the area that only promised to get worse as the day continued.

Winter Storm Octavia, as the weather event has been named, made her promised voyage across the southern United States, sparing not a patch of the Bluegrass State from her wintry wrath. The result is a snowfall that’s expected to produce near-record accumulation totals before all is said and done.

According to Tony Edwards, meteorologist with the National Weather Service Office in Jackson, Ky., snow started falling locally around 4:30 a.m. in the northern part of Pulaski, and made its way to Somerset at around 5 a.m.

“It was generally light snow at first; it’s been picking up throughout the morning,” said Edwards, who spoke to the Commonwealth Journal at approximately 10:30 a.m. Monday.

The last total he’d received at that time was an accumulation of four inches at about 9:20 a.m.; he figured that the county was up to five or more inches by the time he was speaking.

“It will snow moderately to heavily throughout the day, and taper off by midnight,” he said.

Snowfall totals would likely range from around a foot in the southern part of the county to 16-17 inches in the northern end, “so at least a foot for the whole county,” he said.

With temperatures in the teens early Monday, the bitter cold made it tough not only on those forced to be outside but also the numerous city, county, and state crews out clearing a path for the scant number of drivers out on the roads.

The City of Somerset announced to the public on Monday that its city offices were closed until further notice. It also asked on its Facebook page that people “only go out if it’s absolutely necessary,” and reminded people to park off of city streets if at all possible so salt trucks can effectively plow and salt the roads.

Pulaski County Government posted on its Facebook page late Sunday night that its road crews were ready to head out, “but we anticipate getting so much in such a short amount of time, that roads will not be completely clear for a few days.”

The county government added, “Please stay off the roads unless you have an emergency. If you need help please call 911 for assistance. We will do everything we can to keep everyone safe during the difficult days ahead.”

Tiger Robinson, Public Safety Director for Pulaski County, said there hadn’t been any injury accidents reported by about 10 a.m. Monday; school being out anyway for Preisdent’s Day helped with that, he noted.

“Everything’s going well so far,” said Robinson on Monday morning. “... We’re trying to make sure everybody’s safe and so forth. I don’t know what we’re going to get.”

The “drier” snow has helped reduce the risk of electricity outages, but “that can change too,” he noted.

Robinson advised anyone traveling pack an extra change of clothes and blankets just in case they get stuck on the road. He said that as the snow gets more packed, the slicker roads might get.

“Plan ahead early,” he said. “If you’ve got to go somewhere, make sure you leave in plenty of time and slow down.”

He added that his personnel has been trying to help get shelters going for people who need a place to come in from the cold. There is a shelter set up at Langdon Street Baptist Church (call Logan Hargis at 606-305-9628 for more details), and Robinson said people can also call 911 for directions on where to go if they need assistance.

“We are obviously not having school on Tuesday or Wednesday. I hope we can have our staff growth day later on in the week,” he said. “Right now I am thinking Thursday or Friday, but let me see what the temperatures and snowfall amounts look like and get a better idea sometime Wednesday. For parents and students, with the projected temperatures being in the arctic range on Wednesday and Thursday, it will be very difficult for us to have school in Pulaski County this week.”

The brutal weather won’t soon let up. In addition to cold temperatures preventing melting, Edwards said there will be another arctic front move through Wednesday morning bringing more snow showers and very cold air behind it, meaning sub-zero temperatures.

These snow showers won’t bring much accumulation, but will be “real intense for a brief amount of time,” he said, including low visibility and possibly even thunder.

The Commonwealth Journal will attempt to deliver papers as possible. Readers can also visit www.somerset-kentucky.com for weather coverage or use the E-Edition link on the website.