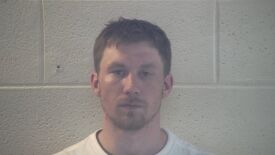 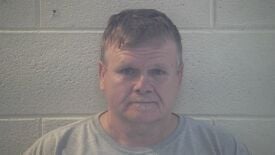 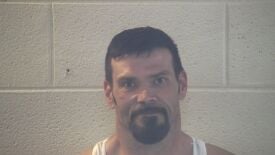 A trip to the East Hills subdivision netted three arrests on drug-related charges for the Pulaski County Sheriff’s Office this past weekend.

According to the Pulaski County Sheriff’s Office, Deputy Tan Hudson was conducting surveillance Sunday night in the subdivision in eastern Pulaski when he observed a vehicle turn onto East Ky. 80 driving carelessly. The vehicle was seen leaving what the sheriff’s office called a “known drug house” that Hudson had been investigating.

Hudson’s investigation led to the request of a drug-detecting canine from to perform a “walk-around” for the detection of possible contraband inside the vehicle; Smith, already at the scene, used K-9 Giro for this purpose.

Giro altered the deputies to the presence of a large baggie and three small baggies in the vehicle containing a white crystal substance, weighing approximately 14 grams in total, according to the sheriff’s office.

Akin was arrested and charged with first-degree trafficking in a controlled substance (over 2 grams), first offense, and possession of drug paraphernalia.

But Akin wasn’t the only one taken into custody that evening. The sheriff’s office also served a search warrant on the Shannon Lane residence which was under surveillance by Hudson, a warrant generated as a result of the traffic stop on Akin, according to the sheriff’s office. This took place around midnight, into Monday morning.

Upon arrival, deputies made contact with a female, who opened the front door, announced their presence, and entered. Deputies located two individuals in a bedroom — Dewayne Ballou, 59 of Shannon Lanes, and James Huesman, 41, of Sagasser Street in Somerset, according to the sheriff’s office. Deputies also located a female in an adjoining bedroom.

A search of the residence uncovered approximately 22 grams of methamphetamine, digital scales, baggies, and paraphernalia, according to the sheriff’s office, which also informed that deputies searches Huesman’s vehicle and located syringes and digital scales.

Both Ballou and Huesman were arrested and charged with first-degree trafficking in a controlled substance (methaphetamine), first offense, and possession od drug paraphernalia.

Both individuals, as well as Akin, were lodged in the Pulaski County Detention Center.

Neither woman at Shannon Lane was arrested.

The investigation is continuing by the Narcotics Division of the Pulaski County Sheriff’s Office.